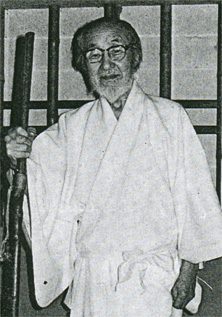 CHAN: ITS MEANING FOR MODERN CIVILIZATION

As to the question, “What is Chan?” if one is to be brief, it may perhaps suffice to utter just one word or, indeed, to utter no word at all. If, however, one is to elaborate, it may be said that no amount of elaboration can ever prove to be exhaustive. The intention here, however, is to be as simple and as plain as possible.

In the common view, Chan is a school of Buddhism which was founded by Bodhidharma in the sixth century in China. Speaking from the side of Chan, however, Chan is not one particular school within Buddhism; it is, rather, the root-source of Buddhism. There is a good reason for this.

Each of the various schools of Buddhism has a basic expression to characterize its fundamental teaching. Chan’s basic expression, dating from the early period of Chan’s introduction into China and attributed to Bodhidharma, is:

“Not relying on words or letters,
An independent Self-transmitting apart from any teaching;
Directly pointing to man’s Mind, having them
See their (Original-) Nature and actualize the Buddhahood.”

This expression attempted at once to do several things : to criticize and to break through radically the kind of Buddhism prevalent in China at the time of the rise of Chan; to express verbally the true nature of Buddhism; to return to the true source of Buddhism and to produce anew, therefrom, a genuine Buddhist creation.

This mode of creative criticism raised by Chan Buddhism fifteen centuries ago may provide a suggestive precedent not only for present-day Buddhism but also for present-day religion in general. For it is an authentic and appropriate way to revive and make fully alive again religions which have succumbed to formalization and conventionalization.

As regards the first part of Chan’s basic expression, “Not relying on words,” this is not to be taken simply literally. “Not relying on words” does not mean the complete negation (as ordinarily understood) of words. Rather, it is to be taken to mean “prior to words” in the sense of not depending on words, not being bound or caught by words. It must be explained that as here used the term “words” refers to the Buddhist sutras, which are all expressed in words.

Ordinarily, the Buddhist sutras are treated as records of the oral expositions of Shâkyamuni and are considered to be the source of and the authority for Buddhism. Today, however, modern research into the historical actualities of the compilation of the scriptures has made clear that what is spoken of as the sutras are not all the direct discourses of Shâkyamuni, but also include sutras which were composed many centuries after Shâkyamuni. Until this realization, however, the sutras were generally regarded by Buddhists as the ultimate foundation and authority of Buddhism. When each of the various schools of Buddhism was about to be founded, the founder always sought in the sutras the final authority for the truth to be embodied in the new Buddhist form. In the traditional Buddhist view, the final norm of truth was contained in the sutras; that which had no basis in the sutras could not be called truth.

Accordingly, each Buddhist school has its own particular sutra (or sutras) as the ultimate authorization of its teaching. For example, the Kegon School has for its authoritative scripture the Avatamsaka Sutra (Huayanjing); the Tendai and the Nichiren Schools, the Saddharmapundarîka Sutra; and the Pure Land School, the “three Pure Land Sutras.” To prove that they are Buddhist and that their teaching is true, the various schools have recourse to their authoritative scriptures. In this regard, the same is true of Christianity. For Christianity, the Bible is the exact counterpart of the Buddhist sutras; it constitutes for Christianity the final criterion of truth and is itself absolute truth.

Chan, however, has no such authoritative sutra upon which it is based. This does not mean that it arbitrarily ignores the sutras, but rather that it dares to be independent of the sutras. Chan severely condemns that Buddhist sutra-dogmatism or sutra-magic which makes the sutras the final norm of truth. Chan rather casts off such dogmatism and magic and seeks to return to the source of the sutras — that is, to that which is “prior to” the sutras. In this, Bodhidharma’s response of “No-Merit!” was a great criticism of the Buddhism of his time; indeed, it was revolutionary.

It is this Mind, the “Mind” as the source of the scriptures, which is meant in the previously mentioned, “Directly pointing to man’s Mind, having them See their (Original-) Nature and actualize the Buddhahood.” By the word Nature in “See their (Original-) Nature” is meant man’s original nature, that is, one’s true way of being. This is generally called, in Buddhism, BuddhaNature or Mind-Nature. In Chan, however, it is called Self-Nature or “one’s Original-Face,” expressions which are far more intimate to us humans. Self-Nature is our own original human nature, and this original nature is no other than “man’s Mind.” For Chan, it is precisely “man’s Mind” which is the “Buddha-Mind.” Apart from this “Mind of man,” there is nothing which is truly to be called “Buddha.” Again, Buddha is not to be sought outside of this “Mind.”

Consequently, “See their (Original-) Nature” means finally, that we human beings “see” man’s own original nature. This does not mean “objectively” to see, to contemplate, to cognize, nor, of course, to believe in the nature of some Buddha which is wholly other to man. That is, though we say “to see one’s original nature,” this does not mean to see with the eyes. Nor does it mean to contemplate, as in the case of “contemplating the dharma.” As Dazhu (a Chinese Chan master of the 9th century) said, “the Seeing is itself the (Original-) Nature.” This “seeing” is man’s awakening to one’s own original nature. In Chan, apart from the one who has awakened to one’s original nature, there is no Buddha to be called Buddha. It is the awakening of man’s original nature which is the actualization or attainment of Buddhahood; hence, “See their Original-Nature and actualize the Buddhahood.”

Returning to the matter of the Buddhist sutras, there are written within those sutras many things which are no longer acceptable today, however much one may try to make them acceptable by forced interpretations. This reminds one of Bultman’s “de-mythologizing” [with which he pointed out the same problem in the Christian context].

Especially today when the influence of Western religion, philosophy, and science has entered into the sphere of Buddhist influence, if one is taken up with the words of the sutras, then one is caught and bound by words expounded in the past; this, then, becomes an obstacle to an understanding of the original meaning and, consequently, it becomes impossible to give that original meaning a new and free contemporary expression.

Rather than rely on what has been expressed in the past, that is, rather than rely on the sutras, it is far better to enter directly into the source “prior to” what is expressed, that is, into what is “before” the sutras. Then, equipped with the living “eyes with which to read the sutras,” one can then interpret them freely and, according to the particular situation or occasion, give a new and truly spontaneous expression of their “source.” So it is said, in Kumârajîva’s translation of the Mahâprajnâ-pâramitâ Sutra, “To use words to expound the dharma which is without words.”

(This essay is published as an essay in An Introduction to Hisamatsu Shin’ichi’s Religious Thought, published F.A.S. Society, Kyoto, 2012)