Kicked Out of Church for NOT Being Racist 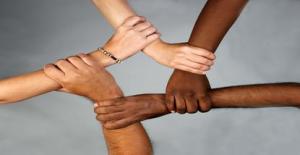 One issue I have to take ownership on is my overall silence on many of the race issues that have been front and center throughout our country in the past few years… including the “Black Lives Matter” movement, police brutality and ongoing race relation problems we see playing out on a regular basis in our own church. Even though I’ve done a few podcasts and written pieces addressing this topic, I own that there have been many times when I’ve wanted to do more… and allowed my own insecurities on knowing how to best approach the topic to get in the way of saying anything at all. So I want to challenge myself to not be silent, ever. And if I mess up and address things incorrectly… I’ll be open to feedback and learning more along the way. Even though I have attended many diversity trainings due to my profession… it’s never enough. And continuing to challenge my level of education on this as a white person is part of the process of being an ally our members of color need us to take on. I like to make space on this venue for anyone suffering… to share their stories if they so choose. At the same time, I want to be clear that I understand it is not the responsibility of black members to educate white members. It is our responsibility as white people to take advantage of the many resources available to educate ourselves. And then to make sure we use our positions of privilege to make or advocate for changes that need to continue to happen to make our societies safer for everyone. We have a lot of work to do as white people in this church. There have been some positive steps, such as the recent statement the church made about not tolerating white supremacy. At the same time, there is still much that has not been addressed on many different levels. I came across the following post on a facebook group I am a part of and invited the author to share her story here.

Today’s guest post is written by Laura-Denise. Opinions shared on guest posts may not completely reflect the positions of the blog’s author.

Laura-Denise is a stay-at-home, working mother who spends her free time encouraging and galvanizing political activity within minority communities. She identifies as a disciple of Christ who is also a member of The Church of Jesus Christ of Latter-ay Saints.

I’m ready to talk about what’s been happening to me at church this past year. It’s a long post so just brace yourselves.

Every single Sunday, someone in my ward is either racist, sexist, or demonizes poor people. Most times, if I have the courage to object, I am the ONLY one who objects and offers an alternative, more Christlike viewpoint. I’ve been chastised by my ward leaders more than a few times because the other members were upset that I “questioned the church’s teachings.” The bishop has told me that I’m not being “helpful” even though he never asks ME what I said in class and admits no one gave him any specifics on how what I said was so “upsetting” and “doctrinally incorrect.” It feels as though he just assumes that if I’m not a compliant, black woman in full agreement with what white folks say, I MUST be going around insulting everyone and starting fights. The “angry, black woman” stereotype is tiring.

Well, since the election, I’ve become bolder. I used to keep my mouth shut and only object every once in a great while. But lately, since the racism in the church is more aggressive, I’ve decided to be more aggressive as well… and speak up.

EVERY TIME, THEY SAY SOMETHING RACIST.

SILENCE IS CONSENT, AND I DO NOT CONSENT TO THAT NONSENSE.

One of the MOST racist things they say is, ”God has promised that the prophet will never be allowed to lead us astray.” For context, imagine being the only Jew in a room filled with Christians and hearing them say (every Sunday) that Germany is the greatest country on earth and God would NEVER allow a German leader to lead other Germans astray.

And you’re sitting there looking around in disbelief, going, “UM HELLO?!”

Two Sundays ago, I was told by my bishop that if I, again, mentioned that the prophets were racist in the past, I’d be asked to leave… and if I didn’t leave, I’d be escorted off the premises. He says he has the full support of my black stake president (a man who says he’s never had racism directed toward him in this church – which is another topic entirely… when oppressed people deny their own oppression, especially when that denial helps them reach positions of power they wouldn’t otherwise have).

Now, for those who will, undoubtedly, ask…

No, I’ve never raised my voice.

No, I’ve never told anyone that they shouldn’t listen to their stewards.

No, I’ve never said that the church is false and the scriptures are fake. Never even implied it.

All I’ve EVER said is that our church leaders are men who are capable of making mistakes. I point to President Uchtdorf’s 2013 talk, Come, Join With Us, when he admitted that the church and its leaders have made mistakes and haven’t always been in line with the doctrines of Christ. I cite President Christofferson’s 2014 talk, Free Forever to Act for Themselves. The recent essay the church itself released addressing Race and the Priesthood says directly that mistakes were made: “Today, the Church disavows the theories advanced in the past that black skin is a sign of divine disfavor or curse, or that it reflects unrighteous actions in a premortal life; that mixed-race marriages are a sin; or that blacks or people of any other race or ethnicity are inferior in any way to anyone else. Church leaders today unequivocally condemn all racism, past and present, in any form.”

I say that it is our obligation as children of God to ask Him about the truthfulness of anything men say. Because, until you receive personal revelation, whatever you heard is still the words of Monson or the words of James, Luke, and John. The Word of God comes from God and we don’t get to place the responsibility of strengthening our own testimonies on the shoulders of other men, regardless of their station or callings. They are still men. They’ve admitted to being wrong in the past (Uchtdorf and Brigham Young) and have rejected the role of “puppet master” (Christofferson). If you do not want to be lead astray, you pray to your Heavenly Father. HE is the iron rod. Not Monson, not Moroni, not Moses. God, Himself. The prophet’s role is not to substitute your God, but to point you to Him.

THATS ALL. I’VE EVER. SAID.

And I was told that if I ever say it again, I’ll be escorted from the building.

I don’t see how I’m supposed to go back to church and fellowship with these people. It’s too hard. It’s too much. I’m not willing to be silent in the face of their most racist statements. I also don’t think my soul can take being forcibly removed from the church to which I’ve given the last 15 years of my life. I’m stuck.

Reading this personal experience our sister is having in the Kansas City Stake, is painful and tragic… especially since it is representative of numerous stories I’ve heard over decades of being a member, and even witnessed myself in wards I’ve belonged to. We have to challenge any rhetoric, authority or general process that would silence the voices of black members in our church. And the reality is that many wards and stakes in this country don’t even have black voices to silence. The onus lies on us. Those who are in authority. Those who have power and privilege and decision-making abilities… currently in our church that is primarily white people.

Let’s get to work! 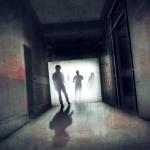 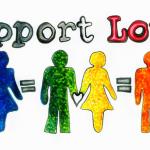 November 6, 2017 2 Years Later Abusive Policy Still Stands
Recent Comments
0 | Leave a Comment
"Mormonism claims to be the most American of all religions. When it comes to racism ..."
Morm on Do Better
"I was once given a great gift--by the Navy (indirectly, in this case). I was ..."
CalSailor Racism is bigger than hate
"Fine report, Natasha on a wonderful set of meetings. I hope that more meetings can ..."
Mark Matheson Thru Cloud and Sunshine
"So, let me get this straight, you feel that “ecclesiastical leaders should be leading the ..."
GDS Working Towards a Non-Splintered Community
Browse Our Archives
Related posts from The Mormon Therapist