Craving Lemonade… and Craving My Mormonism

Another guest post from “Sandy” — who was willing to give an interview to Mormon Mental Health about her experience of childhood sexual assault in the context of worthiness interviews (protectldschildren.org). She can use this blog as a platform for as many writings as she would like to post. I am so touched that we are sharing this particular post on what is a meaningful anniversary to her. This post also highlights my deep conviction of the importance of making room in our Mormon home (one of the “folds of God”) for all of us who want ANY type of association. And my deep testimony in the power of “carrying each other’s burdens.” I find great beauty in the baptismal covenants as I’ve searched to understand the intense depth they offer us.

When I considered writing out and submitting my account of the abuse I experienced in my baptismal interview, the thing that made me hesitate the most, if I’m being honest, was the fear that I’d somehow be going back. That I’d be seen as one of those people who left the church, but couldn’t leave it alone. I had my name removed from the records of the church last year on this very day, and when I got that confirmation letter, I didn’t want to look back. I felt as though I had been unburdened; I was no longer weighed down by the label of “Mormon.” Even though the label hadn’t fit me for years by then. That letter was freedom, in a way. Emancipation.

Reaching out to Sam was difficult. I asked around first, to try and suss out whether or not I could really trust him with my truth. (There was no option to be completely anonymous yet, and he had been a bishop, after all.) He did manage to earn my trust, over time, which is no small feat. Reaching out to him was scary, but I’ll tell you a secret: with Sam, I knew that if he hurt me somehow, or betrayed me, I could just block him on Facebook, and that I’d move on again, and continue to not look back. Reaching out to Natasha was MUCH scarier. Though at the time I couldn’t have named exactly why.

I couldn’t tell you whether or not anyone else feels this way, but fun fact: for me the fear of wanting something exists in my body. It’s a part of my PTSD; it lives in my nervous system. I had the experience during my formative years, where expecting a thing, or feeling like anything was “a given” — and expressing my expectations, expressing my desires, expressing that I felt I deserved anything, was a surefire way to see that thing I felt I deserved, withheld (Food, affection, comfort, validation, acknowledgement, privacy… compassion. Autonomy.). And wanting a thing was substantially more unacceptable.

That’s why reaching out to Natasha was so terrifying. Over the past month, I’ve started to realize that I’ve been feeling a kind of… longing. For a long time now. Like, craving lemonade? But all you have is a glass of water and a slice of lemon? So it’s… close, but it doesn’t satisfy the very specific thirst you feel. At first, I thought it was the feeling of being a part of a community that I missed. Like, a spiritual community. But then I was talking to a friend about how it has felt to talk with a Mormon woman again. And she was kind of like… “oh no, is it awful?” And I said to her “No, actually. It feels like… home?”

And I’m sure it’s just the familiarity I’ve felt. But I also… didn’t know it was missing? Or, I knew I was missing something. I just couldn’t ever name what it was before. Probably a part of it is just like, the part of Natasha’s accent that distinctly reads as “Utah,” and talking with someone and being able to use the words I grew up using, my first language, in a sense, and knowing I’d be understood. But I think… I think I miss being a part of THAT community. Of the Mormon community. It hit me a little funny during the podcast when she said “church home.”

Mormonism was my first home. It’s my heritage. I’m a Pratt. I was raised from the cradle to be Mormon. To love my family, and to be accepting, and to love God. And even though my definitions of those things have shifted -like acceptance, who I consider family, what divinity means to me, and even what love is- I still hold… essentially? The same fundamental morals that I’ve always held. Those things that I view as being the Good Things that Being Raised Mormon gave me.

And there was bad. There was SO much wrong with… the shape of my childhood, and young adulthood. The church dealt me So. Much. Damage. And I have worked REALLY hard in the past few years, and 2017 especially, (in which I cannot even begin to describe the amount of healing I’ve experienced) to find my people. To make some group of people MY group of people. And I have a spiritual community here, now. And I’m loved, and I love them. But I’m also… new? I guess here, I’m the convert. And I actually love it! I love the always-learning, and the growth, and I’ve never felt more able to be authentic AND accepted.

But if I had to name it? What it’s been so long since I’ve felt so strongly is… that feeling of… belonging. And I miss it. I’d be lying if I tried to pretend I didn’t. Is it fair to feel like I’ve somehow been displaced, when I removed myself? During the podcast, I called my abuser “my first primary teacher, out of nursery.” and Natasha responded, “…when you were a sunbeam?” I hadn’t realized I had forgotten that word. Do they still call the 3-year olds that?

The familiarity I’ve felt recently has been with Sam, too, I think. Though not to the same extent, and I’ll tell you why. It’s because in that church family, in that community that was MINE, I sought out and FOUND the people… the women, actually… who saw me. The women in my life that I looked up to, that I gravitated toward? The primary leaders, and young women leaders, and relief society presidents, and Sunday school teachers who SAW me? Who made me feel loved? They were the oases in the desert that I drank from in order to survive the landscape of a childhood that was otherwise only marked by trauma and neglect.

And interacting with Natasha? Has felt more than a little like stumbling upon an oasis and drinking deeply. Women like her saved my life. I don’t think a single one of them knows it, but it’s true. I’ve reached a point where I feel like I can no longer deny that I feel like I’ve lost something through my faith transition. And I have no idea how to go about filling that void. Or even if it’s possible.

But… And. Today, one year from the day that I officially and legally disassociated myself from the Mormon church, I think it’s important to acknowledge that it’s possible to know that something was wrong for you, to not want it back, but to still miss it, miss it deeply, and feel that loss. 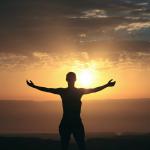 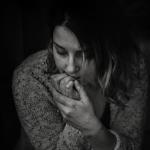 March 5, 2018 The Hidden Gifts of Faith Crisis: Anger and Sadness
Recent Comments
0 | Leave a Comment
Browse Our Archives
Follow Us! 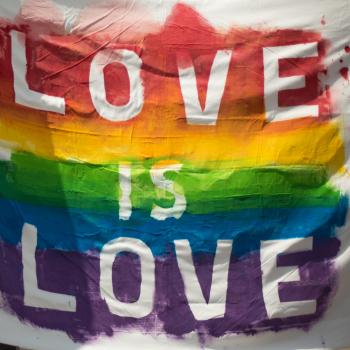 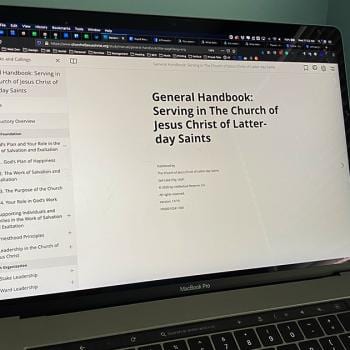