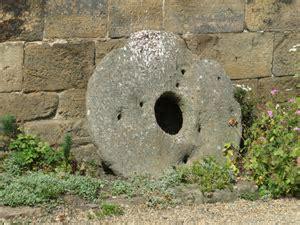 Given the current things that are coming to light finally within our church and how it has handled sexual assault allegations, I think this is a very timely piece.

Today’s guest post is written by Dr. Randy K. Moss. Opinions shared on guest posts may not completely reflect the positions of the blog’s author.

Dr. Moss received his PhD from BYU in Counseling Psychology in 1996 and has been working in the behavioral health field since 1985 with emphasis on co-occurring and complex disorders. He trains and consults nationally on trauma and trauma-informed care, Feedback Informed treatment, implementation science and system transformation. He is married with four children and three grandkids, is  a generational Mormon within a mixed faith marriage. He describes his faith transition in the following way: Intellectual transition of twenty years, emotional separation of ten, spiritual release of three.

On the axis of wood and tethered to plodding beasts, millstones crush rough husk, freeing the germ, the finest part of nutrition and sustenance. Grains of all types, big and small, surrender to the persistent and relentless action of this simple carved stone. A rudimentary tool, the millstone provides both the grinding needs of the hungry human family but also the burden of guilty pretenders or arrogant actors. Recently, the proverbial millstone broke loose from the axis of truth and is grinding, pulverizing and releasing both the essential germ of truth and weighty anchor to drown the hurtful and their protectors. Information, made light in the most unholy and unhealthy way, revealed the abuses of men and institution, the hurting children and vulnerable demanding the necked millstone. The rumble of the heaving millstones shaking the ground, rattling nearby structures, and dragging screeching resisting jots, pebbles, and rocks intermixed in the grains from the bread of life. All will submit, the powder to be blown in the wind of change and purification.

The love of Christ is being polluted with the dross of mis-gathered articles of faith and the attempt to cheat the measure of flour for the widow and vulnerable. Institutional quality control is designed for protection instead of honesty. Too many buyers have succumbed to the sloganeering of the captains of the field and the marketers of the flour; a brand that touts faithfulness to the ingredients so listed on the label. Pure love of Christ includes an asterisk stating “the product is sold by weight!”   The inspiration meant to reassure the product safety fails. The all-seeing and benevolent doesn’t hide from the claimers of revelation unless there is only silence and the weight, not only fudged with rock and inedible substitutes, is guessed at for motives obscured in the advertisements. But the millstone is loosed, rolling unfettered, destroying ornamental as well as dangerous obstacles. Ground to fine powder are the hurt, vulnerable, and brave as well as reputations, faith, public relations and trust in the safety of trust. The millstone’s growling song dictates each person must weigh their own measure, become their own quality assurance inspectors. The claimed ‘enriched flour’ is missing essential nutrients and combinations of minerals to resist the veil of tears without the poisoning by the waiters of the Lord’s Supper. Many good men and women succor the widow, the vulnerable with a bread made with integrity and honor. But the company claim of knowing the bad gatherers, the field hands with harmful intent or evil design is misdirection and disingenuous.

Much will be said about the necklace of millstones applied to individuals while the product labeling and the inspection process remains unchanged. It is consumer beware. Trust your own measurements, your own intuitions. Blind trust in the corporate interests are rife with human defenses, intention about brand above health. The millstone will continue to grind the husk and germ. It will inevitably traverse your house, your granary of faith and doubt. There will be calls to stop the millstone, some will attempt to deflect, destroy, or distance from this simple tool. But fail they will. The germ of truth has been freed from its hard shell of “trust us.”  The heart of the flour is your own vigilance, your own responsibility to nurture your life and your family and the community. The loosed millstone is rolling from the eternal hills but not packaged as promoted. The flour of the bread of life is ‘woke:’ open eyed, eared and minded.  Let’s make sure the boulder rolled from the empty tomb isn’t a millstone to those hurt and may the burden and depths of the sea welcome those that embrace, as jewelry and adornment, the millstone of deception. 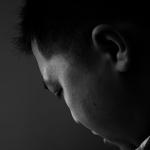 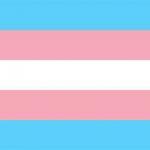 April 20, 2018 LDS Church: Why are you afraid to minister to and include transgender members?
Recent Comments
0 | Leave a Comment
Browse Our Archives
get the latest from
The Mormon Therapist
Sign up for our newsletter
Related posts from The Mormon Therapist

Applying the Water Up, Fire Down Energy Principle...
How many times have you learned about a principle or a new...
view all Latter-day Saint blogs
What Are Your Thoughts?leave a comment
Copyright 2008-2021, Patheos. All rights reserved.