I had a very similar critique of words shared “prophetically” that I shared in the Salt Lake Tribune. It is extremely painful to watch people who are in the role of speaking for God do so in ways that are irresponsible, non-clinically based, and that actually cause clinical and spiritual harm.

I liken it to me running into President Nelson’s cardiac operation room, claiming my authority as a mental health professional and digging a scalpel into the middle of the surgery… brutally killing or maiming the patient in the process. I would be carted away, seen as a lunatic and held criminally accountable. That is how many of us in the mental health professions feel as we continue to see the onslaught of misinformation and cruelty coming from Mormon leadership pulpits towards our LGBTQ+ members… many of which are minors/youth who cannot advocate for themselves and who have to attend church with naive, and uninformed parents.

Today’s guest post is written by Laura Skaggs Dulin.   Opinions shared on guest posts may not completely reflect the positions of the blog’s author. 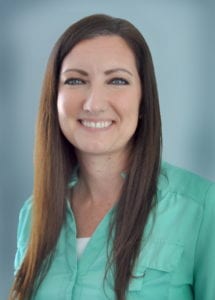 from San Diego State University with an emphasis in LGBTQ experiences within conservative social contexts. In the two years following the November 2015 policy change banning children of same sex couples from LDS ordinances, Laura served on the Affirmation Board of Directors with a focus on responding to spiritual trauma and suicide prevention. Presently, Laura lives with her family in Provo, UT where she clients as part of Flourish Therapy Inc: Subsidized for the LGBTQ Community.

What makes a heart beat and what makes a heart stop? As a physician, that’s what President Nelson shared learning about in his talk. Learning which eventually enabled him to perform successful open heart operations. He went on to share, “The same can be said of the law of gravity, and the laws of foil and lift that allow airplanes to fly. Each is an absolute truth. Doctors or pilots do not have the power to change those laws, but their understanding of them safeguards lives.”

As I am tasked with safeguarding LGBTQ lives against suicide, learning the principles that govern positive mental health outcomes for LGBTQ people has been imperative. Presently, I work with suicidal LGBTQ Mormons on a daily basis and I feel God with me in my work.

President Nelson cites looking to research and new experimentation in his graduate years as the foundation of his learning. My graduate learning about the LGBTQ heart took a similar focus. A growing body of research indicated that sexual orientation had a biological origin and that decades of trying to change people’s orientation or gender identity via reparative therapies not only didn’t work, it caused considerable harm.

Research had also begun to point to the incredible power of Family Acceptance of their LGBTQ children — that LGBT youth in families who are highly rejecting are more than 8 times as likely to try to take their own lives by the time they are young adults, and in families that are moderately rejecting — having some negative reactions to their gay or transgender child – but also have some positive reaction — those young people are still nearly twice as likely to try to kill themselves.

Perhaps one of the most moving studies I learned about was MRI brain scans of people falling in love: Whether someone falls in love with someone of the opposite gender, or falls in love with someone of the same gender, the same parts of the brain bursting with dopamine light up. Recently, brain scans of transgender people have also shown their brains to be more similar to the gender identity they feel within themselves than their biological sex. Science is fantastically eye opening and these are all things we didn’t know a generation ago.

Two studies specific to LGBTQ Mormons also had a significant impact on my learning. One found that LGBTQ Mormons who took a single celibate or mixed orientation marriage path frequently had poorer mental health than those who dated or were in a relationship with a same sex partner. The most eye opening part though was this: that LGBTQ Mormons who were able to integrate and live into both their queer identities and their spiritual identities as Latter Day Saints had the best mental health outcomes of all!

In the second study (a study that took place in the year following the implementation of the November 2015 policy) it was found that stunningly, 73.4% of LGBTQ Mormons participants had symptoms of Post-Traumatic Stress Disorder in connection to their religious experiences. The same symptoms most often associated with soldiers returning from war, refugees fleeing persecution or victims escaping domestic violence or sexual assault were showing up in both post and practicing LGBTQ Mormons at a rate 10 times the general population. That was mind blowing.

In simplified summary, research was indicating that LGBTQ Mormons did best when they were able to healthily live into both their queer and religious identities at the same time. However, this outcome was quite rare, and instead, an astronomical number of LGBTQ Mormons and post-Mormons were suffering with symptoms of PTSD.

What makes a LGBTQ heart beat and what makes it want to stop?

As I sit with LGBTQ Mormons and post Mormons whose hearts are suicidal as an outgrowth of spiritual trauma, they get better as they are able to shed the negative messages they’ve internalized about being LGBTQ from both religion and society.

They get better when their families come to shed these negative ideas as well and embrace them with open arms.

They get better when their agency on how to move forward in their life path is honored as sacred ground and they are celebrated in communities that affirm their choices.

They get better when they distance themselves from negative messages or rejecting spaces while they are still healing.

They get better when their family members and friends speak up in their behalf when they are being put down, left out or marginalized, no matter who the speaker is.

They get better when their psychological trauma is treated with trauma specific therapies.

They get better when they are able to build life partnerships and families that have the same meaningful bonds that every human heart seeks to form and nurture.

They get better when they know they can take this journey with their God, not being told or internalizing that they will be cut off from God if they do so.

Like doctors and pilots, I didn’t make up the principles that govern LGBTQ mental health — we have merely discovered them and now use them daily to safeguard lives. I pray with my feet everyday that Latter-day Saints will come to fully understand these discoveries too. We are all part of one body in Christ. May we see that each part however different is equally needed by us.

Natasha Helfer Parker, LCMFT, CST, CSTS,  can be reached at natashaparker.org and runs an online practice, Symmetry Solutions, which focuses on helping families and individuals with faith concerns, sexuality and mental health. She hosts the Mormon Mental Health and Mormon Sex Info Podcasts, is the current past president of the Mormon Mental Health Association and runs a sex education program, Sex Talk with Natasha. She has over 20 years of experience working with primarily an LDS/Mormon clientele. 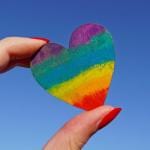 August 29, 2019
Dear Elder Hathaway... your remarks are inexcusable...
Next Post 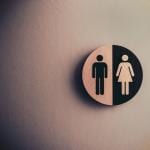 October 18, 2019 Biological Sex and Gender are not Binary
Recent Comments
0 | Leave a Comment
Browse Our Archives
Related posts from The Mormon Therapist