FOR YEARS UTAH’S LGBTQ CHILDREN WERE SUBJECTED TO CONVERSION THERAPY. THAT’S ABOUT TO END

As far as the church’s pushback and their “concern” for religious freedom… when are we going to stop seeing it as a “right” or a “freedom” to impose mental and medical harm due to religious beliefs? They made sure this legislation excluded clergy and parents/grandparents.

At the same time… these state bans are addressing mental health professionals… not clergy or parents to begin with. That’s a much more complex problem in our country – what we allow under “religious freedoms” in regards to what I would call out family and religious abuses. But in general this is a huge win. We are ahead of many states in this type of legislation and that’s a big deal.

FOR YEARS UTAH’S LGBTQ CHILDREN WERE SUBJECTED TO CONVERSION THERAPY. THAT’S ABOUT TO END 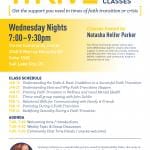 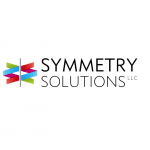 January 24, 2020 Symmetry Solutions Strategies
Recent Comments
0 | Leave a Comment
"Mormonism claims to be the most American of all religions. When it comes to racism ..."
Morm on Do Better
"I was once given a great gift--by the Navy (indirectly, in this case). I was ..."
CalSailor Racism is bigger than hate
"Fine report, Natasha on a wonderful set of meetings. I hope that more meetings can ..."
Mark Matheson Thru Cloud and Sunshine
"So, let me get this straight, you feel that “ecclesiastical leaders should be leading the ..."
GDS Working Towards a Non-Splintered Community
Browse Our Archives
Related posts from The Mormon Therapist