Every year, as another Ramadan comes and goes, we hear the repeated mention of “Ramadan Muslims.” Some people openly scoff at them, while others whisper about them behind their backs. You know who they are… They’re accused of not taking the obligation of fasting for 30 consecutive days seriously, or not praying 5 times a day while fasting, or not giving up their pre-Ramadan bad habits and sinful lifestyle when the Holy month comes around.

The sincerity of their intentions is doubted by others when they squeeze into packed masjids on the 27th night of Ramadan, as regular attendees wonder where all these people were during the previous 26 nights. Some people are offended when these women wear start wearing hijab during Ramadan and take it off just before Eid, or when these men are seen in the masjids most evenings for a month but seem to disappear afterwards.

Everything about them is questioned and criticized. “Who does she think she’s fooling with those tears streaming down her cheeks during taraweeh? Just last week, she went to that rowdy concert and posted pictures of it online.” “Why is he acting like he has suddenly become so ‘religious’ by volunteering at the masjid’s iftaars every night? He was just going out with that girl a month ago.”

In a way, though, we’re all “Ramadan Muslims.” Every single one of us changes for the better during this month, while expecting others not to question our intentions or accuse us of hypocrisy. We pray more, give more charity, help others out when we don’t need to, make more du’a, dress a bit more modestly, try to avoid backbiting or showing anger, attempt to let go of any grudges we’re holding, etc. In one way or another, we improve ourselves in our deen, and it’s all due to the arrival of this special time of the year.

In a way, though, we’re all “Ramadan Muslims.” Every single one of us changes for the better during this month.

Yet as Ramadan bids us farewell and life continues on for the rest of the year, these positive changes start to slip away. Our ritual acts of worship reduce in quality, quantity, or both. Our interactions with others are riddled with mistakes. Worldly matters start concerning us more than whether Allah is pleased with us or not. Our iman (faith) feels as though it’s on a roller coaster; it was steadily increasing during Ramadan, but as soon as Eid passed, it shot down again, with a few small fluctuations here and there.

We forget that the One who watched us eagerly attend voluntary prayers in Ramadan, is the same One who sees us as we lazily put off our mandatory prayers outside of Ramadan. We forget that Allah isn’t just looking at us while we’re in the masjid, or fasting, or attending a halaqa; He’s still our Master and our all-Seeing Creator while we’re sinning in private, ignoring the tugging at our conscience, and pointing fingers at others while ignoring our own glaring faults.

We should encourage and support others in even their smallest attempts to get closer to Allah, rather than kicking them off the ladder of growth altogether.

Allah tells us that Ramadan, and fasting within it, was gifted to us so that we’ll gain taqwa- constant awareness of His presence, and the urge to protect ourselves from the consequences of displeasing Him (Qur’an 2:183). Let’s try to carry that feeling with us outside of Ramadan, and consider this month to be just one more step in the high-reaching ladder of self-improvement.

We should try to break free of our self-imposed limitations, and strive to maintain our spirituality and religious practice throughout the year, while accepting that others are struggling with this just as we are. We should encourage and support others in even their smallest attempts to get closer to Allah, rather than kicking them off the ladder of growth altogether. Let’s abolish these labels and realize that “Ramadan Muslims” is just a synonym for “Muslims”- normal, imperfect people like you and I, who are taking a few feeble steps towards Allah every year while hoping that in return, He will come to us at speed [From a hadith in Sahih Bukhari]. 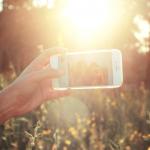