“Color Blindness” Is a Form of Racism

Eesa was genuinely confused as he pulled his car onto the shoulder. When the police officer came and asked him why he ran the red light that he had just passed, he decided to give an honest response: “I’m sorry, Officer, but I’m color blind. All of the lights basically look the same to me when I’m driving.”

He was relieved, though not surprised, when the cop gave him a warm smile and said, “If all drivers were like you, the roads would be a safer place. Sorry about the misunderstanding. Have a nice day.”

This scenario would seem bizarre and unbelievable to most people, not to mention unfair. When a person is color blind and wants to drive, they are responsible for learning the order of the lights and then following the traffic laws like everyone else. This is for their own and others’ safety, as well to maintain order on the streets. If everybody were color blind and just drove however they felt was best rather than following the law, there would be chaos.

Why is it, then, that this excuse of “color blindness” is used so often when addressing the issue of racism in the ummah? Even if someone truly doesn’t discriminate between Muslims (or non-Muslims) of different races, pretending that they’re all the same is not the way to address this very real problem. The fact is that there are people of different racial and ethnic origins than ourselves, and ignoring this fact doesn’t help those who are being treated unfairly or feeling like victims of some kind of prejudice. It also fails to acknowledge the beauty that the diversity of different races and ethnicities brings to the world. Claiming that we are all the same, will not take away the fact that these differences do exist. And each group deserves to be recognized in a positive way.

If a person or group of a certain race, nationality, or ethnicity is feeling marginalized or discriminated against, we, as Muslims (and human beings), have a duty to ensure that we do whatever we can to aid them in achieving a sense of equality, rather than turning a blind eye to their suffering.

A common response to this is, “But there is no such thing as race in Islam. We are all the same. Therefore, there cannot be racism.” If this were true, and if the solution were to pretend to be color blind, the Prophet Mohammad (saws) would not have said in his last khutbah, “An Arab has no superiority over a non-Arab, nor does a non-Arab have any superiority over an Arab; also, a white has no superiority over a black, nor does a black have any superiority over a white, except by piety and good action.” The Prophet (saws) could have simply said, “All people are the same and are equal, except by piety and good action.” The fact that he (saws) specifically mentioned Arabs, non-Arabs, blacks, and whites, shows that all people deserve recognition, and that these are realities that we need to face, not ignore. We need to stand by his words and use them to defend the rights of others, rather than pretending that there is no such thing as race, and therefore no problem to address in the first place. It is especially saddening when the same people who use this excuse are heard using derogatory terms about another nationality or ethnicity.

The fact is that there are people of different racial and ethnic origins than ourselves, and ignoring this fact does not help those who are being treated unfairly or feeling like victims of any kind of prejudice.

If a person or group of a certain race, nationality, or ethnicity is feeling marginalized or discriminated against, we, as Muslims (and human beings), have a duty to ensure that we do whatever we can to aid them in achieving a sense of equality, rather than turning a blind eye to their suffering. It may not be easy at times, especially if you notice that it is a norm in your society or among the people you regularly interact with, but Allah (swt) has blessed us by making us a part of this ummah knowing that we are capable of being torchbearers for justice.

It is our responsibility to protect the next generation from reaching a similar state… We may be the torchbearers, but they are the beacons of hope.

An effective, non-confrontational, long-term solution to this problem is in how we raise our children and deal with the young people in our lives. Oftentimes, an adult will be giving someone of a different race or ethnicity a mistrustful or resentful look, while the child they are holding is waving and smiling at the same person their parent is glaring at. This behavior exhibits the innocence and purity of children, which needs to be used to nurture them into becoming kind and open-minded adults. There was probably a point in time when that child’s prejudiced parent was also non-judgmental and warmhearted, perhaps in their own childhood, but that pure nature was not fostered, so it was lost. It is our responsibility to protect the next generation from reaching a similar state. We can do better than what was done before us. We may be the torchbearers, but they are the beacons of hope.

“Indeed, Allah orders justice and good conduct and giving to relatives and forbids immorality and bad conduct and oppression. He admonishes you that perhaps you will be reminded… Whoever does righteousness, whether male or female, while he is a believer – We will surely cause him to live a good life, and We will surely give them their reward [in the Hereafter] according to the best of what they used to do.” (Qur’an 16:90,97)

“O Mankind, We created you from a single (pair) of a male and a female and made you into nations and tribes, that you may (get to) know each other. Indeed, the most honored of you in the sight of God is he who is the most righteous of you.” (Quran 49:13) 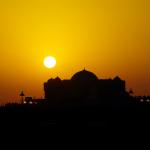 September 18, 2016
Did I Just Attend the Friday Khutbah, or a Game of "The Fear Factor?"
Next Post

October 2, 2016 How to Deal With TROLLS as a Muslim
Recent Comments
0 | Leave a Comment
Browse Our Archives
get the latest from
Muslim
Sign up for our newsletter
POPULAR AT PATHEOS Muslim
1