Did I Just Attend the Friday Khutbah, or a Game of “The Fear Factor?”

Patheos Explore the world's faith through different perspectives on religion and spirituality! Patheos has the views of the prevalent religions and spiritualities of the world.
All of us, at one point or another, have sat through the “boring and culturally irrelevant” Jumu’ah khutbah (Friday sermon), the “over-our-heads technical” khutbah, and the “our khateeb couldn’t make it, so I’m just winging this” khutbah. But the one that people tend to hate the most is the khutbah where, in every other sentence, the khateeb is shouting some variation of, “Fear Allah!!” We leave after prayer complaining that the khateeb was too aggressive and discouraging.

This one is called the “angry” khutbah. In fact, many may feel that they were a part of the show, “The Fear Factor,” once leaving a Friday khutbah.

While there may be truth to these thoughts and feelings, there’s also something to be said for genuine, unbiased reflection. It may be the khateeb’s job to practice effective delivery of his sermon, but it’s our responsibility to take the good from even the most poorly delivered reminder, for the sake of our own spiritual benefit. We shouldn’t use, “Our imam gives horrible/unengaging khutbahs” or, “My parents (used to) threaten me to get me to pray/read Qur’an,” as an excuse to unjustly blame Islam and distance ourselves from it.

It may be the khateeb’s job to practice effective delivery of his sermon, but it’s our responsibility to take the good from even the most poorly delivered reminder, for the sake of our own spiritual benefit.

Our religion is not fundamentally angry and vengeful, but part of recognizing God’s Greatness does include fearing Him. And that doesn’t have to be a bad thing. While there are definitely people who take this to an extreme, we need to find a healthy balance within ourselves.

Many of us, if raised in Muslim households, have grown up learning that we should only fear God. We start to assume that God is just out to get us, and as a result, we tend to distance ourselves from Him. We reach a different extreme, and start thinking of “Fear Allah,” as an ugly phrase. We feel that no matter what we do, it will never be good enough for God.

On the other hand, there are those of us who begin to believe that regardless of how many bad choices we make without even sincerity repenting, just being Muslim is enough to protect a person from any kind of retribution — as if our shahada is a free ticket to Paradise.

He (SWT) also states, “Indeed, he who fears Allah and is patient, then indeed, Allah does not allow to be lost the reward of those who do good.” (12:90)

Also, “Then, indeed your Lord, to those who have done wrong out of ignorance and then repent after that and correct themselves – indeed, your Lord, thereafter, is Forgiving and Merciful.” (16:119)

We have to be careful not to misjudge God, just as we don’t like to be misjudged ourselves. He is the Most Just, but also the Most Merciful. So we should Fear Him, but only in a way that makes us cautious with our deeds. And we should have hope in His Mercy, and know that no matter how badly we screw up at times, He is waiting for us to turn back to Him.

We have to be careful not to misjudge God, just as we don’t like to be misjudged ourselves.

God does not label us or point fingers at us when we mess up, like society does. He just expects us to try our best, and go back to Him with sincerity when we fall short.

“Multiplied for him (the one who commits major sins) is the punishment on the Day of Resurrection, and he will abide therein humiliated- Except for those who repent, believe, and do righteous work. For them, Allah will replace their evil deeds with good. And ever is Allah Forgiving and Merciful.” (25:69-70) 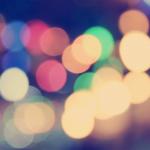