STAR-STRUCK: Why We Need to Stop Idealizing Scholars and Speakers

STAR-STRUCK: Why We Need to Stop Idealizing Scholars and Speakers October 13, 2016 Iman

Celebrities, pop stars, and public figures everywhere are idolized by their fans; this trend is not restricted by time or place.

One thing I’ve noticed, though, is that this “celebrity worship” culture has trickled into our interactions and opinions of Muslim scholars and speakers. Autographs, selfies, fangirling, all of it.

I’m not going to speak about men, but with women, I’ve noticed that many of them will even comment about how they would like to have a husband like the speaker that they’re listening to. Or how “Sheikh so-and-so” is both handsome and has beautiful recitation of Qur’an — the complete package! Or they may comment on the way a particular speaker’s words just touch their hearts, and how lucky his wife and kids are to be related to him.

It’s as if we’ve stopped caring about the actual knowledge that’s being shared, and more about who’s imparting it.

Allah’s Messenger (saws) said, “The best of you is he who is best to his family, and I am the best among you to my family.” [Tirmidhi]

I’ve never set up a hidden camera or microphone in the house of a scholar or speaker, and I’m assuming everyone who is reading this hasn’t, either. So one thing we can say for sure, is that we don’t truly know what the family lives of the scholars and speakers we look up to are like. I’m not saying we should assume the worst, but the point is that we can’t assume anything at all.

Islamic scholars, teachers, and speakers are human beings like the rest of us. They are capable of sinning, making mistakes, and having imperfections. By idealizing them, we’re only looking at the public image they present of themselves on the stage of a large convention hall or in front of a rolling camera. We usually know nothing about what they are like with their parents, spouses, and children — the people whose opinions actually matter.

Before making someone our role model, or someone we look up to and want to emulate, we need to consider them holistically.

This idealization also belittles the actual reason for which these people became popular to begin with, which is through spreading knowledge and inspiring people to become better Muslims. But there are lots of less-popular speakers who have a wealth of knowledge to share, or who are definitely capable of inspiring people in the same way as those who are more famous than them. So why do people flock to a just handful of speakers? It’s as if we’ve stopped caring about the actual knowledge that’s being shared, and more about who’s imparting it.

It’s fine to learn from someone who is considered “popular.” It’s even better if that person’s words motivated you to make a practical improvement in your character or your practice of Islam. But before making someone our role model, or someone we look up to and want to emulate, we need to consider them holistically.

We can’t just judge them based off of what we’ve seen in YouTube videos, and put them on a pedestal. And that’s okay. 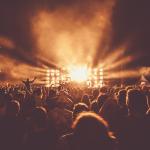 October 19, 2016 INTRODUCING: The New iPhone 21s
Recent Comments
0 | Leave a Comment
Browse Our Archives
get the latest from
Muslim
Sign up for our newsletter
POPULAR AT PATHEOS Muslim
1