Preventing Sexual Abuse in the Muslim Community: A Collective Responsibility

TRIGGER WARNING: Sexual abuse & assault. | The following incidents are true stories. All names have been changed to protect confidentiality.

Sarah’s stepfather began molesting her when she was a mere girl of 14. When she turned 19, she couldn’t take it anymore and confronted him by saying that she would report him. He responded by threatening her, saying that he would expose her “sins” to everyone, including her new fiancé.  She now lives in perpetual fear and shame, believing that she is a sinner who will have to answer to God for the physical contact between her and her stepfather.

Asim was just a boy when he was assaulted by a school administrator at his Quran school. When he finally told the principal at the school, he was told it was all a bad dream and that he was imagining it. He struggled all through college with depression, suicidal ideations, and poor grades, eventually dropping out of college entirely. Years later, this school administrator was arrested for sexually assaulting another boy at the school.

Linda sought refuge for a personal issue in her local imam, only to find herself being sexually assaulted by him. When she told her parents, her father told her not to speak ill of someone so revered and knowledgeable. Linda left home – as well as her faith – that day, and never spoke to her family again.

Finally, Serena is newly married, and confided to an “aunty” at the mosque that her husband was forcing sex on her every night. The aunty told her she was being overly dramatic: A husband cannot rape his wife, as he has sexual rights over her.

I tell you these stories to demonstrate that not only does sexual violence happen in the Muslim community, but that it is often perpetrated by people we love and respect, including people in leadership.

Not only does sexual violence happen in the Muslim community, but that it is often perpetrated by people we love and respect, including people in leadership.

Finally, I tell you these stories because I know many, many, many men and women just like these victims that have shared similar stories with me about abuse and have been struggling in silence. It is why I am proud to be the Executive Director of HEART Women & Girls, an organization dedicated to dismantling this silence around sex and sexual abuse so that we can work together to create healthy, safe communities.

The CDC estimates that 1 in 4 girls and 1 in 6 boys are victims of sexual assault before the age of 18. There is no reason to believe that this number is any different in Muslim communities. We know that sexual violence does not discriminate; it impacts all communities and all people. We also know that sexual assault is one of the most underreported crimes in the US— nearly 70% of assaults are not reported to law enforcement. Research indicates that this likelihood of not reporting is higher in communities of color.

Through our work at HEART, we have learned that in the Muslim community, in particular, the rate of underreporting is even higher— perhaps as high as 85-90% never being reported.  As such, we face a grim reality: Too many sexual violence victims are suffering alone and in silence in the Muslim community. And, even more disturbing— too many of their abusers are not just getting away with it, but likely targeting more victims.

Sexual violence does not discriminate; it impacts all communities and all people.

This means that it is likely that you or someone you know will be victims of sexual assault at some point in their lives. You or someone you know will have to seek help in order to heal from the trauma or expose the abuser. With a human rights crisis this big, we must all know how to appropriately respond to survivors when they disclose abuse. Here are ten things you can do today to be proactive and prepared.

When responding to survivors:

Too many sexual violence victims are suffering alone and in silence in the Muslim community. And, even more disturbing— too many of their abusers are not just getting away with it, but likely targeting more victims.

When thinking about community-wide prevention:

I end by challenging you all to think about the role you can play in responding to or preventing sexual violence in our communities. You don’t have to be a police officer, lawyer, social worker, or activist to do your part. From the stories I shared with you, and the stories you may hear in the future, I hope you will see how each of us can play a role in helping a victim of sexual assault. Whether it’s simply by believing someone when they tell us, connecting them to local resources, holding their hand as they file their police report, or working within our institutions to change culture and respond to sexual assault promptly, we all can play a role.

HEART Women & Girls promotes sexual health and sexual violence awareness in Muslim communities through health education, advocacy, research and training. They are currently in the process of expanding their virtual resource center, which provides individuals with accurate and culturally-aware sexual health information that they can easily access from the privacy of their own home. You can follow HEART at their Facebook, Twitter, and Instagram, and donate here. 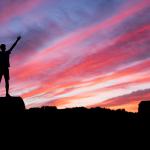 April 17, 2017
Is It Unfair for Teenagers to Be Considered "Adults" in Islam?
Next Post