Is It Unfair for Teenagers to Be Considered “Adults” in Islam?

Is It Unfair for Teenagers to Be Considered “Adults” in Islam? April 17, 2017 Iman

Teenagers are going through some of the toughest years of their lives. They’re caught between childhood and adulthood— they wish to be treated like adults, but also don’t want to deal with any negative consequences if they make poor decisions. Part of this is because they know that legally, they still have a few years left of being considered a kid by society.

Islam says otherwise: Once a child hits puberty, they are officially an “adult”— not legally, if the country they live in says otherwise, but in terms of their religious responsibilities.

This can seem a bit harsh on paper, since it means that a person is held accountable for their actions (in the sight of Allah) from their early teens or even preteens. At the same time, though, they’re considered to be children by everyone around them and are still growing up. But isn’t Allah the Most Just? So how is this fair?

The main difference that we have to keep in mind is between how Allah judges us when we make mistakes, versus how the court of law judges us. Legally, the day you turn 18, you are judged as an adult and can even go to prison for certain crimes. It doesn’t matter if you feel regretful and are ready to turn your life around. As they say, “sorry,” isn’t going to cut it.

The main difference that we have to keep in mind is between how Allah judges us when we make mistakes, versus how the court of law judges us.

But when it comes to Allah judging us, the main thing He wants from us is an apology. He wants to know that we regret our mistake and are sincerely intending to avoid that sin in the future, and if that’s true, He lets us off the hook. It doesn’t matter if you’re 14 or 40— Allah will forgive you if you sincerely repent (and make amends with anyone that you may have wronged).

From some of the arguments that I’ve personally heard, some people who have an issue with the age of adulthood being younger in Islam say that it’s because of brain development being incomplete at those ages. But according to researchers, a person’s brain is not fully developed until about the age of 25. This means that at 18, or even 21, they still have many years left of making rash decisions. But the country they live in won’t care about that— they’ll be punished anyway, and depending on what they did, it may be on their record for many years or even forever.

It doesn’t matter if you’re 14 or 40— Allah will forgive you if you sincerely repent.

Allah, however, is merciful to everyone, including the 18 and 21 year olds. He doesn’t care about your past once you repent for your sins, even if you don’t realize your mistakes until later in life. (Of course, this doesn’t mean that we can try to outsmart Him by purposely delaying our repentance while continuing to sin! He is All-Knowing.)

One thing that society or the legal system definitely doesn’t do for us is reward us for being good citizens. There is no monetary reward for not being a criminal; no public recognition for our sincerity; no prize handed out for following the law. But Allah rewards us for even the smallest good deeds and intentions, and for staying away from the haraam (forbidden). He has promised us luxuries and riches beyond our wildest dreams, which we will have forever inshaAllah.

Allah truly is the Most Just and Kind. We can’t compare His law to ours. Our religion is not harsh and unforgiving, as some people think it is.

Allah truly is the Most Just and Kind. We can’t compare His law to ours. Our religion is not harsh and unforgiving, as some people think it is. All that is expected of us is to worship Allah alone, follow some basic rules and requirements, repent for our mistakes, and try to be the best people we can be. He just gets us started with this a little earlier than 18, so we have some sense of accountability as we grow up. Sounds simple enough to me!

“Say, ‘O My servants who have wronged themselves [by sinning], do not despair of the mercy of Allah . No doubt, Allah forgives all sins. Indeed, it is He who is the All-Forgiving, the Most-Merciful.'” [Qur’an 39:53] 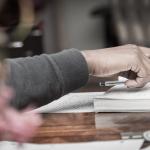 April 5, 2017
Islam Is Not About Being Perfect
Next Post 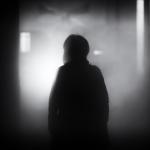 April 24, 2017 Preventing Sexual Abuse in the Muslim Community: A Collective Responsibility
Recent Comments
0 | Leave a Comment
Browse Our Archives
get the latest from
Muslim
Sign up for our newsletter
POPULAR AT PATHEOS Muslim
1