Struggles of an American Muslim Girl

I have had both good and bad experiences as a young Muslim in America.

I go to a private Islamic school, so I don’t really get made fun of or bullied about being a Muslim. However, every time my class goes on a field trip to a museum or even a restaurant, people stare at us because we are all wearing hijabs and covering our bodies as part of our school uniform. When we enter a restaurant, some people who are in line to order leave when they see us. People talk about us and point at us as if we are doing something wrong.

This especially hurts the feelings of some people in my class who wear the hijab outside of school. It discourages the other girls in my class who don’t wear the hijab (including me) from wearing it. When we get back to school, most of my classmates are frustrated about the fact that we even must wear the hijab to field trips. This is because of how upsetting other people’s discrimination is. My teacher always tells us that we should show our best behavior when we are outside because we are representing Islam, but even if we do, people still seem to react in the same way.

My teacher always tells us that we should show our best behavior when we are outside because we are representing Islam, but even if we do, people still seem to react in the same way.

My mom wears a hijab and she encounters Islamophobia at times, too. Sometimes when she is driving on the highway, people look at her and give her the middle finger just because she is wearing a scarf. When we are outside of the house and we have to pray in public, people look at us and start whispering to the person next to them. It gets awkward and embarrassing, and it makes me feel very unsafe. For a while I refused to pray in public because of that. These things have happened several times to us and it has happened to my friends’ moms too. My mom tells me that we just need to remember that there are good people and bad people in the world and that we have to encounter both.

One day after school, I noticed that my mom looked cheerful. I asked her why she was so happy and she told me that when she went to Lifetime Fitness, this man walked up to her and told her that no one will ever be able to kick Muslims out of America. He also told her that he had read the Qur’an just to learn about who Muslims are and what they believe in. This was a truly touching experience that gave me hope.

Muslim American girls deal with many struggles; these are just a few of them. Even though it may be hard on us, we still feel confident about who we are. I am proud to be a Muslim in America. 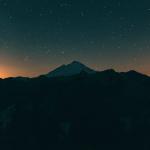 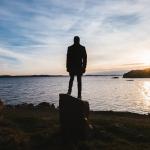