4 Questions I’m Sick of Hearing As a Muslim Convert

I often get asked questions about my religion and my choice of dress. I also get asked many questions about why I converted to Islam. However, there are some questions in particular that I’m tired of being asked, and I know many Muslim converts who feel the same way.

(I am sharing my personal experience and/or that which some other converts have told me about. I do not speak on behalf of all Muslim converts.)

1. “How does your family feel about you converting?”

I get asked this by non-Muslims and Born Muslims alike, and I think this should be a rhetorical question. Obviously, my family is not happy that I’m not a Christian. Yes, some of them even believe I am going to Hell, although I don’t think that about them.

Sometimes I think non-Muslims just ask me this out of spite.

This question can really hurt someone’s feelings. It can trigger many emotions. It can be extremely hard when their family or loved ones do not support them.

2. “You converted for your husband, right?”

I’ve also heard this from both non-Muslims and Born Muslims. Me personally, I converted when I was alone, on my own, and from doing my own research. I feel annoyed that some Born Muslims think I am not smart enough to learn about Islam on my own.

A Christian Woman who married a Muslim once told me, “You’re a better woman than I am. I would never convert for my husband like you did.” I converted two years before I met him, FYI. Yes, some people convert to please their husbands or their in-laws but we should not judge them either, because some of those converts could become better Muslims than any of us. God guides whomever He wants to Islam; it does not matter how they got there.

It took me a while to learn how to pray. No one taught me, but everyone would ask me this question. Some people even judged me for not knowing how to pray, but didn’t try to teach me, either.

If you ask a convert this question and the person doesn’t know how to pray, you should try to teach them yourself.

This has never happened to me personally, but I have seen this question asked so many times.

One time, I was talking to a female convert and someone asked me right after she walked away, “Is she is single? Does she want to get married? She would be a good wife for…”

I know of another incident that happened to a different convert sister. An “aunty” asked this convert to marry her son, but the convert later found out he already had another wife and just needed a green card.

These are only four questions, but I’m sure there are many more. Are there any questions you are sick of hearing as a convert? 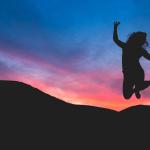 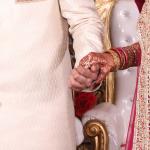 What if Allah is Beautiful and...
The Living Tradition
Related posts from Mostly Muslim