I’m not sorry; it must be said…

In the Muslim community, we have a marriage crisis to say the least, and for some odd reason, the blame is always placed on women. We are too old, too fat, too skinny, too successful, too tall (what the…?), too dark, too ‘something’…But I’m here to say, this is absolutely ridiculous. We need to change our language around marriage and keep in mind that there are two people to the equation.

We need to acknowledge that we live under an allusion that the older a woman grows, the less desirable she becomes. This is garbage. I get it, her eggs are getting old, but a woman younger than 45 years old is not going through menopause. Also, how hypocritical is it that a man who is 30 is at his prime, yet if a woman is 30, there’s got to be something wrong with her. Hey, 31-year-old Ahmad, I promise, the sister who is closer to your age is perfectly fine. I promise, marrying someone who you can relate to will do no harm. I also promise that an older woman is not defective.

“Sister, you should have focused more on getting married than on your studies.” I don’t know any woman who goes into higher education in order to not get married. What are we supposed to do? Sit at home and wait for ‘Abdullah’ to show up at the door? You might be a skeleton by the time he decides to show up. Why are we blaming women for bettering themselves?

A Woman Is Not a Prize

This might come as a surprise, brothers, but “keeping pure” and not fornicating is not to be awarded. It’s like the 5 prayers. I’m not going to pat you on the back for doing it, and this idea that you deserve an award for doing your Islamic duty is garbage. That you should be awarded with the prize of a woman is garbage. And basing the value of this “prize” on unrealistic beauty standards is garbage. And if we want to play the prize game, show up to the party with the same standards you’re asking for.

“Your Standards Are Too High”

If a woman wanting someone who prays, has good manners, and respects her is high standards, we are at the end of times. But I question, because ‘Ibrahim’ can have a laundry list of physical requirements that will be validated, yet a sister who doesn’t want to marry someone who is not religious or educated is called picky. Interesting. Wanting a Beyoncé/Khadija (ra)/whatever is validated but wanting someone who tries to live in the light of the Prophet (saws) is asking too much. Again, interesting garbage.

So Here Is the Solution…

Ladies, I’m going through it too — sifting through garbage to find the one. We will find the one, Allah will take care of it. It will not be easy, trust me. Sometimes I doubt everything I’m saying here and go through a spiral of self-hate, but Allah’s got this. And the biggest thing: There is nothing wrong with you!

P.S. I don’t hate men; I like men. I really like men who respect women physically, mentally, emotionally, and spiritually. I just think it’s time to point out the nonsense that we are allowing.

Time to throw away the garbage. 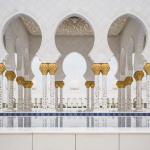 September 26, 2017
4 Questions I'm Sick of Hearing As a Muslim Convert
Next Post 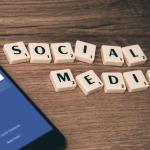