Why I Choose Islam Every Day

Whenever I feel my Imaan (faith) slipping away – and it happens more frequently than I would like to admit – I take a moment to remind myself why I choose to be a Muslim when I could be anybody else. It is, unfortunately, becoming harder to practice Islam in most societies, but I don’t regret my choice. I wouldn’t give it up for anything in the world. Here are my reasons for choosing Islam:

It Answered My Questions

For a long time, I had many unanswered questions about God, life, and the universe. It was only after I dug deeper into Islam that my questions were answered. Islam provided logical answers to questions like: Why did God create man? Why is there so much suffering in the world? I can’t succinctly explain the answers I found in this article, but they make sense to me and they help me make sense of the world.

“We certainly have created man to face distress. Does he think that no one has power over him? He will say: I have wasted much wealth. Does he think that no one sees him? Have We not given him two eyes, and a tongue and two lips and pointed out to him the two conspicuous ways? But he attempts not the uphill climb; and what will make you comprehend the uphill climb? [It is] to free a slave, or to feed in a day of hunger an orphan nearly related, or the poor one lying in the dust. Then he is of those who believe and exhort one another to patience and exhort one another to mercy.” [Qur’an 90:4-17]

Another reason I choose Islam is the Quran’s emphasis on reason. The Qur’an gives a prominent place to reason in the attainment of faith. There are many verses in the Qur’an that state rational proofs of Allah’s omnipotence: the wonders of creation, such as the movements of the heavenly bodies; the gestation of animals; atmospheric phenomena; and the variety of animal and vegetable life so well-adapted to men’s needs. All those things are “signs (ayat) for those who reflect.”

S”o have they not traveled through the earth and have hearts by which to reason and ears by which to hear? For indeed, it is not eyes that are blinded, but blinded are the hearts which are within the chests.” [22:46]

It Is a Choice

The Qur’an continually states that religion is a choice and that nobody should be forced to worship God. We are reminded that God could have made all of mankind rightly guided, but it was within His purposes to do otherwise.

“There is no compulsion in religion. Verily, the Right Path has become distinct from the wrong path. Whoever disbelieves in Shaitan and believes in Allah, then he has grasped the most trustworthy handhold that will never break. And Allah is All-Hearer, All-Knower.” [2:256]

It Is Very Hopeful

All over the Qur’an there are numerous reminders not to lose faith and that God forgives all sins.

“Say: “O my Servants who have transgressed against their souls! Do not despair of the Mercy of Allah. Indeed, Allah forgives all sins. Indeed He is the Oft-Forgiving, the Most Merciful.” [39:53]

“And when My servants ask you, [O Muhammad], concerning Me – indeed I am near. I respond to the invocation of the supplicant when he calls upon Me. So let them respond to Me [by obedience] and believe in Me that they may be [rightly] guided.” [2:186]

“And whoever fears Allah – He will make for him a way out, and will provide for him from where he does not expect. And whoever relies upon Allah – then He is sufficient for him. Indeed, Allah will accomplish His purpose. Allah has already set for everything a [decreed] extent.” [65:2-3]

It Brings Me Peace

This reason is a little subjective, but I am happiest when I am worshiping God and trying to please Him. Listening to the Qur’an makes me feel so peaceful and loved. Imam Ghassan said it best:

“Nothing happens except by the will of Allah! When we breathe in, it is by His will. And when we breathe out, it is by His will. When we lift our foot to take a step, it is by the will of Allah, and we would never be able to put that foot back on the ground except by His command! When a leaf falls from a tree and twists and turns on its journey to the ground, no segment of that journey takes place except by Allah’s will. And when we pray and put our nose on the ground, we feel a joy, a rest, a strength that is outside this world that no words could ever describe. You have to experience it to know.” 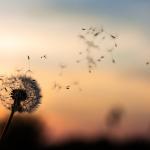 October 20, 2017
Broken Labels: Choosing to Define My Own Self-Worth
Next Post 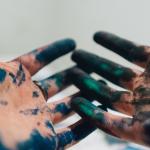 October 25, 2017 My Journey and Struggles as a Muslima Artist Dealing With Mental Illness
Recent Comments
0 | Leave a Comment
Browse Our Archives
get the latest from
Muslim
Sign up for our newsletter
POPULAR AT PATHEOS Muslim
1