The Cult of “Specialness”: Why I Live for God, Not Society

Members of the American middle class are raised in a nation of strivers, a nation founded on the right to pursue happiness. Their discontent is “productive.” It gets things done. The drive to do better pulls them through graduate school and up career ladders, through salary negotiations and gym sessions.

Claiming dissatisfaction with the status quo is just something everyone does. Everyone is trained in the West to strive for More, Better, New, and Now. “Think Different” and “Question Authority,” appear on billboards and posters everywhere. Accepting your circumstances uncomplainingly is about as fashionable as Myspace, but it is strikingly similar to the “Mindfulness” trend that is gaining traction in the west.

To compound the issue, we live in the age of Oprah. To get into a good school, land a prestigious job, or to be valued at all requires presenting the world with something new and unique – an original personal narrative, as well as unique intellectual gifts – that would make one stand out from a tall pile of applicants. Western culture has the admirable goals of speaking up and standing out, but these values also bring collateral damage. It becomes harder for people to be grateful for the simple things. The small things. Anxiety and depression become the order of the day.

I didn’t want to be dragged into a culture where I had to put myself at the center of my world. Experience has taught me that only Allah should be at the center.

I recently finished an internship at an international company and I was miserable the entire time. Throughout the experience, there was an emphasis on standing out and showing off all the unique, special interests and hobbies each intern had. It was a very competitive internship and it turned out to be a very intense period for me.

While I have never felt like I could instantly fit into any organization, I felt truly uncomfortable trying to appear “awesome” for the sole purpose of getting a group of people to like me enough to give me a job. It was made worse when everyone concluded that I was boring because I didn’t have enough interesting hobbies or stories.

After the internship, I tried to put the experience behind me and decided I wanted to have a career where I could be myself and still excel. I didn’t want to be dragged into a culture where I had to put myself at the center of my world. Experience has taught me that only Allah should be at the center. My reactions were validated when I read the story of a young woman who thought the same way:

She was skeptical about the culture of individualism that dominates Western life. It starts so early, she said: “Even in nursery school, in Show and Tell, there’s a sense of ‘Look what I’ve got.’ There’s all this emphasis on the fact that it’s your thing and you’re showing it off. In this country, we’re constantly getting drilled, ‘This is your life, and you do with your life what you want.’ I don’t have this attitude that ‘I do what I want, because it’s my life,’ because the first thing I was taught is that it’s not your life. We believe you’ve been given this body to look after.” She was puzzled by anyone who thought they had a sense of ownership over their own fate, or even absolute ownership over their own body. Everything belonged to Allah.

It explained so well the differences between my fellow interns and myself. I saw a lot of vague dissatisfaction flourish around me. Western lifestyle doesn’t afford you a lot of opportunities to see the sky. With all the modern technology, it is easy to forget the original things. If electricity ever went out, the USA would grind to a halt. Surah Ar-Rahman reminds us of Allah’s various favors upon us, especially when we forget that all the good things we achieve come from Him.

“And the earth He has put for the creatures. Therein are fruits, date-palms producing sheathed fruit-stalks (enclosing dates). And also corn, with (its) leaves and stalk for fodder, and sweet-scented plants. Then which of the Blessings of your Lord will you both (jinns and men) deny?” [Qur’an 55:10-13]

“And surely, We gave you authority on the earth and appointed for you therein provisions (for your life). Little thanks do you give.” [Qur’an 7:10]

Want your voice to be heard? Send your submission to MostlyMuslim@gmail.com! Visit the “Contribute to MM” page for more details. 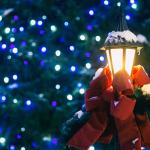 November 22, 2017
4 Ways You Can Support Muslim Converts This Holiday Season
Next Post 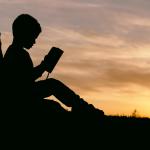