Red Pill or Blue Pill? | Accepting the Reality of the Afterlife

Red Pill or Blue Pill? | Accepting the Reality of the Afterlife November 13, 2017 Iman

In a famous scene from the movie “The Matrix,” the main character is offered two pills: a Red pill and a Blue pill. He is told that he can take one or the other, and that his decision will affect him for the rest of his life. The Blue pill will keep him living blindly, like the rest of humankind. The Red pill will show him the reality of their existence. The man picked the Red pill.

Many of us would not have been so brave.

We’re all faced with a similar choice in our lives. There comes a time when we realize that there is more to life than school, work, and entertainment. That there will be accountability for even our smallest choices, and an eternity of recompense for our actions.

Most of us run the other way when we’re presented with this truth; we take the Blue pill and hope it will kick in quickly, so we can keep living a life of deception. And then there are those who take the Red pill – meaning, they accept the reality and decide to prepare for it, undaunted by the sheer number of those who are working hard to ignore it.

The Qur’an, when truly pondered upon, is the ultimate Red pill. It is full of reminders about God, the Afterlife, and the impermanence of the dunya (wordly life). Not everyone contemplates while reading the Qur’an, because the reality of the Day of Judgment is a hard pill to swallow. But I’m here to say, we must swallow it nonetheless.

In the same scene from “The Matrix,” the man who is explaining about the pills also says that we are all slaves who were “born into a prison.” I can’t help but think of the hadith where the Prophet (saws) said, “The dunya (world) is a prison for the believer and a paradise for the disbeliever/rejecter” [Narrated in Sahih Muslim].

It makes sense that this world would be paradise for those who don’t believe, because even if it’s not perfect, this is as good as it is going to get (whether in reality or in their perception). Whereas for those who truly believe (meaning, they take the “Red pill” and live with the Afterlife in mind), this world is a prison because we feel trapped in this imperfect life. We are all slaves of Allah, ready and eager to get to Jennah (paradise) inshaAllah.

Not everyone contemplates while reading the Qur’an, because the reality of the Day of Judgment is a hard pill to swallow. But I’m here to say, we must swallow it nonetheless.

For those of us who believe that we have taken the Red pill and are already aware of and preparing for the Afterlife, there is a simple litmus test: congruence between thoughts and actions. Meaning, do our thoughts match up with what we do? Do our choices represent our intention to please and worship Allah (swt)? It’s easy to say we believe in the message, but do we act in accordance with it? Once we know that Allah has told us to do something, do we actually do it, or do we cop out by saying that all that matters is what’s in our hearts? Does what we do or don’t do with our time reflect our faith in a beautiful way?

In Islam, actions and intentions both hold a lot of weight. For example, a person can have the purest character, but if they are not praying their five daily prayers, that is still a major sin which is written in their book of deeds (and vice versa). Accepting this is part of taking the Red pill. If we are convincing ourselves that Allah will forgive our sins even though we are choosing not to obey His commands, we are still living a life of deception which will inevitably catch up with us. You and I need to judge ourselves by a higher standard.

As ‘Umar ibn al-Khattab said, “Hold yourself to account before you are judged, and weigh your actions before they are weighed against you.”

“Know that the life of this world is but amusement and diversion and adornment and boasting to one another and competition in increase of wealth and children – like the example of a rain whose [resulting] plant growth pleases the farmers; then it dries and you see it turned yellow; then it becomes [scattered] debris. And in the Hereafter is severe punishment and forgiveness from Allah and approval. And what is the worldly life except the enjoyment of delusion?” [Qur’an 57:20] 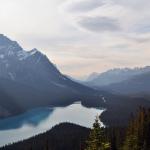 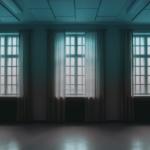 November 17, 2017 Fighting the Stigma of Mental Illness: This is My Story
Recent Comments
0 | Leave a Comment
"I did shared very nice verses from Quran"
Halal Quotes 5 Verses of the Qur’an That ..."
"This was beautiful. I'm also spending more time appreciating the blooming lilacs, the care of ..."
Trellia Solitude and the Virus | An ..."
"It's good to hear you're finding some silver lining for this times. In all honesty, ..."
David Brevik Solitude and the Virus | An ..."
"This genre of writing is known as Haibun in Japanese literature. The most famous exponent ..."
iljasb Refuges: A Poem
Browse Our Archives
get the latest from
Mostly Muslim
Sign up for our newsletter
POPULAR AT PATHEOS Muslim
1