Fighting the Stigma of Mental Illness: This is My Story

Fighting the Stigma of Mental Illness: This is My Story November 17, 2017 Stephenie Bushra Khan

Since the age of six, I have struggled with mental illness.  This was because of great losses in my life, including losing my family at a young age. I was taught never to express my grief. I was told not to talk about the death of loved ones – to go on as if nothing had happened. I could not take the injustice of my siblings being put into an orphanage by my abusive father. I was told that I was the lucky one since I did not have to live there. But I rebelled, because even at a young age, I felt a strong sense of injustice.

All my life, I had many breakdowns because I could not deal with grief. Although I tried, I could not bury my losses in my mind. There were periods of my life, particularly my teen years, where I was very ill. I had strange clothes and delusional thoughts, and was severely depressed. My classmates taunted me. Fortunately, I had teachers who mentored me. I became well for the time being. At one point, I had no human contact in the way of touch for two years. I suffered on my own.  I was also a victim of emotional and other types of abuse.

But I did have a healthy side. What saved me was always my belief in God, and I always had a glimmer of hope. I retreated into the woods at a young age. I found the Oneness of God there, in nature in the New England woods. I relished in the changes of the seasons, changes of light, and the sounds in the woods of birdsong, animals, and gurgling brooks. This is what saved me. I became an artist and writer. No matter how many times I fell into severe depression, I could get back on my feet because of that glimmer of hope.

I went through healthy periods in my life. I met my husband, who rescued me from a life of poverty. I had children who I held and loved. My happiest days were my wedding day, the births of my children, and their accomplishments.

But I continued to have breakdowns. One severe breakdown I had was during the pregnancy of my third child. I was hospitalized three times in three years, and even had shock treatment, but I eventually did recover. It was mostly because of my faith in God that I wanted to live, and to be a wife and mother to my husband and children. I was then that I was diagnosed with Bipolar 1 disorder.

I volunteered in the school district as an art teacher when my children were small. I did manage to raise my children and I loved them and wanted to be successful.  To everyone else, I appeared normal. My children loved it when I was manic, because I would spend a lot of money on them. I helped my youngest son who had learning disabilities to become very successful, by spending time with him after school.

I also managed to work as the children became older. I worked with autistic children. I was an art teacher who worked with abused children. From a young age, I would work with disadvantaged people with mental or debilitating illnesses because I felt a great deal of compassion and empathy for them.

When my children left home, I became an artist again at the encouragement of my eldest son. I did write for magazines and newspapers while they were growing up, but I did not do artwork. It was only after the death of my father, as a way to deal with my grief, that I decided to stand up on my own to feet and paint after so many years. I had a mentor and with his help, I managed to have my first show and began to exhibit. I also joined artist groups and the local Interfaith Council.

When I was well, I looked very well and capable. When I was ill, however, I looked very sick and dressed badly, as well as gained weight. I felt that some people did not know how to deal with someone who was severely depressed, so they just stayed away. I would talk endlessly about my disturbing past and the loss of my siblings. I would write long emails to those close to me, as a way to relieve myself.

I had another breakdown. This was a crisis of faith. Things had happened to me that hurt me very much regarding religion. The conflict in the world bothered me, I struggled being a converted Muslim, and my feelings of severe rejection by very close friends were painful. I had a conflict raging inside of me between being a creative artist and being a Muslim who did figurative paints, and this led to a feeling of not fitting in. My eldest son had left home to go to school. I could not stand on the prayer rug, because I visualized a punishing God who would not accept me for past transgressions. Also, clergymen who took advantage of vulnerable women reminded me of my own past. The injustice and hypocrisy bothered me. I started getting up at night and painted for six hours at a time, and practiced Sufism and prayers while also going out with friends and keeping up the house. I had a manic attack. I instantly dropped into a very severe depression and into a ball of sadness, crying for those who loved me.

I had to go to an outpatient psychiatric program for two months where they could not stabilize my mood. I almost lost my faith in God and in life. I was diagnosed with Bipolar 1 disorder, PTSD, and unresolved grief. I took days off from the program to attend the Interfaith Council, because I was the secretary. I really did not know the Real God. I did not find Him. My mind was clouded and not in touch with the world and with Him, despite having a husband and children, a beautiful home, and traveling to different places in the world. I lived in a very disconnected way, and lived a shadow of a life. I did not remember a lot of details of my life, because of my obsessive thoughts about my past.

People who I knew withdrew from me. I had severe side effects of my medication, particularly lithium that almost destroyed my kidneys and urinary tract, and was poisoning me. I was taken cold turkey off the medication and fell into deep psychotic depression, where I should have been hospitalized, and almost had shock treatment. People blamed my husband for my depression and my looking sick, although he was never the cause of it. They lectured him. Some friends did not understand and even ended our friendship.

I struggled to get well. I realized that I was very angry and had to forgive those who abused me. I feel that I blamed God for my hardships and losses. I met with a God-oriented therapist that saved my life, and taught me mercy. One day, through the Grace of God, I woke up and my world was no longer clouded. Everything became luminous. The clouds of grief and PTSD were gone. I had a religious experience that was given to me through Grace. I had dealt with my PTSD to the point that my Bipolar illness came into remission. For the first time in 50 years, my faith grew back into my childhood, to the God of the woods and of the whole universe. There was no distinction between religions and faith. Yet still, I follow the Islamic faith.

We all follow an individual path to God. I was taught how merciful He was to me, how He stood by me and how He sent others to rescue me. He gave me my husband and children who stood by me loyally, and a few close friends. Sometimes the clouds do return, when I recall all the hurt and confusion I went through. But I must remember the God of the Universe, and to look at nature and the stars, and realize that each time I fell… He picked me up and gave me hope. 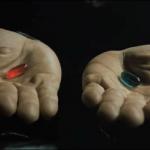 November 13, 2017
Red Pill or Blue Pill? | Accepting the Reality of the Afterlife
Next Post 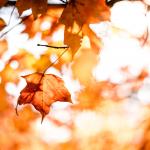