Don’t Tell Me That My Race and Religion Are Equal

Race and religion are often mentioned together in the same context, as if they are equal. But the right stance on things is more important than all the other good traits a person might have. Beliefs are not just accidentals, like ethnicity or skin color. So I want to say, stop trying to pair “race and religion” together all the time as if they’re equal.

Race and religion are not even close to being equal. Race is an immutable thing outside of everyone’s control. Religion is a conscious choice people make about the most important thing in human life: what is reality and what is right and wrong. Can there be anything more important than these questions? In our world-view as Muslims, the right belief is the greatest good a human being can have. It is the asset that must be protected first, before anything else. It is more important than anything physical. More important than nationality or ethnicity.

It’s funny… These days, some people will preach to you, “Whether you’re white or black; Muslim, Jew, or atheist; gay or straight…” How many times have you heard this mantra? It’s like a prayer to them. But they’ll never say, “Democrat or Republican, Trump supporter or Obama supporter, Evangelical Christian or just a spiritual person…” Hmm, I wonder why. Why do they draw the line there? Maybe it’s because when it comes to their positions, beliefs suddenly matter!

For Liberals, who drive the lion’s share of media in America (and the world now), heavenly religions don’t matter, but the synthetic Humanist ones do. What they consider ‘justice’ or ‘social justice’ is worth getting angry over. It’s worth breaking ties and boycotting people and companies for. They’ll happily ostracize a celebrity who goes against their creed. It’s probably worth dying for to them. So who says beliefs don’t matter? These people hold beliefs above everything else, just that it’s only their beliefs that matter. (Actually, some of these Social Justice Warriors are so extreme, if they ever became Muslim, we would have to calm them down. I would say listen, let me give you some Sufi biographies so you can calm down.)

So what’s the final point we’re getting at? It’s that we have to get our confidence back and realize who we really are. As a whole community, not just as individuals. And that confidence and sense of identity is not going to come from race or ethnicity, personal bravado, a natural talent, or because someone is rich or powerful or good-looking. All those things can change, or they’re limited to a few accidentals. Rather, the believers’ confidence is based on iman – our faith and trust in Allah. And that iman is bolstered and fortified by ilm (knowledge). “Verily those who truly have awe of Allah are those who are learned.” [Qur’an 35:28]

It is vital for us to know and vocalize that our identity comes from our beliefs, and that those beliefs are not trivial enough to be reduced to the same worth as the color of one’s skin. I look forward to the day that this type of confidence is reflected in our institutions, not just in individuals.

About Dr. Shadee Elmasry
Dr. Shadee Elmasry serves as Scholar in Residence at the New Brunswick Islamic Center in New Jersey. He is also the founder and head of Safina Society—an institution dedicated to the cause of traditional Islamic education in the West. His courses can be found at Safina-Online.Teachable.com. You can read more about the author here.
Previous Post 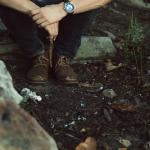 April 5, 2018
The Secret to Avoiding a Life of Regrets
Next Post 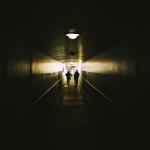