Like many kids in high school, I was subject to extreme bullying. I was extremely heavy and wore old lady clothes and hand-me- downs. I suffered also from severe depression. Nobody wanted me on their teams in gym in high school, and I was often laughed at. Someone nominated me as homecoming queen as a joke. I cried my eyes out. I had very few friends, and I was not accepted at home either.

Suicide did not cross my mind, though. I was extremely lonely, but I had my art, poetry, and deep belief in God. I also loved nature. This is what saved me. Teachers would become my mentors: my art teacher asked me if I wanted to paint murals; my English teacher gave me books to read; my French teacher had me clean with him in lab. He had a degree in psychology. He was a decent, elderly man who truly helped to lift my spirits.

As I became older, my situation changed. I started to dress beautifully. I married a good, well-educated man. I lived in a beautiful home. As a teenager, I dreamed that someone would just hold hands with me. Now I have someone to hold my hand every day, Alhamdulillah (thanks to God).

There is beauty that restores the soul. We are not meant to compete with one another. We have emotions and we feel—all of us.

How I was treated created big scars that took years to get over. But as I became older, I met some of the people who had bullied me, and as teenagers, they had bigger struggles that I did. I realize now that they were just taking out their problems on me by using me as a scapegoat.  I realized that as they grew up, they had suffered the same loneliness and brutality as me. The scars went away; I felt compassion.

One thing about our children is that we encourage them only in math and sciences, but we do not teach them that there is more to life than this. There is beauty that restores the soul. We are not meant to compete with one another. We have emotions and we feel—all of us.

We are pressured too much as children, and there is a bombardment of sexual and violent images on television and social media. Teenagers are not ready for this. They bully others on social media. Little by little, they become isolated and depressed, disconnected from the beauties of reality and spirituality. Many turn away from religion, and where there is no spirituality, suicide becomes rampant. There is nothing to hold on to.

There is also so much isolation, especially if children do not get the support at home, which I also did not have. I suffered from severe depression, but the thing that got me through it was my spirituality and art. I never lost faith in God. I also had mentors that truly cared about me.

Ultimately, my marriage did not save me. I realized that you have to save yourself.

Teachers are now afraid to get involved.  They are afraid they will get in trouble and lose their jobs. Parents are also struggling, with both parents working and sometimes bad marriages. They have to deal with their own struggles. Those in poverty have no choice but to work, leaving their children alone or in daycare. Some children have so many activities that they do not have time to develop their own imagination, compassion, and self-compassion for others. I was left alone for hours and felt I had no one.

Where do we learn compassion, if we do not learn it from home? Parents should be compassionate towards each other. I did not feel it at home. I learned it through suffering and those who were kind towards me. I felt sorry for those in the same situation, especially those with mental illness, or mental impairments such with autism. I worked with patients at nursing homes and tried to show them the utmost respect and compassion.

When I left home, I felt it was an escape for me. I went to art school and found other people like myself. I tried to mentally seek what was better for me and I knew that education was a door to a better future.

I met my husband. He rescued me in a way. I was with educated people who were of a different class.  I became very eloquent and well-dressed. I wore beautiful saris. Those in high school would not have recognized me. I still did not develop self-compassion. I felt what I had done at times in art school was a form of rebellion. I felt very guilty for years.  I always felt that I was ugly and had no self-worth… Ultimately, my marriage did not save me. I realized that you have to save yourself.

Many years later, as an adult, I wrote a letter to the person who tormented me. It was not a nice letter. She called me and cried over the phone. She was very kind towards me. We did eventually meet as adults. She told me about her teen years struggling with a bad situation at home. Her situation was a great deal worse than mine.  I deeply understood, and felt ashamed that I wrote that letter. We had a very nice time together. We felt compassion and equality together. She was truly sorry and I was sorry also. I forgave her, and I forgave myself for harboring a lack of compassion all those years.

We should teach compassion and self-worth, and if someone sees another person suffering, they should step in.

Those students who knew that I had married well, and made it as an artist, were overly kind to me. I appreciated it, but I did not want it. I just wanted to be treated equally. I wanted their friendship, but not to feel sorry about it. Through therapy, I had to overcome the hurt, and learn to not hate myself. I came to the awareness that I am a beautiful human being and have a lot to be grateful for, that God is compassionate and merciful, and that He loved them and He loves me as well.

I feel there is too much depression, and too many guns around—that someone would be tempted to use it on themselves (as suicide) or on others. They hate themselves, and they grow to hate others. They lost themselves and their humanity. They have lost compassion for themselves and for others, and have even lost their spirituality, which could have saved them. There should be someone who is there to reach out to them before it happens; there should be mentors who can reach out and help when someone is struggling, as I was.

I lost my teen years; I was so isolated that I did not know the struggles of others around me.  I did not go to basketball or footballs games or knew the music of the time. There were friends who reached out to me, though. God bless them.

For me, I see the shootings and remember things, and feel horribly sad over the situation. It does not matter to me what happened long ago. I hold my head high. But I feel sorry for all the teenagers involved. They know nothing about life, and how life can change and give hope again. We should teach compassion and self-worth, and if someone sees another person suffering, they should step in. We should teach our kids to love themselves, not to hate themselves, and we as parents should spend time with them. We need to teach our kids self-worth. 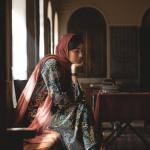 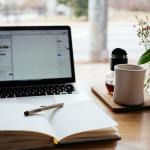 July 3, 2018 How a Creative Block Helped My Relationship with God
Recent Comments
1 Comment | Leave a Comment
Browse Our Archives
get the latest from
Mostly Muslim
Sign up for our newsletter
POPULAR AT PATHEOS Muslim
1