Food and Feelings at the Local Mosque: Overcoming My Fear of Muslims

I was on the scene when the Muslim community of Temecula Valley broke a Ramadan fast at the Islamic Center on Nicolas Road. My friend Stephenie Khan invited me. I had been receiving nudges from God for months (maybe years) that I needed to get over my fear of Muslims.

Recently, someone said to me, “Fear is not of the Lord. Fear is the Accuser’s way of keeping the house of God divided.” Father Tim preached on, “A house divided against itself cannot stand,” the very Sunday after I had been to the mosque. Do you see what I mean about nudges?  I decided to take a risk and brave the mosque.

First, I had to dress appropriately with sleeves to wrist, hem to ankles, and scarf covering hair. I managed those parameters, but not stylishly. It was pretty obvious that I was a visitor, but that didn’t bother my Muslim “sisters” who welcomed me warmly.

The Islamic Center lacks a social hall and kitchen, but that doesn’t stop them feeding a very large crowd. Long tables set up on the pavement behind the building were separated, male and female. We sat down but didn’t touch the water and small bites already laid out on the tables. We had to wait till sunset.

I had been receiving nudges from God for months (maybe years) that I needed to get over my fear of Muslims.

At sundown, we ate from the appetizers, starting with a date. I also tried potato and onion turnovers, a savory pancake, and crunchy bits of fried garbanzo flour. This broke the fast of Ramadan for those who had fasted 16 hours that day.

Next, we went in the women’s door of the mosque after shedding our shoes. I sat off to the side while Stephenie joined the other women on the lovely turquoise carpet, the only beautiful element in the otherwise plain room. Bands of floral motifs in the carpet help the worshipers line up straight: men in the front, women in back, and kids romping all over.

I didn’t find the separation of sexes offensive. Some women prefer to attend a women’s gym. Muslim prayers are such a workout; I flashed on a women’s exercise class as the sisters stood, bowed, knelt, stretched face-down, and stood up again.

All the time the imam intoned in his resonant Arabic prayers, which I couldn’t understand. His words signaled movements and vocal responses in the congregation. I imagine I would have been just as lost at a Roman Catholic mass delivered in Latin. But I felt the presence of God in the room, and I was struck by the humility of Muslim prayer: barefoot, prostrate on the floor, surrendered entirely to the deity. It reminded me of priestly ordination services I had seen in our church.

Later, Stephenie told me that worshipers are to line up shoulder-to-shoulder. Leaving a gap between yourself and the next person is not appropriate.  I felt brotherhood and belonging at the mosque.

I felt the presence of God in the room, and I was struck by the humility of Muslim prayer.

Hospitality matters to Muslims, if the dinner we enjoyed after prayer is an indication. We had rice with lamb, chicken curry, chick-peas, salad, and naan bread. I couldn’t finish all the food, but I had room for the delicious dessert of mango rice pudding and baklava.

A magician-puppeteer-musician entertained the children in a nearby tent, and the youth dined on pizza. The demographic of the membership is all ages, many ethnicities, and about an equal number of women and men.

More prayers followed dinner, before the “fundraiser” started. The Islamic Center needs about a million dollars to build phase 2 of their center, and the imam got $105,000 from the congregation that night. No bake sales, no silent auction, just a direct verbal appeal, on the spot, with the incoming donations projected on the wall graphically in real time. I was impressed.

According to the imam, the Koran says that Allah promises never to let anyone fall into poverty because of charity. He promises to replace all money donated and pledged.

I came away with my fears gone and a warm feeling of connection to my Muslim sisters and brothers. I look forward to returning on the weekly sabbath (Friday) to hear one of the imam’s sermons in English! 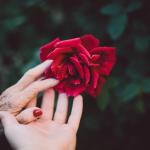 July 10, 2018
The Spirituality of Becoming Older and Accepting Our Own Mortality
Next Post 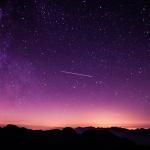 August 2, 2018 What Is the True Meaning and Purpose of Life?
Recent Comments
0 | Leave a Comment
Browse Our Archives
Related posts from Mostly Muslim