The Rape Culture and Being Muslim

Due to the #MeToo movement and #BelieveSurvivors, there have been many articles written about sexual abuse. We live in the brutal Stone Age when it comes to believing women when it has occurred. I cannot believe how corrupt and immoral this society has become, to the point that even elected officials or persons of authority who have committed these immoral acts are not scrutinized or blamed. Our elected officials used to be put on such a high standard of decency and morals, but no more. This also used to be true of our community leaders and our leaders of worship.

Even when I was younger, 40 years ago, no one would believe women who women were victims of rape or sexual abuse. Women had to defend themselves. When they reported it, they had to stand up in court, be crossed examined about their sexual history, their dress, and their conduct, to prove they were telling the truth. The women were on the trial. Many times the rapist was not convicted. It was a very shameful and demoralizing situation that women had to endure. Not much has changed today.

Rapes happen everywhere, not just in dark alleys, on school campuses, or in places of worship. Having been a survivor of sexual abuse and rape myself, I will always remember every detail of the attack, including the rapist’s face. I remember there was a knife on the kitchen counter, and I was so afraid the he would use it against me if I did not cooperate.  Was it my fault that I opened the door, as a young woman, thinking it was a friend of mine? I was dressed decently in normal clothes.  This was 40 years ago. Yet he not only took my innocence, but my faith in God, and my sense of security would be ruined for years to come. I remember the time and date. I imagine that other women who were victims remember every little detail of the attack, specifically the face, if the person was recognizable.

Our elected officials used to be put on such a high standard of decency and morals, but no more. This also used to be true of our community leaders and our leaders of worship.

I feel that in war torn countries, where many rapes occur to humiliate and devalue women, that this is an act against humanity. This is an act of violence and degradation against women. It is a war crime. Many women who are robbed of their dignity and morality commit suicide. It can happen in any society. Women pay the price. Their reputation and morality is destroyed. Many times, no one will marry the woman and she is an outcast. Many times, she bears the child of her rapist. Many become captives of war and are subjected to repeated raped, and treated as nothing.

Why is it not considered a war crime here in this society? Here, we say that boys will be boys, whereas women are considered damaged goods. Nothing is said about the damage to the women’s soul.

Many of these men are elected because they are supposedly pro-life. I wonder what would have happened if these women they raped became pregnant. Many would ask them to abort the child, because it would ruin their reputation. Many get away with it, believing they did nothing wrong. They feel the excuse is because of drugs or alcohol, that they were intoxicated, or the woman did not explicitly say, “No.”

Ideally, women in Muslim countries are protected more by society and their families. There are certain rules for culture, dress, and behavior that men and women must follow in how they conduct themselves. Not to say that rape does not happen in Muslim countries, but the stigma and social consequences could be worse.

In western cultures, where everything is sexualized, the environment is different. Also, because of broken families, women are more vulnerable, especially when they do not have the guidance or the protection of a male figure.

Rape, or attempted rape, is an act of violence where the victim is dehumanized, treated as an object.  Women suffer for years afterward through nightmares, PTSD, and paranoia, not to be able to walk on the streets freely, get into taxis, or be alone in rooms with men. There is constant fear. These women need therapy and psychiatric care for years to come.

Being a rape victim, I lost my innocence and trust in God that night. After becoming a Muslim woman, how do I face God, if this society taught me to blame myself? It took away my love for nature, because I became too fearful to walk in the woods alone, or even afraid to leave my house alone.

I am not ashamed of being a rape victim. I did nothing wrong, except opening a door without asking who the person was. For many years, even now, I cannot wear a hijab because of my sexual past, although I am extremely modest. I felt shame. Now, for other victims, I am not ashamed to tell my story. I was too ashamed to search for my rapist, to have him arrested, and to stand trial, afraid that I would be demoralized and put on trial. I knew that mentally I would not have been able to handle it. I would have fallen apart. The rapist got away.

It happened to me, and I can say that those who do these crimes should not call themselves men, but cowards.

Will the society I grew up in, and the followers of Islam, judge me now? Will other women be judged and discredited? In this society, is it permissible to degrade and violently harm and mistreat a woman? Communities leaders and officials, and other men in society, are patted on the back and get away with it.

I am standing on my own two feet after 40 yrs.  And rape is still rape, no matter when it took place. Whether it was recent or 40-50 years ago, it is still rape, and it happened. A woman never forgets, and it leaves such a scar. I can say that I am a worthwhile, decent woman, despite having experienced this thing and other events of my life. It happened to me, and I can say that those who do these crimes should not call themselves men, but cowards. They are war criminals and will be punished by God. 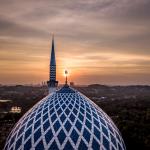 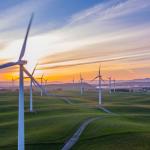