My Battle with Mental Illness and Shame: The Story of a Reborn Muslim

Within these past few months, something inside of me has changed. I became a “reborn” Muslim (not that I was not Muslim before). I read Malcolm X and read other books on the Quran.  I embrace every morning now. I embrace the universe and earth. I actually sing in the morning. I tell God how grateful I am that He has given me this life. There are only a few years left that I get to enjoy it. I say Alhamdulillah.

Struggles of the Past

For the first time in in so many years, I have mentally stability. This is after many years of suffering, hospitalizations, shock treatment, outpatient care, and medication. I have been diagnosed with Bipolar 1 disorder, PTSD, and unresolved grief. I took lithium, which almost killed me. It almost destroyed my kidneys and urinary tract.

I had many nervous breakdowns, psychotic depression, and extreme mania that made me mentally and physically collapse. At times I felt very insignificant and worthless, and thought that my life was meaningless. I say a big Alhamdulillah now, and I have the rest of my life to be grateful.

It all started as extreme loss as a child. My selfish, abusive father and my mentally ill, alcoholic mother abandoned my siblings and myself. We were sent to our grandparents. We had lived an idyllic life until my father remarried and took my siblings away. I lost them. I then lost my grandfather to cancer. Because of my abusive father, my brother and sisters were placed in orphanages, only to die premature deaths to drug overdose, and one sister committed suicide. My oldest brother and I buried her.

I was only six years old and felt tremendous grief, yet I was not allowed to talk about it or express it. I did not go to the funeral of my grandfather. It became buried inside me, and I suffered my first breakdown, and this is when at six years old, I became bipolar.

I had been mentally and sexually abused in my childhood. I would be mentally tortured and crucified if I stood up for my self. As a young adult, I had been a rape victim twice and had been sexually taken advantage of.

Even as a teenager, I had a severe manic attack and then severe depression, which went undiagnosed, and I suffered alone. I suffered agonizing physical pain and loneliness. But as a student, I had mentors of teachers who saved me. I was so afraid that I would end up in the back ward of a mental hospital. From books that I read, I thought I had schizophrenia.

From the age of 7 years, I started to write and illustrate my writing. I escaped to the woods and found the oneness of God in nature. I took on the faith of my grandfather, who was a devout French-Canadian Catholic. I would go to church as a young child and look at the altar of multi-winged angels, arching over the figure of Christ, on a gold background with white clouds… And a ceiling of azure blue sky with white stars. Looking at the altar, and the stain glass, and the ceiling, I did not realize at the time how much this would influence me as an artist later on. I would subconsciously paint angels without knowing why, with whirling clouds and a gold background.

I converted to Islam upon my marriage. I felt very badly that I could not stand on my own two feet and finish my education. I began to suffer acute shame and guilt. I suffered from severe depression. It was not because I became a Muslim, but because Catholicism was ingrained in me, in which I was taught that even if you have bad thoughts, you would be punished for it. I could not wear hijab, because I felt too ashamed.

I suffered a major breakdown when I was pregnant with my youngest son. I felt that I could no longer protect my children. I would watch them for hours to see if they were real… for I was not real to myself. I was told because I had been emotionally neglected and not treated as real as a child. I had severe psychotic depression. I had to be hospitalized three times, one with 12 rounds of shock treatment. I prayed to God that I would get better to raise my children. I could not take care of my children or myself.

At that time, I was diagnosed as chronic bipolar. I suffered from severe depression and grief while my children grew up. Somehow, I raised them. My husband could have divorced me and taken away my children, but instead he stood by me.

Through many dark hours, I did not practice my art, although I was a writer and published in magazines, and volunteered as an art teacher. It was not until I watched my father die in hospice that I was able to paint again. I was filled with grief when he died, that I would not have the father that I wanted all my life. He never protected me or supported me financially. I became a would-be Sufi, and I joined the Interfaith Council. I began to sell and exhibit my artwork.… But I feared God. I feared that He would punish me.

I recently had two major breakdowns within four years, and this last time, I had a severe manic attack where I could not sleep. I mentally and physical collapsed yet again. I always felt I had a deadline for my artwork and writing. I would paint for hours, day and night, until the point of exhaustion. I was on the board of an art organization and would volunteer manically for anything, but in the end, not be able to do it.

I had to do this, otherwise if I did not work hard, I would feel insignificant and worthless, and I wanted to be the best. I would not pick up the phone or socialize while I was painting. I felt so ashamed on the prayer rug. I felt God was going to punish me. Eventually I could not pray… I was having flashbacks, and this would trigger my PTSD, which would trigger my breakdowns.

My therapist suggested that I do EMDR (Eye movement Desensitization and Reprocessing) for severe PTSD. It is an integrative psychotherapy approach that has been extensively researched for the treatment of trauma. It is fairly new. It took five sessions… Now, I barely remember what has happened to me. I wrote all the things I was ashamed of on a piece of paper and the therapist made me tear it up. No longer did I feel the ashamed of my past, but I felt completely normal and happy.

I wish that I had this when I was younger, along with an outpatient psychiatric program. This would have saved me from a lifetime of suffering. I could not fast all these years because of medication, and because of my mood changes. I would fall into severe depression. I even went to Hajj, yet I felt that I did not deserve to be there and that I was not ready.

Spiritual Rebirth and a New Perspective on Life

Why do I say now that I am a reborn Muslim? Because I have been reborn to life. I am grateful for this life, and embrace it. I am more spiritual than religious. I am flooded with so many good memories that I had long forgotten, that I can’t stop telling the stories of my life. I do not feel the shame that had been triggering my breakdowns, nor the PTSD. I was taught how merciful and forgiving God was through therapy. He is not set out to torment us. He is not a punishing God. He is even more merciful as described in the Quran than in the Bible. We do not need anyone to intercede for us, and He grants forgiveness if we go to Him directly.

I have not fasted for years. I needed the sleep and regular eating patterns. I am well now, Alhamdulillah. The only thing I lack is the fluidity to paint, because of the blocks in my brain due to trauma. It is a good trade-off. I light my candles, put my roses into vases, and light incense the Sufi way. I remember Him all the time.

Yes…. I can perform worship like other Muslims, and fast, and feel empathy, and be aware of other people’s suffering in the world, other than my own. I can live the rest of my life mentally free of trauma, and do my duty as a Muslim, and feel pure before God.

For a long time, I was afraid to be outside, but now I walk and I garden, with a yard filled with roses. I feel that these roses bring me life, and in tending them, I feel a form of worship and healing. Alhamdulillah, I am grateful for this life…. I have lived an abundant life. Alhamdulillah. 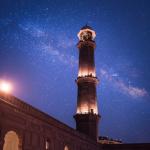 May 4, 2019
The Miracle of the Azaan (Muslim Call to Prayer): A Jewish Israeli's Perspective
Next Post 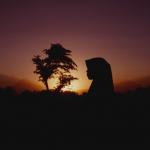