By the Waters of Babylon

The news hit today that SCOTUS, in a 5-4 ruling, struck down a pro-life bill in Louisiana. The bill in question (from what I understand) required abortionists to be doctors able to admit patients at local hospitals. There are probably complexities here which I don’t understand, but that seems pretty reasonable to me on the face of it. The vote that decided against it came, ironically, from Chief Justice Roberts, citing as precedent a decision he himself had dissented from—but his commitment to stare decisis overrode that. And remember, Roberts is not a Trump appointee. He was selected by Bush, whose political and personal commitment to the pro-life cause, or at any rate the anti-abortion cause, was completely credible.

Meanwhile a little group of people are huddled around a statue of St Louis IX in the Missouri city named for him, trying to making sure protestors don’t topple that one as they have toppled statues of Confederate generals and Christopher Columbus. I will admit that I am not particularly fond of this saint; I don’t doubt that he’s in heaven, but I don’t think he got there by waging war against Muslims in Africa and persecuting French Jews. (A waggish person might even point out that, since St Louis was so humble, he probably wouldn’t mind if we pushed his statue over, especially since he has the Beatific Vision to console him.) Now, to be clear, the prayers offered by the faithful, cleaning the statue of graffiti, these things I’m fine with. I am a great deal less fine with the zealous young priest who tried to school the crowd in what a flawless person St Louis was by arguing that he didn’t wage war with Africans, he waged war with Arabs. Which apparently makes it (1) okay, and (2) totally irrelevant to the ghastly history that has connected Europeans and Africans since the Crusades. Even if the pedantry here were not cringeworthy, the stubborn refusal to engage with a saint’s flaws in a context where they are very relevant? That reveals that the ikon has degenerated into an idol. The saints were human; refusing to reckon with their flaws is not just bad taste, it’s bad theology. Only one saint never sinned, and, by the by, her statues are not the ones being toppled. 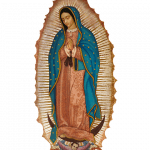 The culture war has not failed, in the sense that there are still people waging it. But the culture war is a failure. It was doomed to failure from its inception. It was always, even at its best, an attempt to harness earthly means in pursuit of heavenly ends; it never wanted anything as petty as a just society: it wanted a “Christian” one. Never mind that Christ never told us to build a Christian civic society, but to preach the gospel and to care for the poor. It was an attempt to build a city and a tower, whose top may reach unto heaven.

There is certainly some poetic irony at play here. The standard anti-Catholic cant of the nineteenth and most of the twentieth centuries was that Catholics would have divided loyalties between America and the Vatican—a less sophisticated, but not really different, expression of Locke’s desired exception to religious toleration for “those whose religion involves allegiance to a foreign power.” And Catholics were so eager to be accepted as fellow citizens that we’ve reached the point where that accusation isn’t plausible any more, when in truth, it’s an accusation that any Christian, Catholic or not, should be honored by. No one and nothing on earth merits our undivided allegiance. Only God does. But we just had to get choked by riches and the cares of this world, didn’t we? We had to play the American game. So—this is how cosmic laws work—the American game has been playing us for generations now, ripping the faithful apart into political factions, getting us to compromise for the sake of health care, or opposing abortion, or maintaining doctrines that were never even established as part of the deposit of faith, in the very teeth of the Pope’s instructions. We got what we paid for: you always do in a Faustian bargain.

Little enough to do now except fast and pray for the Church to be healed. Which probably means, in practical terms, praying for the Church to be rendered politically powerless again, at least for a season. Not that we should presume to instruct God about the best means for purifying his people; but we should be prepared for that to be the means, and prepared accordingly to accept it. 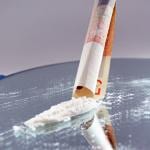 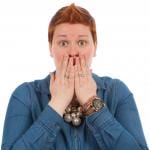