Intro to the McCarrick Report

So. The McCarrick report.

I’m hitting pause on my current series so I can get this out. I read the report last week. Despite its length, it only took a couple of days. I started this series in a Google doc while reading it. I was anticipating I’d compose three or four posts’ worth of material in response; in fact, my doc ran to over thirty pages. Therefore, I want to make a few remarks to introduce this series.

First of all, I’m offering a link to the original document (naturally I want my readers to be able to draw their own conclusions), but I recommend caution in reading it. It isn’t fun. I did alright, despite being a survivor of abuse myself; after reading the hideous Pennsylvania grand jury report in 2018 and Dr Leon Podles’ Sacrilege last year, this was almost tame. But it’s still detailing the career of an abuser who held one of the highest offices in the Catholic Church, and who has seen little in the way of consequences. This is going to be a very content-warning-y series of posts. If your faith or your mental health are not in a great place right now, I’d urge you to postpone reading this series, let alone the original report.

Second, I’m not a trained psychologist or a canon lawyer or anything like that. I’m offering my reflections as a layman, nothing more—I may easily get things wrong or draw flawed conclusions. Hopefully I’m open to just correction.

Lastly, although it’s only been out for a week, the report itself is already seeing some criticism. Dr. Richard Fitzgibbons (see below) has complained that the author of the report omitted or distorted certain contributions that he, Dr. Fitzgibbons, made. It’s entirely possible that this report doesn’t give a fair and complete picture of the situation. I’ve accordingly tried to stick more to actual evidence cited in the report (letters, memoranda, etc.) than to its narrative as such.

Here’s rough outline of the subjects I plan to cover: 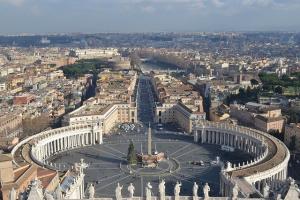 Most of the victims are anonymous in the report, to protect their privacy. I’ve listed several of the most significant public players here. Originally I gave simple biographical details as each person emerged in the narrative, but I decided it’d be better to save space by giving them here in a lump. (People marked † are now deceased. Titles are current for the living, held-at-death for the dead.)

Dr. Richard Fitzgibbons. Psychiatrist, with a specialty in treating seminarians and clergy. (I had a surprising amount of difficulty in tracking down basic facts of his CV. I worked out from what I did find that he was born in or around 1943, and began practicing—at what exact level, I don’t know—in or around 1969.)

May God be merciful to all the victims and to the whole Church, and may the dead who saw no earthly justice rest in peace. I pray I don’t hurt anyone or make anything worse with what I write about this. Here goes.

Further posts in this series: The Victims; The Monster and the Mirror; The Bishops’ Gambit; Pope John Paul II; Pope Benedict XVI; Pope Francis; The Venom of Viganò; Den of Thieves; Quo Vadis

November 17, 2020 The McCarrick Report: The Victims
Recent Comments
0 | Leave a Comment
Browse Our Archives
get the latest from
Mudblood Catholic
Sign up for our newsletter
POPULAR AT PATHEOS Catholic
1

What are people starving for, Fr....
Catholic Bard
Related posts from Mudblood Catholic