Why the Left Isn’t Nice Enough, Part IV: Will the Real Idiot Please Stand Up

Prior installments in this series: When You Cancel the Abyss, the Abyss Also Cancels You; Kmart Utopia; The Perfect Is the Enemy of Everything.

Last time we talked about unhelpful black-and-white thinking in the realm of ideas. Now let’s tackle the same problem with people. Let’s start with a trip down memory lane.

Just over a year ago, Natalie Wynn (a trans woman and professional YouTube degenerate) made a video titled Opulence. She featured a few other people to provide voices for quotes used in the video. One of those people was a trans man, Buck Angel,1 who many people believe has having bigoted attitudes toward nonbinary people.2 (Wynn herself, by contrast, has created a lot of content explaining and defending nonbinary identities.) When the video came out, many people who had a problem with Angel were outraged. A cancellation campaign ensued, including months of harassment against not only Wynn but several of her friends, and even people who casually associated with those friends and had no connection to Wynn. Several people harassed me in the early years of my blog and Twitter, but this was worse than anything I’ve ever witnessed—and I barely even saw any of it.

It’s probably obvious whose side I’m on here. But the point is what provoked and sustained the harassment. It wasn’t just that people disagreed with one of Wynn’s decisions. Wynn, as a person, was declared toxic, deceptive, and a traitor to the community. 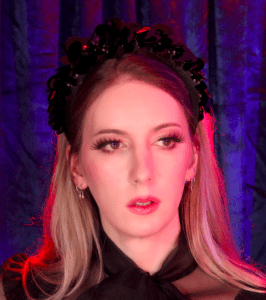 There’s sort of a conventional wisdom in leftist circles that whether you’re a good person on the inside matters less than what you do. Being sweet, reflective, disciplined, and so forth is all great, sure. But if you have those qualities and are lending your talents to the Patriot Front,3 you’re still helping fascism gain power. There’s obviously some truth to this. If you do a fascism, the people you kill stay dead, no matter how noble your intentions were.

But there are problems with this analysis too. For one thing, it cuts both ways: building utopia doesn’t mean you’re not a jerk. And even if we ever achieved a society where everyone is fed, clothed, housed, educated, and uh, healthcared, daily life would still consist mostly of the same mundane interactions it always has. If anything, we’d probably feel like jerks are more of a problem—there’d be less to distract us and less to excuse their behavior.

For another, unjust systems themselves may not require bad people to operate, but they usually need bad people to bring them into being. They don’t just spring up like fungus. And bad people are capable of making them a whole lot worse in practice. A moral analysis that totally excludes personal motives isn’t true to the world we live in.

Aside from both of these concerns, this just isn’t how people—including leftists—actually think or behave. We know, and sometimes rightly insist, that intentions matter. (Intent can make the difference between a crime and an accident, for instance.)

More than that, a lot of leftists are apt to treat all questions, pushback, ignorance, or confusion as complicity with fascism—and that’s simply not true. Sometimes people ask questions because they want the answer, or push back because they want to find out how strong an idea is, or are ignorant because people they trust have lied to them, or are confused because no one’s told them what technical terms mean. The mantra “It’s not my job to educate you” is usually true and often fair. But it can be discouraging and intimidating to hear that, when you don’t even know where to start and are trying to find out. And deliberately, even rudely declining to educate people is … not a great way to promote your ideas. 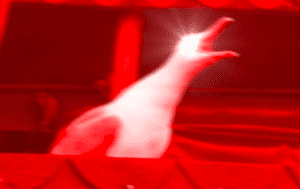 There are reasons for this, of course. Not a few of us have dealt with people who weren’t honest about their intentions. Sometimes that ends pretty nastily. Some of us are dealing with trauma we suffered from right-wing people or in the name of right-wing ideas, especially if we’re members of vulnerable groups. And Maya Angelou was not wrong when she said “When someone shows you who they are, believe them the first time.” Thing is, the first impression you have of somebody is not necessarily them “showing you who they are.” And while traumas matter, they don’t always make us smarter or more fair. Giving people the benefit of the doubt when you can do so safely (and let’s be frank, that’s most of the time for most of us) is a good thing.

No matter who wins the election, we’re probably still going to have a substantial fascist movement in this country. It isn’t likely to go away for decades, even if we fight it persistently and effectively. We need all the allies we can get. And winning allies can mean sacrificing comfort sometimes. It may not mean being sweet and compliant toward cops; but it could certainly mean, say, taking the time to explain what “male privilege” actually means to someone on Twitter. And remember, you’re not just doing that for the person you’re talking to. One of the great (and dangerous) things about social media is even personal conversations can educate hundreds or thousands of viewers.

Continued in Mea Maxima Copout and Being a Dick Is Bad Actually.

1If you don’t know who this is, well, uh, don’t Google him unless you’ve got Safe Search on.

2We don’t have to get into the weeds of trans identities here. I’m not an expert, but here’s a grossly oversimplified, Genderfuck 101 version:
i) Gender dysphoria is a feeling of extreme discomfort with your physical sex/socially apparent gender.
ii) Gender dysphoria and trans identities generally overlap.
iii) Some people don’t have dysphoria but do identify as trans and/or as nonbinary (which can mean identifying with both genders, or neither, or a few other things).
iv) Other trans people argue that you can’t be trans unless you have dysphoria, and that only binary identities—i.e., male and female—are valid. The polite term for this belief is transmedicalism; the crass term is truscum.
v) Though Buck Angel hasn’t clearly said that he’s a transmedicalist, a lot of people are convinced he is.

3Why, no, I am not going to link to their violent xenophobic dumpster fire of a website. If you must read more, you can go here.

November 10, 2020 Five Quick Takes
Recent Comments
0 | Leave a Comment
Browse Our Archives
get the latest from
Mudblood Catholic
Sign up for our newsletter
POPULAR AT PATHEOS Catholic
1