Thorns on the Mountain 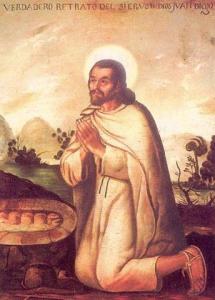 They say that when Our Lady came to Mexico
The bishop mistranslated what she said.
The unimportant saint, brown-faced and simple,
Told him Coatlaxopeuh was there, and His Excellency
Heard, in his native Spanish, Guadalupe,
And did Our Lady’s will half-accidentally
While busy with his own.

I wonder what the Church was like back then.
Conquistadors moved underneath the Cross;
The innocents torn from their mothers’ screams
To live as slaves, were baptized; holy Mass
Was sung in holy Latin, alien
To Spaniard and to Mexican alike—
After all, they were equals before God.
The gospel gilded all the heathen lands
And, from Carmel-by-the-Sea to Concepción,
The lands were guilt, and the gold carried off.
What were the priests like then? Were they more pure,
With half the world at their disposal?
Did the beads of their rosaries strike one another
With a crotalus clap, as they walked down the halls of their palaces?
Were the altar boys and the silent women happier?
Did a wink look different then?

Today, I wonder how Saint Juan Diego felt,
While his shaking hands were gathering winter roses
For the bishop who didn’t believe him.

His Excellency was not immune to holiness;
He could make a little time for it, though he had a church to run.
Nor was he wrong, as men mean wrong. He saw
The Virgin: well, he thought he’d see the Virgin.
So that is that, and he need look no closer
At the mestiza wrapped in the emerald mantle,
Or the rustic man she chose to be her prophet;
Thank him, and praise him, and send him away.

Sometimes, when I am kneeling,
Watching the elevation of the Host,
The thought comes: You might as well leave.
You don’t feel anything. It’s not real.
Or, when I am walking alone down the street,
The hypocrite cant of a sermon returns to my mind,
And the poison pulses in every artery
As the feeling says, Do any of them believe it?
Why should you bother?

December 29, 2020 Why the Left Isn't Nice Enough, Part VI: Being a Dick Is Bad Actually
Recent Comments
0 | Leave a Comment
"Yes, triggering trauma unintentionally is something I have been guilty of, and I am sorry ..."
Ame Wolves In the Fold, Pt. 2: ..."
"Thanks for the recommendation!! I'll see if I can buy it for Lenten reading <3 ..."
Lena Danvers Review: “No Longer Strangers” by Gregory ..."
"It bothers me to see how easily we speak of others as criminals and abusers.The ..."
Quillex Wolves In the Fold, Pt. 1: ..."
"Would you accept “intellectual” as one of the means of spiritual abuse? While, I suppose, ..."
Irksome1 Wolves In the Fold, Pt. 1: ..."
Browse Our Archives
get the latest from
Mudblood Catholic
Sign up for our newsletter
POPULAR AT PATHEOS Catholic
1 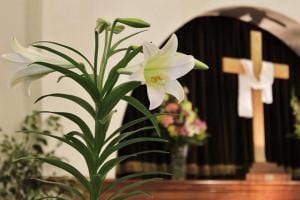