Vile Bodies, Part One: Give or Take

Vile Bodies, Part One: Give or Take September 14, 2021 Gabriel Blanchard

This series discusses sexual violence
and other forms of abuse.
Please read with caution.

Catholicism has a consent problem.

I’m not talking here about the abuse crisis; at least, not in itself. I do think what I’m addressing has contributed to the abuse crisis, but it’s broader than that. Catholics seem to have serious difficulty grasping the fact that rape is not a sexual sin.

To explain what I mean here, let’s return to the basics of Catholic belief about sex. Sex is one part of the marriage covenant,

by which a man and a woman establish between themselves a partnership of the whole of life … ordered toward the good of the spouses and the procreation and education of offspring … Since God created [humanity] man and woman, their mutual love becomes an image of the absolute and unfailing love with which God loves man. It is good, very good, in the Creator’s eyes. And this love which God blesses is intended to be fruitful and to be realized in the common work of watching over creation …

According to the Latin tradition, the spouses as ministers of Christ’s grace mutually confer upon each other the sacrament of Matrimony by expressing their consent before the Church. … The Church holds the exchange of consent between the spouses to be the indispensable element that “makes the marriage.” If consent is lacking there is no marriage.1

This involves being open to life (as the first paragraph alludes to); but having children, or even trying to do so, is not the sine qua non of licit sexual acts. We know this both because the Church recognizes infertile marriages as valid, and because she teaches that, while contraceptive means of doing so are immoral, trying to avoid pregnancy through natural means—i.e., by practicing self-control and “making use of” naturally infertile periods—is not.

The Body As Gift

I haven’t been able to track down a source for this line—the closest I came was something Melinda Selmys wrote in her first book, but I’d understood her to be quoting St. John Paul II there? maybe I was wrong and she came up with it—but someone once said that the body is the gift through which all gifts are given. And the inherent quality of giving a gift is that you do it freely. 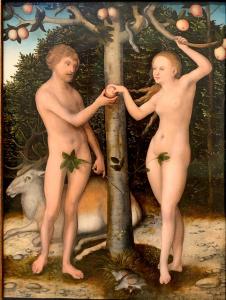 This is why the Church recognizes consent as the inherent first principle of marriage. If you get something by force or work or deceit or accident, then what you have is a bribe or a payment or a theft or a windfall; whatever it is, it isn’t a gift.

And, on the Church’s premises, no gift is more complete than the gift of oneself, which means giving both soul and body. This is not only manifest in marriage; the Eucharist and consecrated celibacy are both also complete gifts of self, the one of God to man and the other of man to God. But marriage involves and indeed requires this kind and degree of gift. A sexual act that doesn’t intend procreation can be moral; one that rejects the principle of self-gift cannot.

The Spiritual Meaning of Violence

This means that rape is, in a very real way, the opposite of sexuality. The fact that it may incidentally be open to life, and thus (in Scholastic terms) less “contrary to nature,” is of no consequence—something the Scholastics themselves saw and articulated clearly.2 There are limits within which non-procreative sex can be permissible; mutual consent, however, can’t be dispensed with on any pretext at all. Sexual violence, like other forms of violence, is a rejection of the victim’s personhood.

It’s doubtless true that some rapists begin with an excessive and selfish sexual appetite, and develop the callousness needed to so viciously hate or despise others later. But motive is not the only thing that matters here, and rape doesn’t always have a sexual motive anyway. Sexual violence has more to do with exerting control over others than with satisfying the violator’s desire for sex. Moreover, crimes like revenge rape have little or nothing to do with the personal appetite of the rapist. Rape uses sex, but it is about control. 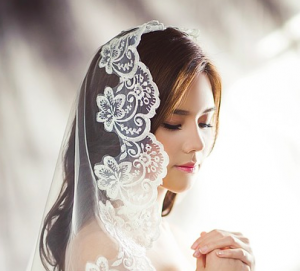 Nor is this impulse to assert power through sex confined to sexual violence. Most Christian modesty discourse is another attempt to control female sexuality; and (to quote Natalie Wynn3), by female sexuality, I do mean male sexuality. Straight Christian men see an attractive woman, get aroused, feel guilty, and then, to assuage the guilt, blame the object of their desire—thus finding a different way to objectify her, one that doesn’t provoke those guilty feelings. One that, to the contrary, makes them her fault, and converts their ashamed anger with themselves into righteous anger at somebody else. The sin here is far less the transient attraction (indeed, it may not have passed into deliberate lust at all), and far more the choice to resent, blame, and control the woman in question or women in general.

This is not at all how our Lord approaches the subject:

In other words, handling your feelings is your job and not other people’s.4 Self-control—which is less about being severe with yourself, and more about taking responsibility for yourself—is one of the basic principles of chastity. Trying to control other selves, besides being arrogant, is a distraction from your duty.

So okay, rape is bad. Pretty sure we knew that already. And okay, maybe modesty discourse is a little less than biblical. What does this have to do with Catholic culture in general? 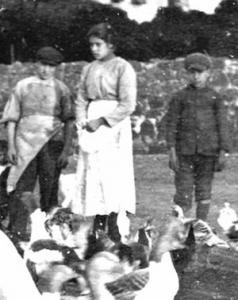 We need to talk about St. Maria Goretti.

4It’s true enough that some people (of both sexes) parade themselves, sexually or otherwise, to get attention. I’m sure this was equally true in the first century; it’s therefore interesting that Jesus literally never brings this up. It may be because, then as now, managing other people’s sins, including immodesty, is neither something we can do nor something we have a right to do. 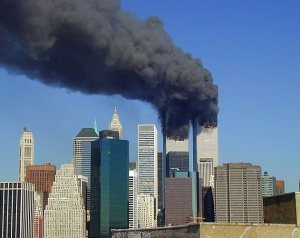 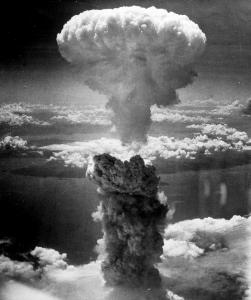