Time for a Little Pontification

It’s been a while since I wrote something here that was just fun. In the name of fun, I’m going to indulge some of my worst trad tendencies for a moment here and tell everybody how I think liturgies ought to be celebrated. This isn’t an exhaustive list—just some of my personal pet causes, peeves, etc.—but y’all listen up.

As regular readers may know, I’m a member of the Ordinariate, and our liturgical calendar is slightly better than that of the Ordinary Form of the Roman Rite. In particular, the insufferably-named season of “Ordinary Time” does not exist; we follow the schema used by the Church of England, which itself draws on medieval English practices. Our seasons are as follows:

The season that would be “Ordinary Time” is thus divided into three segments: Epiphanytide, Shrovetide, and Trinitytide. Our lectionary is the same as the rest of the Roman Rite—our liturgy is a use, not a rite proper. But the propers, colors, and other “thematic” material preserve the Anglican pattern of the year, which corresponds in many respects to the Tridentine calendar. To me this is obviously preferable; I can’t imagine taking interest in a season called “Ordinary Time.” Some liturgists complain that it’s widely misunderstood—it means ordinal time, i.e. time throughout the year, not ordinary in the sense of “normal, humdrum”—but that’s not really better? It still doesn’t bestow any character on it, or recognize any mystery in it. And the fact that Trinitytide drags on so long (more than half the year) still makes the point that boring things can have profound meaning, so I consider “Ordinary Time” an all-around self-own on the part of liturgists. Or at least of the ICEL.

The Ordinariates do have some fun extra feasts and memorials as well, a little like religious orders do: Our Lady of the Atonement, for instance, or the Forty Martyrs of England and Wales just two weeks ago, or the Translation of St. Edward the Confessor. We also have some sort of “unofficial” seasons, like St. Michael’s Lent (between Assumption and Michaelmas) or Doomtide (from All Souls to the end of the year), though I’m not clear how much these are a product of the English spiritual heritage specifically, and how much they’re just “old stuff that Ordinariate Catholics are therefore apt to like.” I certainly like them either way, but will say no more about them here so that I have more time to rant about …

These are a mess, mostly because I’m not in charge. The current setup is as follows.

Obligatory colors (if you don’t have all of these, you technically cannot celebrate Mass according to the rubrics):
– Green, for (sigh) Ordinary Time
– Purple, for Advent and Lent (and an option for All Souls, funerals, and memorials)

– White, for the Christmas and Easter seasons, Maundy Thursday, memorials of non-martyred saints, and most other feasts and solemnities (also an option for funerals)
– Red, for Palm Sunday, Good Friday, Pentecost, and martyrs

Optional colors (if you have these, you can wear them, but they’re not de rigueur):
– Rose, for the Third Sunday of Advent and the Fourth Sunday in Lent (it’s meant to represent a “lightening” of violet, since these Sundays mark the halfway point through the two penitential seasons)
– Black, for All Souls and funerals
– Gold, which may technically be substituted for any other color when a liturgy is specially solemn, but in practice is largely reserved for Christmas and Easter

The general scheme is fine. However, black should be made the default (rather than just an option, though allowing other colors as options is fine) for Good Friday, All Souls, and funerals. Additionally, blue, a common historical color before the modern scheme was introduced at Trent and simplified at Vatican II, should be an option for Advent: both seasons are in some sense penitential, but Advent’s character is very different from that of Lent.

White and black, obviously, don’t admit of much variation; gold technically has some range, but more or less any rendition of gold tends to come out fine in vestments, so for once I will be generous and allow variety and personal choice. However, green, purple, red, rose, and (since I’m reintroducing it) blue all call for comment.

The best shade of green is olive, though one that edges towards the green represented in the flags of India or Ireland are fine, too. Olive green, however, suggests the olive, a product of the Holy Land and an important element in some sacramentals, like chrism. What really mustn’t be allowed, however, are vestments in turquoise or the like that try to pass themselves off as green, which have a grotesquely neon appearance on the altar. 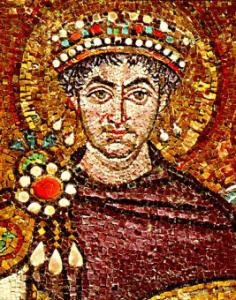 I chose the word purple rather than its near-synonym violet above, because the latter is a little too blue. Purple vestments are meant to call the Passion to mind. Therefore, starting from Tyrian purple but moving to something with a little more red, even inching toward wine-color, is the desideratum (especially since, while Mark and John agree in calling the robe Christ was mockingly arrayed in purple, Matthew actually describes it as scarlet, suggesting that this particular robe was a very reddish purple). Whatever exact chosen, richness and darkness should be the primary notes; on no account should purple vestments be either bright or pale—these are vestments, not pastel exhibitions or Lisa Frank trapper-keepers.

Which shade of red to use is a slight problem. On the one hand, it represents fire for Pentecost and votive Masses of the Holy Ghost; but whenever it is used elsewhere, it represents blood. I am halfway tempted to suggest two sets of red vestments—one in scarlet-vermilion territory (edging slightly towards orange), to match the idea of fire, and the other a darker, more crimson set, corresponding to blood. However, even I am not precious enough to seriously propose the expense of buying two full sets of vestments of the same color for such a small effect. So, since red is conventionally associated with fire anyway, the crimson or blood-red variety is preferable. Again, this shouldn’t be too bright, and above all it mustn’t stray into the territory of pink.

Which leads us to rose. Some priests throw fits, with varying levels of sincerity, about distinguishing rose from pink, often pointing out that rose is more of a salmon color than a pink proper. First of all, this could not possibly matter less; and secondly, no it isn’t. Salmon is almost an orange or coral sort of color, and—mercifully—I have yet to see vestments of that hideous profile (not that the color in itself is bad, just that it is not what one would call solemn in our cultural context). It is nicer to have a tinge of silver or champagne in the pink that we call rose, though a more ordinary pink will do fine as long as it isn’t too bright—and God help you if I catch you making rose vestments in anything approaching hot pink.

Lastly, blue. Many people assume that this color will be used to signify the Mother of God, and accordingly go for a sky blue or some other bright, light color. Both of these associations are incorrect: while blue vestments and associating blue with the Virgin are both quite old, using blue vestments on feasts of the Virgin is, curiously, not, or not in the English tradition.2 Rather, blue was a penitential color, suggesting both royalty and somberness; we are therefore looking for a comparatively dark shade of blue. However, if we select a Navy or midnight blue, it will be too easily confused with black. My preference is for slate blue, a mixture between a medium shade of blue (azure or a little lighter) and grey, perhaps with a very faint suggestion of silver. As always, the pastels and the neons are right out of it.

There’s a lot I have to say about vestments (optional and otherwise), adornments, instruments and vessels, etc. However, I’ve already stormed past 1400 words with hardly any effort, so I guess this is becoming a two-parter!

1The name Shrovetide comes from the obsolete verb to shrive, meaning to give a penitent the sacrament of confession. This is also where we get the archaic terms Shrove Tuesday for Mardi Gras, and short shrift for a dismissal or the like handled with great despatch—”short shrift” originally meant the kind of hurried confession a priest might administer to a criminal as he was on his way to be executed.
“The ‘Gesimas” refers to the three Sundays of this quasi-season, known in Latin as Septuagesima, Sexagesima, and Quinquagesima (the third from, next to, and last Sundays before Ash Wednesday). These words literally mean “seventieth,” “sixtieth,” and “fiftieth,” indicating the approximate number of days until Easter. Incidentally, the English name Lent for this season is rather unusual, coming from the Anglo-Saxon lencten, “spring,” as in the time when days lengthen. A more typical name is the Spanish Cuaresma, coming ultimately from the Latin quadragesima, “fortieth”—from the forty days of Lent.

2The Iberian tradition both Spanish and Portuguese, as well as its postcolonial counterparts in Latin America and the Philippines, does have a tradition of linking blue vestments with the Mother of God. I understand that blue is used for the Solemnity of the Immaculate Conception in these territories, or at least in some dioceses. (I’ve heard that this is inherited from the Mozarabic Rite, but I’m not clear whether that’s accurate.)

June 4, 2022 The Sorrows of the Sacred Heart
Recent Comments
0 | Leave a Comment
"Blue for Advent is not a color in the Roman Rite. The evidence for Sarum ..."
Liam781 Time for a Little Pontification
"Much more in favor of a grass/forest/India green than olive for """ordinary time""". (Not using ..."
Erica Time for a Little Pontification
"Do you not believe that we will ultimately stand before God as individuals? Am I ..."
The Latin Right A New Page in History
"Fascism is a specific form of nationalist, authoritarian politics, one that tends to elevate an ..."
Gabriel I. M. Blanchard A New Page in History
Browse Our Archives
Related posts from Mudblood Catholic 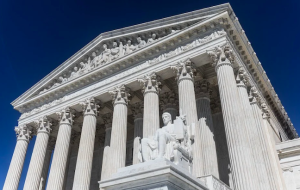