Science and God: An Inseparable Relationship

It is commonly believed that more intelligent, better-educated people are less religious. However, statistics don’t necessarily verify that notion, and great intellects throughout the ages have been people of faith.

Surveys of American adults concerning religion reveal some odd results. While people with college or graduate degrees tend to be less religious in terms of believing in God, praying, and finding religion to be important to them, at the same time, people with higher education attend religious services as often or more so than others.

A Pew survey from 2016 reported that eight prominent religions in America had a higher percentage of college-educated members than did atheists or agnostics (46%-77% versus 43%).

Intellect and Believing in God

So much for the idea that higher education causes a drop-off in religious participation. How about intellect then? An article in the Mensa Bulletin addressed this subject quite well in August of 2021: https://www.us.mensa.org/read/bulletin/features/intelligence-and-unbelief/

Power challenged this logic with a review of the positions of some of the greatest intellects in history. I summarize Power’s review below, starting with Aristotle who wrote in Metaphysics:

“. . . the actuality of thought is life, and God is that actuality; and God’s self-dependent actuality is life most good and eternal. We say therefore that God is a living being, eternal, most good, so that life and duration continuous and eternal belong to God; for this is God.”

Although not a member of any religious group, Aristotle’s writings were “used as the framework” of notable theologians such as Sts. Augustine, Albert the Great and Thomas Aquinas (considered the greatest of medieval philosophers).

Non-theologian René Descartes of “I think, therefore I am” fame, argued for God’s existence using methodological skepticism, which is to accept only what can be rationally proven.

Sir Francis Bacon, father of the scientific method, believed that God purposely concealed knowledge so He could take pleasure in humans figuring out His wonders for themselves, just as parents delight in their children’s discoveries.

Sir Isaac Newton, one of history’s greatest scientists and mathematicians, analyzed God as one would a matter of physics in the Principia: “He endures always and is present everywhere, and by existing always and everywhere he constitutes duration and space.

“Since each and every particle of space is always, and each and every indivisible moment of duration is everywhere, certainly [God] will not be never or nowhere. . .. God is one and the same God always and everywhere. He is omnipresent not only virtually but also substantially; for active power cannot subsist without substance.”

Dissenters say that these men, albeit intellectuals, were people of their times, so they accepted religion as part of their culture. Naturally, they then tried to justify their religious beliefs to fit in and avoid condemnation.

That criticism, however, doesn’t account for scientists like Robert Millikan who won the 1923 Nobel Prize in physics. He argued in Evolution in Science and Religion that the two spheres do not contradict each other.

Max Born, another Nobel Prize winner in physics (1954) for his work in quantum mechanics, described “. . . the dance of atoms, electrons, and nuclei, which in all its fury, is subject to God’s eternal laws.”

The list goes on. Michael Faraday, famous for the unification of electricity and magnetism, said his faith was not based on speculation but on certainty. Quantum mechanics expert Werner Heisenberg dismissed the notion that science and religion cannot be reconciled.

Heisenberg wrote in Scientific Truth and Religious Truth that “scientific truth is unassailable in its own field” but religious thought also points to reality and is not just “an outmoded phase in the consciousness of mankind.”

Tihomir Dimitrov’s book 50 Nobel Laureates Who Believe in God contains my favorite quote from a scientist. It is from astrophysicist Joseph Hooten Taylor, Jr. (1993, physics) who said:

“A scientific discovery is also a religious discovery. There is no conflict between science and religion. Our knowledge of God is made larger with every discovery we make about the world.”

In truth, investigation finds that the majority of Nobel Prize winners, whether in literature or the sciences, believe in God. Thus, science does not exclude God. Rather, science is only possible with God.

February 25, 2022
Men at Mass: A Disturbing Absence
Next Post

March 3, 2022 Suicide Prevention through Faith
Browse Our Archives
Related posts from Musings From the Pew

Catholic
The Problem with Men: Disengagement
Musings From the Pew 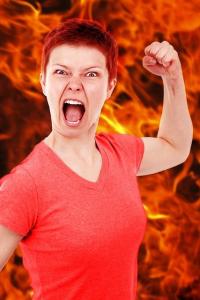