The Problem with Men: Disengagement

Males in our Western culture are going through a phase of serious confusion. Women have made game-changing expansions in their roles, but that has left men, accustomed to thousands of years of dominance, disengaged while they wonder what has happened and what to do.

Men were stunned when they had to share the stage. The result has been, according to Professor Ron Jelinek, men “’opting out’: of education and work, relationships and responsibility, and even life itself through overdoses and suicide.” https://angelusnews.com/faith/men-in-crisis-can-the-church-help-reverse-a-troubling-trend/

In twenty years of teaching at Providence College, Jelinek noticed that adult American males are underperforming. Jelinek says he sees “typical college males ‘paralyzed by insecurity and guilt,’ which leads them to ‘bail out on becoming their best selves.’”

Jelinek was interviewed by Elise Italiano Urenech, who also interviewed Fr. Jack Dickinson. His parish work has shown that men “almost have too many options available to them.” Thus, committing to one thing “will tie them down, and that is seen as a bad thing.”

A Place for Men

Fr. Dickinson also believes that “men are having trouble seeing where they fit in—in the workplace, in their families, and in society as a whole.” This situation leads to substance abuse, addictions and pornography (causing relationship breakdowns for the married).

A reason for this difficulty with fitting in is a lack of community and fraternity, the latter including Catholic or secular fraternal organizations. Urenech reported that mental health professionals “are also witnessing this disengagement firsthand.”

One therapist, Kay Hymowitz, wrote: “Manning Up: How the Rise of Women Has Turned Men into Boys.” She noted that delaying marriage and childrearing has given men an “extended adolescence.”

In addition, Hymowitz pointed out that the rapid advance of women in the economy has made husbands and fathers optional, “and the qualities of character men once needed to play their role—fortitude, stoicism, courage, fidelity—are obsolete.”

Well, in my opinion, such qualities are never obsolete, but the average American and European male doesn’t seem to know how to apply those attributes anymore. In fact, therapists seem to agree males are anxiety-ridden and afraid to express such attributes.

Consequently, one in eight American men between 24 and 54 are not working or looking for work, not engaging socially, not going to church. Without a wife or children, they spend 2,000 hours/year (a 40-hour work week) in front of a screen.

As women have tried to dismantle the patriarchy, men have felt vilified and guilty for being privileged. Rather than drop the bad behaviors and keep going with the good, men have ceased interacting, perhaps thinking the adjustment too great.

One very damaging effect of opting out has been the absence of fathers. The majority of American children are growing up without a father, and the effects are enough to destroy a culture. Men are needed but feel rejected and don’t answer the call.

So, huge numbers of men are lonely (20% of men say they don’t have a close friend), childless, addicted or even homeless. Suicide and homicide rates among men are far higher than those for women.

How do we revitalize men? Get them back in church

Urenech believes that the Catholic Church offers several advantages: “a well-developed understanding of sexual complementarity, personal vocation and redemption, concern for the down and out, and built-in networks of community that men so desperately need.”

Fr. Dickinson thinks priests should preach on fatherhood more and about becoming “a man of wholeness so that you can be a man of holiness.” Part of the “wholeness” is having a support network of peers and mentors to help men find a way to contribute to society in a positive manner.

There are a number of Catholic programs to support men. One lay-led program is “That Man Is You,” which addresses “the pressures and temptations that men face in our modern culture, especially those relating to their roles as husbands and fathers.” https://avemariacatholics.com/this-man-is-you

The Men’s Rosary is an international prayer movement that has spread to at least 25 countries. It emphasizes that “the role of men in God’s plan is to protect all those whom God has given us here on earth, for eternal life.” https://angelusnews.com/faith/trending-the-rosary/

Another resource that teaches faith and brotherhood is Fr. Kapaun’s Men: https://frkapaun.org/kapauns-men/ Of course, there is also my personal favorite, the Knights of Columbus (my father was a Grand Master): https://www.kofc.org/

So, men, turn off the computer and TV. Silence the phone. Get out of the house. Join a Catholic men’s organization, get married (or become a priest/brother), commit to fatherhood, and GO TO CHURCH. 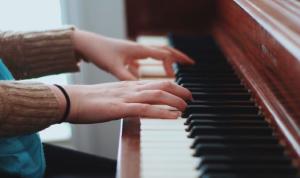