Sometimes, when it’s been awhile since I’ve written  a blog post, my editor will gently poke me to remind me that, hey, I’m a writer!  She’ll inbox me with an innocuous question.  “Did you see that article about such-and-such?”  I, being quick on the uptake, take the subtle hint and check out all the news to see what’s topical and interesting.  Of course, even before she contacted me I knew what was the most interesting, fascinating news that affected me and almost everyone I know….

I am SO glad that the NFL signed a deal and got rid of those replacement refs!  Whoo!  That was such a challenging situation and it was really breaking my brain.  Not to mention my husband was sitting next to me yelling at the TV in Arabic.  I am relieved that the lockout is over and we can get back to enjoying the games where the refs only blow the calls occasionally.

Oh, what?  Yeah, I suppose other stuff has been happening, too.  Muslim stuff.  Let me see…
Well, that idiot who made the film about Prophet Muhammad, pbuh, got arrested.  Parole violation.  No bail.  The wheels of justice turn slowly and not evenly, but they’re turning a bit.  Bad boy for writing bad checks and embezzling money.  Yeah, making that film kinda stinks, too.

There’s some really good news.  I saw a story on CNN today focusing on one of the ten finalists for their “CNN Heroes” series.  Razia Jan is a wonderful lady teaching girls in Afghanistan.  She has taken on a patriarchal society in the midst of war and has helped better the lives of many little girls.  May Allah reward her richly for her efforts.  Go read about her.  Take your time, I’ll wait….

Back already?  You watched the video, too?  Cool.  Be sure to read all of the stories, not just the top ten.  Anytime you think it’s time to pack up the van and head for the hills, read one of those stories and be comforted.  Not quite time to give up on the human race.

Now, of course there’s still plenty of bad news out there.  One particular item my editor pointed out is this series of  subway station ads financed by noted Islamophobe and caramel-covered nutball Pamela Geller.  Now, when I first heard about subway ads vilifying Islam I thought to myself “What in the world would a sandwich shop be doing making an ad campaign like this? I am never going to buy a toasted Philly cheese steak sub from them again even though it is the epitome of fast-food deliciousness!”.  It took some major research on my part to figure out it’s “little s” subway and not “Subway, Eat Fresh!”.  I have since seen links to this story on my Facebook wall, including one about Mona Eltahawy defacing one of the signs and getting arrested.  I’d be more impressed by her defense of Islam if she were not on CNN tearing it apart every other day.  But anyway.

Okay, what do I think of these signs?  I’m sorry, but I can’t just get overwrought about them.  People with money can do many things.  They can buy kegs of beer for an underage kids’ party, they can make porn films, they can purchase forty Rolls Royces, they can sport quarter-million dollar diamond-encrusted manicures.  They can purchase guns and bullets and drones and tanks and missiles that take the lives of innocent children.  They can do many things, and her use of the money she raised from willing bigots is not the worst thing cash has been plunked down for.

Yes, the ads are ugly.  Racist lies usually are.  The fact that some people believe the posters is disheartening, but I actually do not have any illusions that a certain population of my fellow human beings are enlightened people who can understand the complexities of Zionism and apartheid.   It is a simple truth that if your heart is covered, Allah Himself can give you the truth written in gold ink on silk and you would reject it.

I refuse to let Pamela Geller and her ilk have space in my brain.  I know, know deep in my innermost self, that there are people out there who hate me because I’m Muslim.  Real hate, honest, frothing-at-the-mouth hatred that makes their bones ache and their eyeballs pop out of their heads.  Hatred that would make them spit on me, or try to grab the scarf from my head, or yell “terrorist!” out of their car windows as they drive by.  If I gave attention to those people then I’d be a scared quivering mass afraid to go out of my house.  I’m not that kind of a person, so I’m not even going to glorify their little ad campaign by giving it my attention for more than the fifteen minutes or so it takes me to write this blog post.

Pamela Geller is too small for me to notice.  The ads are there, but I marginalize them.  They were financed by a small group with deep pockets and most of the people walking by on their way to work or the game or dinner will not give them a second glance.  Those who are biased will only have their bias confirmed.  Those who know better may snort or shake their heads as they go by.  And here’s the cool thing.  Those ads will be a goad for people to learn about Islam.  It happens every time there is a hate crime or a “Muslim” incident.  People perk their ears.  They look at the ad or read an article or listen to some water-cooler conversation.  They use their critical thinking skills to think “Hmm, that seems awfully incendiary and one-sided, maybe I’ll google around to find some information on Islam” and Islam gains a sensible ally, and in many cases, a brother or a sister as that intellectual path leads them to submit to Allah.

So bring it on, Pam, baby.  Buy ads in the subway, put up billboards, hire a sky-writing plane.  Tell the world how awful Muslims are.  I’ll be here with a can of truth to spray on all your little gnats of falsehood.  And those who wish to see, will see.  Now, if you’ll excuse me, my husband knows a guy who owns a Subway and I’m so relieved that I don’t have to boycott them that I think I’m going to go have a sandwich to celebrate.  And chips.

September 17, 2012
Nascar, You Can Do Better Than This
Next Post

September 29, 2012 The Religion of One-ism
Recent Comments
0 | Leave a Comment
Browse Our Archives
Related posts from Muslimah in Progress 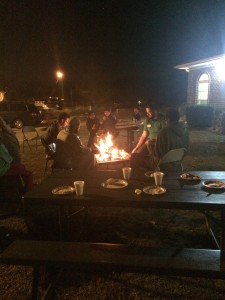 Muslim
From Feeling the Heat, To Basking in the...
Muslimah in Progress
TRENDING AT PATHEOS Muslim