Zen and the Art of Autism Maintenance – Part Two 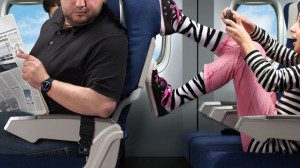 Note: It took a while, but here is part two about our experiences regarding the past winter break, managing Lil D’s autism through the break, and finding some sort of piece with the chaos that is our life. Click here to read part one.

For those of you who are wondering if we did it, because really, how else would we have managed a flight with Lil D all the way to San Antonio, Texas without it – we did. We didn’t hesitate for a second.

Yes, we gave Lil D something to help keep him calm and less anxious (thereby, hopefully reduce the severity of his tantrums – because like I wrote previously, it’s not a matter of whether, it’s a matter of when, and how bad) on the flight. This was no Benadryl situation. We needed prescription meds for Lil D. And so that’s what we did.

These are the choices you face when travelling with a special needs child: How will you manage? What will you do for your child to make sure he is safe? How will you keep him occupied? Will he be watching YouTube videos or playing Fruit Ninjas on the iPad for the duration of the flight? Will he need to wear ear muffs? Will he need prescription anti-anxiety meds to keep him from flying into a rage when he has to sit in a small, confined space and endure the roar of the aircraft for four hours?

Then so be it.

The flight was one thing, but getting on the flight provided our first set of challenges. The lines and rules of airport security are enough to confound and irritate a “normal” person, so imagine the difficulties Lil D was facing – having to wait patiently, follow directions, walk through the metal detector by himself, and more than anything, stay close to us and not wander off. I counted on my 8-year-old daughter for a lot of help. God bless her, she wrangled both Lil D and her little brother (who is 4 years old) on many occasions.

Lil D really did a good job listening to us. Seriously, that boy would probably follow us off a cliff if we asked him to – that’s how much he trusts us, which itself is an insurmountable load of responsibility we proudly and soberly carry. We had a three-hour flight to Dallas, then a quick layover and a short flight to San Antonio.  This proved to be a big mistake.

Lil D held up remarkably on the first leg of the journey. My job was to take care of him while my husband managed the other two munchkins. I was prepared with prayers my mother-in-law told me to say (surah Fatiha, the four Quls, surah Fatiha again, and Aytul Kursi), lunch, snacks and loads of sensory and finger toys to keep his hands busy. As soon as seatbelt signs were turned off mid-flight, we took trips to the bathroom so he could move around. And, I discovered that he did way better in an aisle seat, where he felt less confined.

For me, it was a tense flight – I kept asking my husband how much longer we had (I probably annoyed him more than the kids), but the time passed, and we landed in Dallas. We deplaned, rushed to our next flight (picking up some French fries on the way and making a quick stop at the bathroom), and boarded our next flight.

That’s when all hell broke loose.

I can’t blame my boy.  By this point, he had tolerated a lot, way beyond his breaking point. Now we had hustled him onto another airplane for another flight. He gave me every nonverbal indication that he was pissed and not having it. As soon as we were seated, the hyperventilating began, followed by the punctuated whining sounds. We knew it was coming.

He began wailing and screaming, jumping up and down in his seat and engaging in self-injurious behavior (SiBs): hitting himself hard on the head. At some point he must’ve bit his lip (which was already chapped), causing a bloody mess. There wasn’t much I could do other than try to absorb some of the blows and try to soothe him, which isn’t an effective tactic when it gets that bad.

I give loads of credit to the flight attendants and people sitting around us, to whom we briefly explained the situation. Other than glances our way, they kept to themselves. That God it was a short flight, because the raging tantrum lasted for the duration of it and ended when we deplaned.

Once we were at my brother’s house in San Antonio, the first two days were marked by several bad tantrums from Lil D, which indicated to me he was probably still put off by what he had endured.  But, our family is used to it, and by God we were on vacation. So, while keeping his routine intact as much as we could, we also took in the sights, including a trip to the zoo, a visit to Sea World, shopping at outlets, and eating out three times. Three times!

Truly, we pushed Lil D way more than we usually do, because we were determined to vacation as a family and do some of the activities our other children wanted. At one point, sitting in Outback Steak House with Lil D and our other children, after four hours of trolling the outlet stores, my husband looked at me and said, “We are insane!”

At any minute, the autism beast could rear its ugly head and Lil D could fly into a tantrum, but we pushed through. We lived dangerously, we lived fully, we enjoyed. We lived outside of the control of his disability.

We achieved a sort of Zen in the art of autism maintenance that routinely escapes us in the comfort of our home – not because it was a perfect trip. Far from it. But because it was something we thought to do, we planned for it, we did it, we survived it, and we enjoyed parts of it – as an entire family.

On the return home, we made a decision based upon the wisdom gained from our flight to Texas. We ended the journey in Washington, D.C. instead of connecting to the next flight. Then we rented a car and drove the two hours home. It was worth it, knowing that we had a better chance of Lil D managing the plane ride if he only had to do it once.

Sure enough, after taking his medicine and being kept busy with snacks, finger toys and other manipulatives as well as constant attention from either me or his father, Lil D managed the flight without any major behaviors. He made very loud “stimmy” noises – but they were happy noises. The ladies sitting behind us asked if I could keep his noise down, but after I explained the situation, they were very nice about it. The gentleman in front of us switched his seat, and I appreciated that he did what he needed to do to have a pleasant flight without singling us out.

In the days at home during the latter half of the winter break, things went downhill fast, as we entered into a period of severe behaviors, tantrums, crying spells and SiBs. But that itself is hardly unusual. Whenever we have a break longer than a week, you can be sure that the second half won’t go too well – as that is too much time for Lil D to be removed from the comfort of his school/home/therapy routine.

I wonder if we’ll do it again – a trip like that, travelling on a plane, doing so many things that I know tip Lil D over the edge. Just yesterday, after a difficult day, my husband told me that I need to get used to a future where, unless something majorly changes in Lil D’s autism management, we’ll be doing less and less things as an entire family (whether going shopping, going to a friend’s house for dinner, or on a trip somewhere). I know he’s a wonderful father, that he has as much love and support for Lil D as I do – heck he fully was on board with me when we did the Texas trip.

But I am Lil D’s mother.

Bismillah-hir-rahman-nir-rahim. I refuse to give in, at least entirely. That is how I feel today. Ask me how I feel tomorrow.

January 4, 2012
Zen and the Art of Autism Maintenance - Part One
Next Post