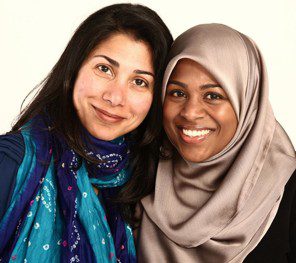 It’s about love, yes, but it’s about all the ways love happens, begins, ends, endures, frustrates, eludes and abounds. It’s about the love stories of American Muslim women, who lay their claim to love in ways previously not openly discussed in the American Muslim community. Love InshAllah, a new anthology of 25 love stories edited by Ayesha Mattu and Nura Maznavi, is creating quite a buzz in Muslim and non-Muslim circles for its embracement of all types of love stories, including those not typically shared by American Muslim women (involving premarital sex, lesbian relationships or love the second time around)

The book doesn’t claim at all to be Islamic, but rather a “reflection of reality.” Nevertheless, there are those who disapprove of the anthology for revealing things prohibited by Islam, as well as many who are thrilled that such topics are being openly discussed and shared. I spoke with co-editor, Nura Maznavi, about why it was so important to her and Mattu to share these stories, what she felt is missing from the book, and how at the end of the day, one’s Muslim-ness is between them and God.

How did Love InshAllah come about? Why is it so important to share Muslim women’s love stories?

Nura Maznavi: About five years ago Ayesha [Mattu] and I were in a halaqa (Muslim study circle) together, and after our halaqas we would discuss spirituality matters and other topics. I had just seen a bad romantic comedy – “50 First Dates.” I had so many friends who could relate to it, but how would Muslim women relate? What would the Muslim twist be on a romantic story? We knew there are infinite ways [Muslims] are meeting. We thought — those stories need to be heard.

To talk about love, it’s all about storytelling, it’s about having people resonate with your life, and that’s how we form these very basic connections. Love is something everybody can relate to. The search for love, the universal appeal of that emotion – it happens to us all.

The stories in this anthology are very intimate. How did you get your writers to open up?

NM: [We have] 20 contributors using their names and five writing under pen names, out of privacy to respect current or former partners. We spent a lot of time building trust with our writers, and [one important way] was that Ayesha and I contributed as well. So, we were not asking [the writers] to do anything we wouldn’t do ourselves.

Ayesha and I understand the context of the Muslim community; our writers knew their words wouldn’t be exploited. We were partners with them through the editing process and really pushed them to flesh things out and explain their context and background.

For example, one writer wrote: “I came from a traditional Muslim family.” Well, what does that mean to you? What is your definition of a traditional Muslim family? In one story, author Suzanne Shah talks about how her relationship with her husband was painful – she was disowned by her family because he was African American. In the early version of her story, she was talking about everything but her husband. It was a journey to bring her story out. A lot of writers were talking about topics that were still raw [for them]. 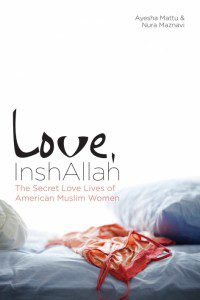 Some of the stories push the envelope for the Muslim community – sex before marriage, lesbian relationships. Did you experience any pushback from the community?

NM: We expected pushback, but it’s been overwhelming positive. The one sort of pushback we got was people telling us that that this is not an Islamic book. Well, you’re right. The authors are writing about are things that people would say are prohibited in Islam. But this is a reflection on reality; this is not a theological treatise, this is not a dating manual.

[This book aims] to start a dialogue in the community. [Many Muslims] grapple with these issues — racism, homophobia, sexuality – and many are dealing with this in isolation.

What has been the larger reaction – surprise that these stories actually are happening in the Muslim community, or relief that it’s finally being talked about?

NM: A lot of women have said it’s a breath of fresh air to talk about these issues openly. People have also said, “Wow, we never knew this was going on.” Many commented that they saw Muslims in one particular way — the way “I was raised.” For so many of us, it’s about my community, my masjid. So, many readers are surprised as the range of stories and also the range of women self-identifying as Muslim.

There are so many who believe in certain [touchstones] for being Muslim: Going to the mosque, going to Sunday school – and if you don’t do that, you aren’t Muslim.

What were your favorite stories in the book?

NM: One was Suzanne [Shah], the Bangladeshi American being love with an African American Muslim man, being disowned by her family for marrying him. She has such tragedies in her life, and she endures them with such grace. She talks about the issues she’s going through with the people around her, and how she turns to God for strength. There’s a theme of du’a in her story that really moved me.

Other one is about Tolu, the orthodox Muslim women who writes about falling in love with her friend from the mosque. We don’t often peek into the world of very orthodox practicing Muslims who are trying to wrestle with their sexuality. She challenges that – that idea that you can’t be Muslim if you’re gay. There are these two fundamental parts of her identity, and it’s very painful for her that they are at odds. It’s incredible how she captures that.

What stories do you feel are missing from this anthology?

NM: What we really wanted to do with this book was to reflect the diversity of the American Muslim community —  age, culture, geographic diversity, secular, religious perspective and everything in between. We didn’t have any story that we received to which we said no, because we can’t have what this women is writing about. Our first consideration was literary quality.

But what is missing is a story where a Muslim woman makes a decision to marry a non-Muslim man. We had the submissions about that, but in the end of they pulled out for one reason or another. Another thing we wish we had was a story from a Latino women, because Latinos are the group with the fastest rate of conversion to Islam.

Is this a book that’s meant to be shared between mothers and daughters? Or does it reveal too much?

NM: Ayesha has a 10-year-old niece who wanted to see the book. But, this is absolutely not a book for children. But what we do hope, and Ayesha has talked to her sister about this, is that this book shows how important it is for us to talk openly with our children about everything. [We shouldn’t have] relationships where our children feel they can’t talk with us about whatever they are thinking, feeling or going through.

Women have shared this book with their mothers, their grandmothers, their [older[ daughters and their sisters. Women tell us, “We’re going to use this as a conversation starter, as a way of connecting with [our daughters, sisters or mothers]. You have to connect with your children so that [if they come to you with something they are struggling with] you won’t react from a place of fear or discomfort.

In your story, you spoke of a kiss that didn’t happen, of keeping yourself pure for a future husband who hadn’t come to you yet. Has love, inshAllah, come for you?

NM: I am getting married very soon, and am very happy. We met through Match.com, and it has been great. That story will, inshaAllah, come in our next book. 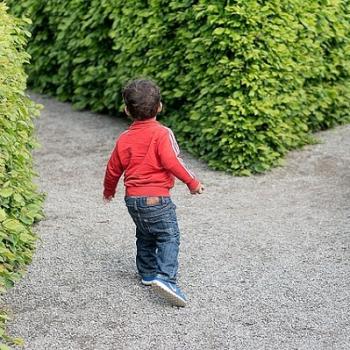 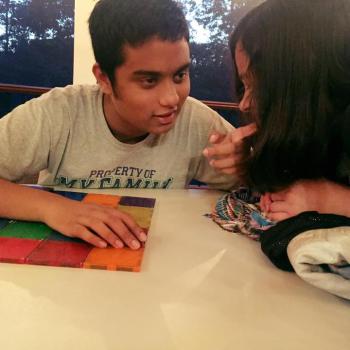 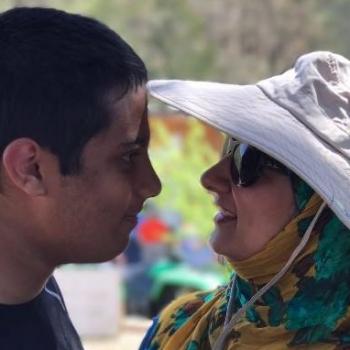