On ISIS, Gaza and More – Holding On to Our Humanity as Muslims, as Humans

On ISIS, Gaza and More – Holding On to Our Humanity as Muslims, as Humans July 22, 2014 Dilshad Ali

It’s tempting to be an ostrich right now and bury one’s head in the sand to avoid the atrocities, horrors, difficulties and inhumanity we are witnessing around the world. From Syria to Gaza to Iraq to the Central African Republic to the Ukraine to Pakistan to Burma to violence in our own communities – I am left wondering why humans are doing such things to each other. Why? WHY? And Dear God, please shower your Mercy upon all who are suffering, who are persecuted, who are attacked, abused, killed, kicked out of their homes or have their homes destroyed.

My colleague at Patheos, Catholic Channel Managing Editor Elizabeth Scalia posted an article yesterday about how the Syriac Catholic Patriarch Ignace Joseph III Younan met with the Vatican Secretary for Relations with States Archbishop Dominque Mamberti to plead for Iraqi Christians, saying that Islamic State in Iraq (ISIS) have threatened to kill Christians unless they convert to Islam – “It’s terrible,” he said. “This is shameful for the international community.”

In posting the article, Elizabeth (much to my gratitude), added this comment: “Worth noting that the Muslim population, which has lived side-by-side with Iraqi Christians and in peace, ought not be equated with the ISIS Jihadi.” She went on to write this post detailing five things Christians can do wherever they are to combat as ISIS threatens Christians and Shi’ite Muslims.

A lot of the things she advises are things we in the Muslim community are advising each other to do – because we want to do something in reaction to the horrors we are witnessing – from calling local and national leaders to make our opinions known, to pressuring the media to provide more fair coverage, to donating to worthy causes who are on the ground helping in  Gaza, Iraq, Burma and elsewhere, to keep up our prayers.

That ISIS even refers to itself as the “Islamic State” in Iraq is loathsome to millions of Muslims around the world who know what they are doing is unIslamic and against the teachings of our beloved Prophet Muhammad. To force Christians to flee, to destroy churches – this isn’t the Islam that was taught to us and carried in so many of our hearts for hundreds of years. Patheos Muslim Channel blogger Nancy Shehata says it better than me (in a comment on Facebook):

“If the Khalifah were true, the Jews and Christians would be honored to live among us because they would be assured of humane treatment and the rights as dhimmi citizens. As it is, they are being terrorized and abused. This has nothing to do with Islam.”

Dhimmi citizens? What does that mean? I turned to Qasim Rashid, who blogged for Altmuslim’s Ramadan “30 Days, 30 Writers” project and is the author of “Extremist” for an explanation. In a recent blog post, Rashid pulled from his book and explained dhimmi citizen as thus:

“Dhimmi is a historical term referring to non-Muslim subjects of a Muslim state.[1] The word literally means “one whose responsibility is taken” or “people with whom a covenant or compact has been made.”[2] Dhimmi describes citizens of a Muslim state afforded security over their persons, property, and religious practice in return for a tax (the jizya). Historically, when empires won battles and wars, common people were subjugated, looted, and forced to work as laborers and serve in the military. Islam did away with such practices by affording all non-Muslim subjects the special dhimmi status.”

Even before the conquest of Mecca, the Charter of Medina set the precedent for the treatment of mua’ahids (dhimmis are those non-Muslim subjects who become subjects after a war. If there is no war and there is a negotiated settlement, then they are called mua’ahids). When Prophet Muhammadsa was popularly appointed Medina’s ruler, he entered into a pact with the Jewish communities of Medina. Through this pact, he granted equal political rights to non-Muslims. They were ensured complete freedom of religion and practice.

“In the name of Allah, the most Gracious, most Beneficent. This is a covenant of peace granted by the slave of Allah, the commander of the faithful ‘Umar to the people of Jerusalem. They are granted protection for their lives, their property, their churches, and their Crosses, in whatever condition they are. All of them are granted the same protection. No one will dwell in their churches, nor will they be destroyed and nothing will be reduced of their belongings. Nothing shall be taken from their Crosses or their property. There will be no compulsion on them regarding their religion, nor will any one of them be troubled.”

This is the Islam that was brought to the people more than 1400 years ago – where is that Islam now in what ISIS is doing? Nowhere.

Ya Allah, forgive those among us who are hurting so many, who are twisting the words of faith and engaging in inhumanity. Give us the strength to push for justice, for good, for love and light, for peace and harmony.

There are two great campaigns going on right now in the last ten days of Ramadan showing us how we can help. What we can do from right where we are. One is “Do Something,” spearheaded by Imam Abdullah Antepli and Omid Safi, and the other is “10-10-100”. Read both and get involved.

We shall not be paralyzed. Now is the time to raise our voices, to donate our dollars, to make those calls to our elected officials, to fast and pray sincerely and with full faith that He will hear us. He will help those who need His help desperately. He will show us the way to help ourselves. 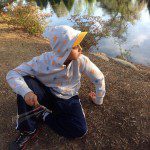 July 16, 2014
Ramadan, Autism and the Trials of Our Hearts
Next Post

July 25, 2014 How are We Handling the Charge Laid on Us?
Recent Comments
0 | Leave a Comment
Browse Our Archives
get the latest from
Muslim
Sign up for our newsletter
POPULAR AT PATHEOS Muslim
1