Editorial note: The decision by the Trump administration to rescind DACA, Deferred Action for Childhood Arrivals program, has struck at the heart of multiple communities in the United States. DACA provided undocumented immigrant youth, who had been brought to this country by their parents, with opportunities to study and participate in the workforce legally. It was instituted under the Obama administration and was operational for five years. Now, with President Trump having rescinded the executive order and asking Congress to act, the livelihood of nearly one million DREAMers are in jeopardy.

In this post written by Professor Najeeba Syeed, she writes about how the story of immigrants, protection of the undocumented, of children and asylum seekers, is a narrative echoed by the earliest Muslim communities and by the Quran. Though this post was originally directed at the plight of migrants and children, it’s passionate discourse applies to DREAMers too. The fight for migrants, immigrants and DACA recipients is one that is inherently American and inherently Muslim.

As a Muslim, South Asian immigrant to the United States, the story of unaccompanied minors coming into the United States seeking the basic human right of safety is one that resonates deeply. The story of the earliest Muslim community was one of engaging in fleeing from violence and persecution, pain and shunning.

Here are a few thoughts on the importance of protecting migrants and children gathered from the narratives of the earliest Muslim community and the holy text of the Quran.

Prophet Muhammad as a Migrant and the Role of Ansar (Helpers)

Prophet Muhammad (upon him be peace) was born in the city of Makkah and as a young man became an integral part of the community, tribal structure and economic system. As he heard his call to Islam and began his prophetic journey, he attracted in the beginning the persons most on the fringes of society.

Proclamation of a Muslim faith became a dangerous public announcement and his life and the lives of his followers were under constant threat. Early Muslim history is replete with examples of Muslims seeking asylum in other places. As many know, there is the interfaith story of a delegation of Muslims who fled to what is modern day Ethiopia and were received by the African Christian kingdom with a warm reception.

Prophet Muhammad himself migrated to the city of Madinah, which offered him refuge. He was particularly drawn to the migrants, or muhajireen, who shared his status of fleeing from other cities to join the community of Madinah. He pressed upon the Madinans and muhajireen to join together to be as brothers and sisters to one another.

The title given to those who were receiving migrants is a poignant one: Ansar (the helpers). They approached the role of radical hospitality and granting of safety, goods, their homes and their hearts as an honor and exercise of deep faith.

So too, are we now here in a state of being Ansar, helpers to those fleeing persecution. With resources innumerably greater than the migrants coming into our midst, shall we not ask ourselves: What is our greatest duty as believers but to be loving caretakers and open our community and share the abundance (rizk) bestowed upon us by the Ultimate of Bestowers, God.

Special Status of Children and the Traveler

“Righteousness is not that you turn your faces toward the east or the west, but [true] righteousness is [in] one who believes in God, the Last Day, the angels, the Book, and the prophets and gives wealth, in spite of love for it, to relatives, orphans, the needy, the traveler, those who ask [for help].” Quran 2:177

Here again, virtuous action is not tied only to the act of worship; it is expanded to the acts of giving away one’s resources to the most vulnerable. Unaccompanied minors fulfill two of the categories articulated by this verse and oft repeated in the Quran. They come as travelers; the Quran repeatedly mentions the special category of those who are in the process of moving, migrating, seeking refuge away from a condition that threatens their lives.

These minors also come to our land without parents, and so they join our society as orphans without the economic grounding of a family to hold their hands in the vast Earth. By coupling the stresses of travel and childhood, they are speaking to the most difficult state for a human to be solitary in and without resources, love and a warm embrace.

A Call to Compassionate Action

From the lessons learned in early Muslim history, and the admonition of Quranic righteousness that is a fully embodied one, relational and communal one, we as Muslims must not be passive observers in this humanitarian crisis but active and engaged participants in stemming a trauma that will have catastrophic generational effects.

We have indeed, the honor to be contemporary Ansar — helpers for those who without doubt need such sustenance most urgently.

Written by Najeeba Syeed, July 2014 when working on an interfaith campaign on the issue of the rise of unaccompanied minors at the US-Mexico border and posted/shared again now as a response to the ending of #DACA, #defendDACA. 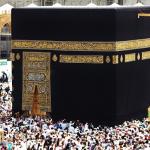 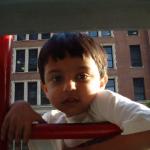 September 19, 2017 This is Where We Used to Live
Recent Comments
0 | Leave a Comment
Browse Our Archives
get the latest from
Muslim
Sign up for our newsletter
POPULAR AT PATHEOS Muslim
1 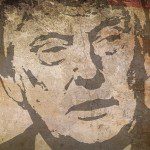 Muslim
3 Muslim Reactions Sum Up Feelings Ahead of...
Muslimah Next Door
TRENDING AT PATHEOS Muslim