When you’re a poor kid from a poor family, and when a priest pays attention to you, it’s a big deal. How do you say no to God? – “Spotlight”

Ever since I saw the trailer months and months ago to when it finally opened, Spotlight was a movie I had to see for two reasons: It focused on the tremendous investigative journalism work done by the Boston Globe’s Spotlight team – a throwback to the kind of journalism I learned about in J-school years ago and what I always have considered to be the stamp of “real” journalism – and it delved into the true life story of the decades-long sexual abuse scandal that tore apart the Catholic Church community in Boston, spreading out from there across the world.

I finally saw the Oscar-nominated film this weekend, and it did not disappoint.

Last year, when the story broke of accusations of sexual abuse at the Institute of Islamic Education (IIE) in Elgin, Illinois, those of us digging into the story — getting in-depth knowledge of victims and their families, much of which we were not at liberty to share with the public – couldn’t help but draw parallels to what happened in the Catholic Church in Boston and around the world years before.

And then often protect each other, justify their heinous acts and expect it to be swept under the table in lieu of all other “good work” performed by them and their ilk?

How do we move the needle from victim-blaming and silence to the notion that one case of abuse is one case too many?

Watching Spotlight brought all these questions roaring back to the surface of my consciousness, with lines of dialogue mirroring conversations I have had or heard about second-hand regarding the alleged sexual abuse and assault a number of survivors experienced at the hands of Abdullah Saleem, a Chicago-based scholar, imam and head of the IIE. There are criminal charges and a civil lawsuit pending against Saleem and IIE.

I reflect on what it means for us to bear witness as a community. What does it look like for us to hold perpetrators accountable alongside an on-going criminal process? With the reality that so many sexual crimes go unreported, what does it look like to have a community response plan that is a holistic, victim-centered approach to justice, support and accountability?

How do we shift the conversation from one centered in fiqh (jurisprudence) and move it towards enacting the values of mercy and compassion towards those who have been harmed? How do we collectively work toward a mentality that the existence of even one victim is too much?

It’s heartbreaking, telling (fill in your adjective) to watch a movie like Spotlight and reflect on the ongoing case in Chicago and see the same patterns repeating itself – across time and space, across faiths. In the film, there are various scenes with lawyers, Catholic leaders and others who worked behind closed doors to move abusive priests around from parish to parish, paid hush money to victims to stay quiet, or who argued with the Spotlight journalists that one should not overlook all the good that the Catholic Church has done for the community in spite of a few sexual transgressions.

Ustadha Zaynab Ansari wrote this essay for Altmuslim about tawba, or repentance, and if that absolves abusers of legal redress (another issue brought up in the movie):

We expect that those who commit wrong will sincerely repent, but we also reserve the right to advise them about their conduct. Returning to the responsibility of the abuser, he or she, after making tawba, is also required to enjoin the right and forbid the wrong per the Prophet’s directive. The abuser must take direct action to stop the abuse, acknowledge the nature of his or her actions and despise those actions on a spiritual and intellectual level.

Once this multilateral approach to wrongdoing is initiated, the healing process can begin. However, there must be recognition that the victims have the right to decide when – and if – they will forgive. In the case of the plaintiffs in the Saleem case, the majority of them have carried the scars of abuse for decades. It is not appropriate for the community (or the alleged abuser and his supporters) to demand that the victims simply forgive and forget. The victims must be given the space to determine what constitutes proper justice in their case.

Over the past year, I’ve had numerous conversations with the team from HEART working to support survivors along with IIE sexual abuse survivors and their families as part of background work on this story. Things I’m not privy to share because of journalistic confidentiality.

But I can share this from a conversation I had with the mother of one of the victims, who is not part of the suit:

What survivors need more than anything is to be supported, whether they choose to pursue a criminal investigation or to rebuild their world on their own terms. You can help by never defining a survivor by what has been taken from them and giving the control back in their hands. You can help by saying I believe you. They are exposing their deepest secrets only in the hope of getting justice and to save others from suffering a similar fate.

Check out this video about the Boston Globe’s Spotlight team, and the amazing work they’ve done as the longest-running investigative journalism team in the country. May we all have the courage to tell the stories right, to stand up for survivors.

January 12, 2016
Religion, and Islam, Up Front and Center in Pres. Obama's Last State of the Union Address
Next Post 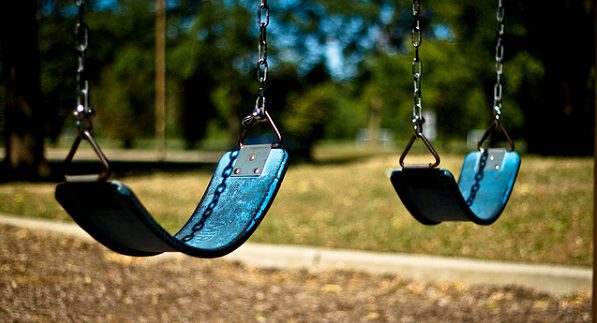 Muslim
Standing Up for Victims: the Institute for Islamic...
Muslimah Next Door

Muslim
Where Our Concern Should Be Right Now -...
Muslimah Next Door
TRENDING AT PATHEOS Muslim