D is up for his triennial review. I believe that [his school] sent his consent for testing form home with him yesterday. I will also be going to complete my observation report. Would you be able to meet in the morning on [date redacted] at [location redacted]?  If so, what time is best for you? – email from D’s school case manager last week.

It kind of stopped me in my tracks. Earlier in the school year, as I made my check list for all the things I’d have to start preparing for with D turning 17 and thereby being one year away from 18 (the age of majority), I briefly thought about it. When’s his next triennial? Then I promptly forgot.

Until I started getting emails this week regarding D’s upcoming triennial. Let’s pause for a minute, because I’m sure many of you don’t know what I’m talking about: If your child has a disability and qualifies for special education and targeted supports, he must submit to the system of triennials, which are a series of evaluations done by the school system every three years to see if your child still qualifies for special education, speech and occupational therapy and a whole host of other supports and things.

While a child with an Individualized Education Plan (IEP) will under have his IEP annually reviewed and rewritten (by a team that includes his parent(s), teachers, support staff, case manager and others), the triennial addresses whether the child still qualifies for special education. The parent is not part of the review process.

This may be D’s last triennial, because after three more years, he’ll be about 20 years old and two years away from aging out of the school system.

Hold on, I have to walk away for a moment. This is a hard one to swallow – aging out of the school system.

In the beginning, triennials were hard for two reasons:

Of course she was unable to test D. This was a nonverbal child, who at that time wasn’t even using an iPad for communication. He simply couldn’t “answer” or indicate answers to her questions. Because she couldn’t get any answer out of him, he was deemed untestable, and therefore she wouldn’t use the language I needed her to use. Frustrating is the mildest of words I could use to describe what I was feeling during that year. (I ended up seeking a private psyche evaluation for D, where the psychologist used the term “global delay” in her write-up.

Now, triennials don’t bother me that much. We are too far into this autism journey for me to worry about what they will or will not say about D. My approach has changed. I know my son. I know his worth and contributions to society, no matter what deficits and delays are mapped out in the evaluations.

But I am a mother. I am not made of stone. The heart hurts to hear the words.

I asked his case manager and lead teacher at school what evaluations will be done, what have been done already. In addition to the usual list, his teacher informed me that they are doing the “Essential for Living” evaluation.

I emailed her, asking what that means. She wrote this back:

The Essential for Living is a transition assessment and skills tracking tool for students with moderate to severe disabilities. It assesses skills relating communication, ADL’s, vocational skills, problem behaviors, academic skills, and other functional skills related to independent living. It was created by a behavior analyst, and it ranks skills in order of most essential for independent living to “good to have” and “nice to have” skills.

What does that even mean? “Good to have” and “nice to have” skills? I guess we’re talking about what skills he really needs to have to have a shot at some semblance of independent living beyond school. Anything beyond that is “nice.”

All I have been able to think about the past year and will continue to thing about the next several years is what happens next for D. What does he need to learn in these next crucial five years to best prepare him for a world and life beyond his school routine? What will his life in his twenties look like? How will his day be organized? Who will be his support staff? Where will he live? How will we all continue to fit the pieces of our family puzzle together?

In moments of utter panic and despair, when the unknown of everything pushes me to the edge of a wild rope that I cannot control, I try to convey to my husband why I am so worried and so consumed by this.

He assures me – it’s going to be fine. We will be here for him. We are putting things in place for him (It’s true, we are.). But here’s the thing – things aren’t “fine” magically. It’s a constant, never-ending job of being a human resources manager, psychologist, care giver, teacher, therapist, medical researcher and a host of other jobs encompassed under the umbrella of “Mamma.”

I don’t think he even gets that at times. Or maybe he does, but not as deeply as me. I don’t know.

Let me be clear – I’m no superstar or hero for this. So many of us are doing this. These are our kids, from infancy to adulthood and beyond. What else would we do?

D will be 17 in less than two weeks. Seventeen. The next year will be full of activity to prepare him and our whole family for what happens after that magical age of 18. The legalities of things change drastically after that, and we need to be ready for it.

By the time this is done, D will have had six triennials done over the course of his school career. And I have been his lead and main advocate for each and every one of them. Like I always say, those who know, know.

To say I can’t believe we’re at this point is one of the most under-est of understatements I can make. For reasons so vastly complicated, bittersweet, scary and host of other things that cannot be expressed here. It’s not the triennial that chokes me in my throat. It’s not that this fall I’ll be helping shape his 15th IEP. It’s that I blinked, and here we are – five triennials under our belt and the last one in front of us.

Many friends, including my sisters-in-law, with kids around the same age range as mine are full-on in SAT/college prep and application/driver’s education mode. Their parents are talking about going to the DMV and getting learner’s permits. Going to graduation parties, talking scholarships, cars, future careers and the whole host of things that come as our kids reach the cusp of high school graduation.

Except when I’m are not. 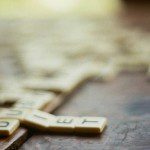 July 31, 2017 Ever Vigilant, Ever Questioning, Ever Guessing
Recent Comments
0 | Leave a Comment
Browse Our Archives
get the latest from
Muslim
Sign up for our newsletter
POPULAR AT PATHEOS Muslim
1