As I sit here eating my lunch of leftovers from our Eid dinner, I’m reminiscing about yesterday’s Eid celebration, and the days leading up to it.

During Ramadan the last several years, we’ve hosted a community Iftar at the Masjid, the years prior to that, we contributed to the fund for those dinners. This year we invited close friends to our home, and sent meals to homes we knew needed a little help.

This Ramadan was as different from all the previous, because we stopped trying to fit into the perceived, established mold. Our first Iftar of the month was leftover food from the night before. We had breakfast foods many nights, and only once or twice did we go out of our way to make a big, complicated dish. The favorite meal that made a reoccurring appearance was turkey, cheese and artichoke Panini sandwiches. We ate simple food. Halfway through the month, we ran out of dates, and no one wanted me to buy more.

This year we didn’t go to Taraweh prayers.  We opted instead for family snuggling, chatting, playing together or watching a movie. We chose to bond as a family instead of rushing across town and participating in the prayers so the community would know we were there.  On Friday I ran into a woman after Jummah who asked me if we’d been away all summer, because she didn’t see us at Taraweh prayers.  I said “No, we’ve been here Every Friday, All Summer Long. I don’t know how we’ve not seen each other.”   (Judgy Much? Yes, I’m snarking here because I don’t begrudge her not attending Jummah, but don’t cast aspersions about me because you don’t.)

Yesterday, for the first time in quite a few years, Khaled was able to go to Eid prayers with us. We chose to go to a new location this year, and I’m so glad we did. The venue was outside, there were tarps covering the ground, and the women prayed to the right of the men. The women filled the space from the back to the front where the men filled in from the front to the back, so the two groups presented as men in the front, and the women in the back. I would have rather them sit side by side, but I understand that sometimes, the customs so ingrained in the culture are difficult to change. The girls prayed while I sat at a picnic table near them, watching.

After the prayer was over, the Khutba delivered and then translated into English, we mingled and found some friends we never expected to see. It was nice to be able to freely speak and hang out with Khaled and Me. Fox as well as friends, their children and their husbands. It was low pressure, easygoing and nice. The atmosphere was festive and celebratory, and when it was time to leave, we wished the stragglers just arriving, “Eid Mubarak!”

Then, we made our way to Greenfield Village located on the grounds of The Henry Ford Museum. 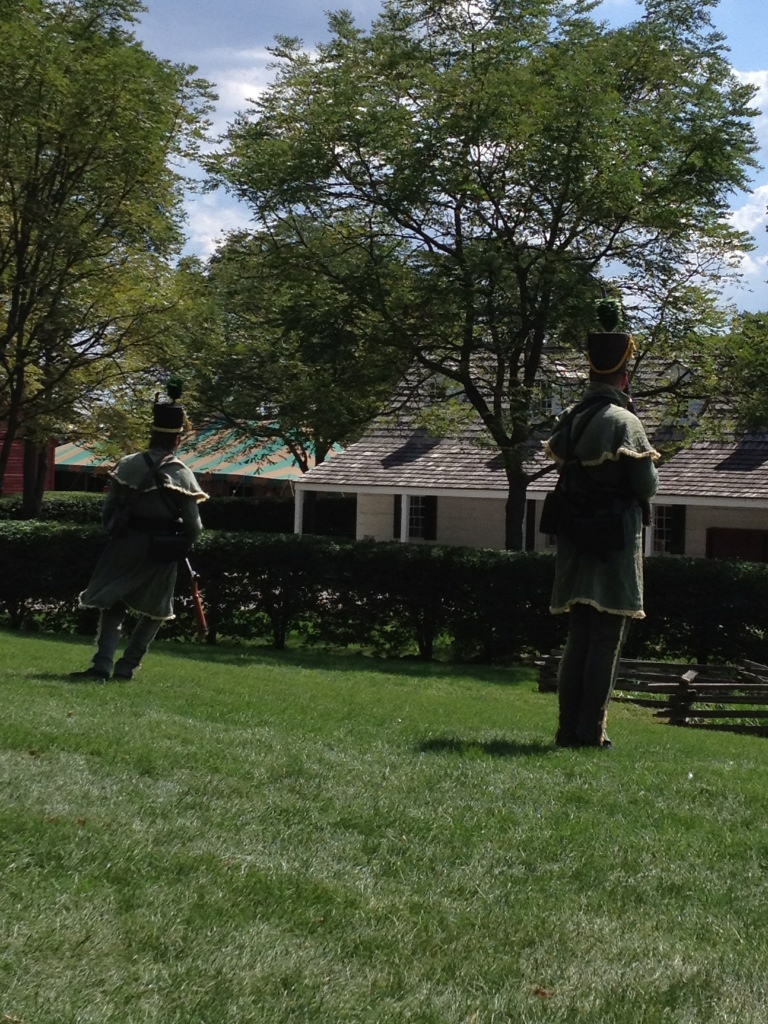 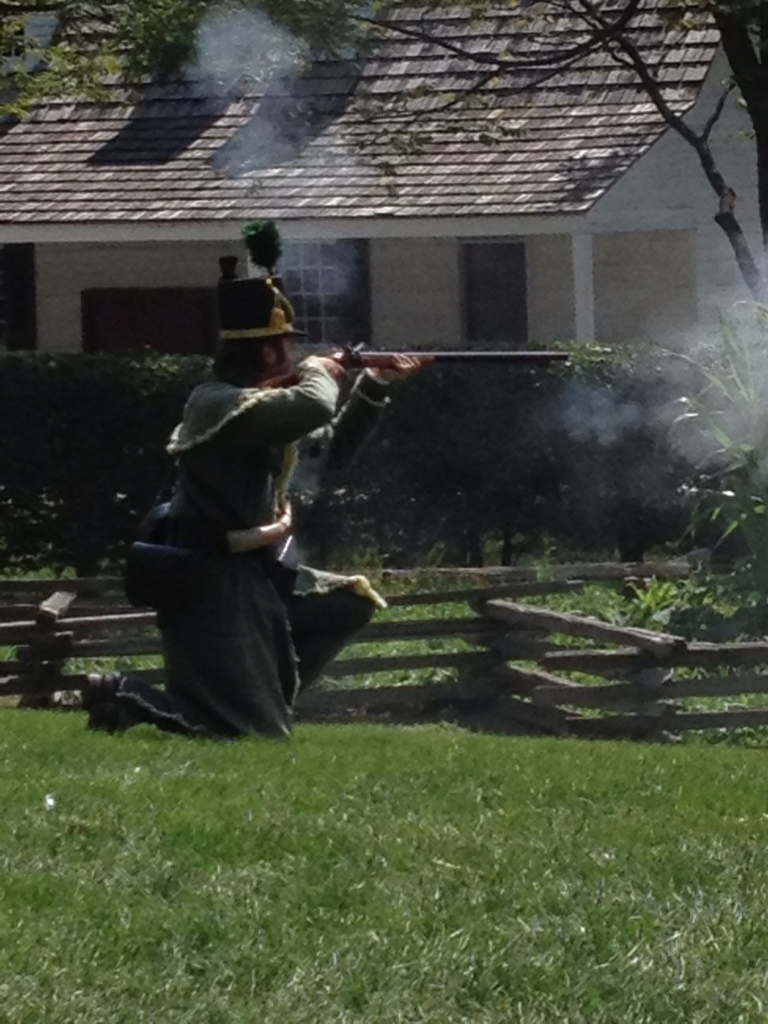 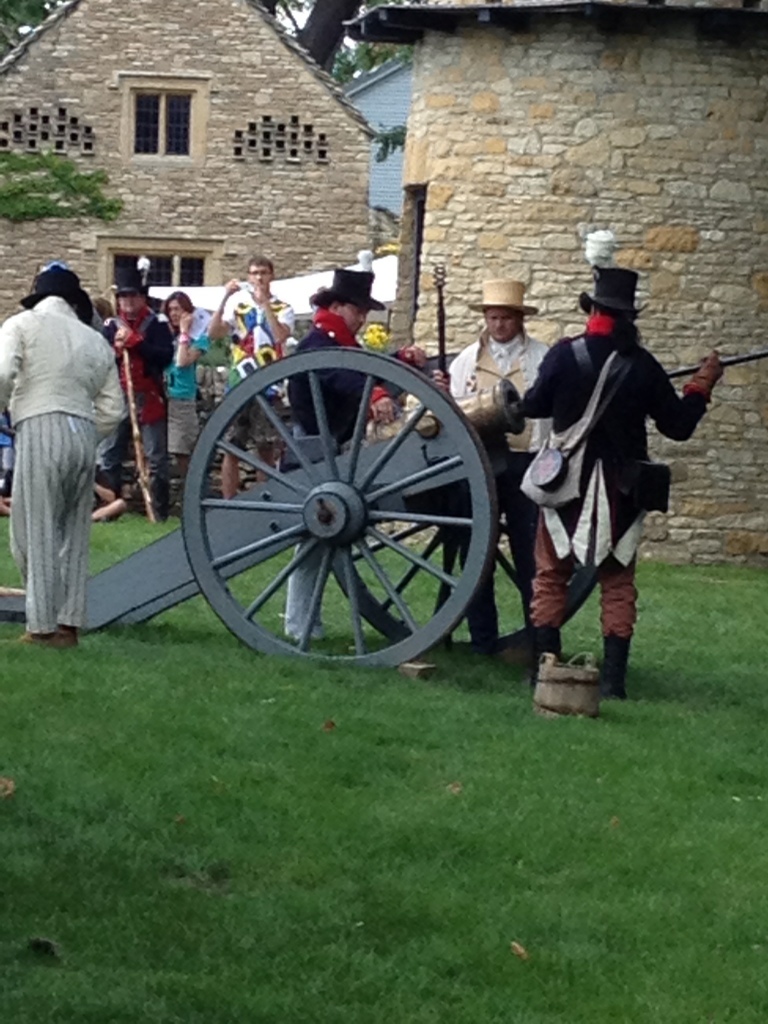 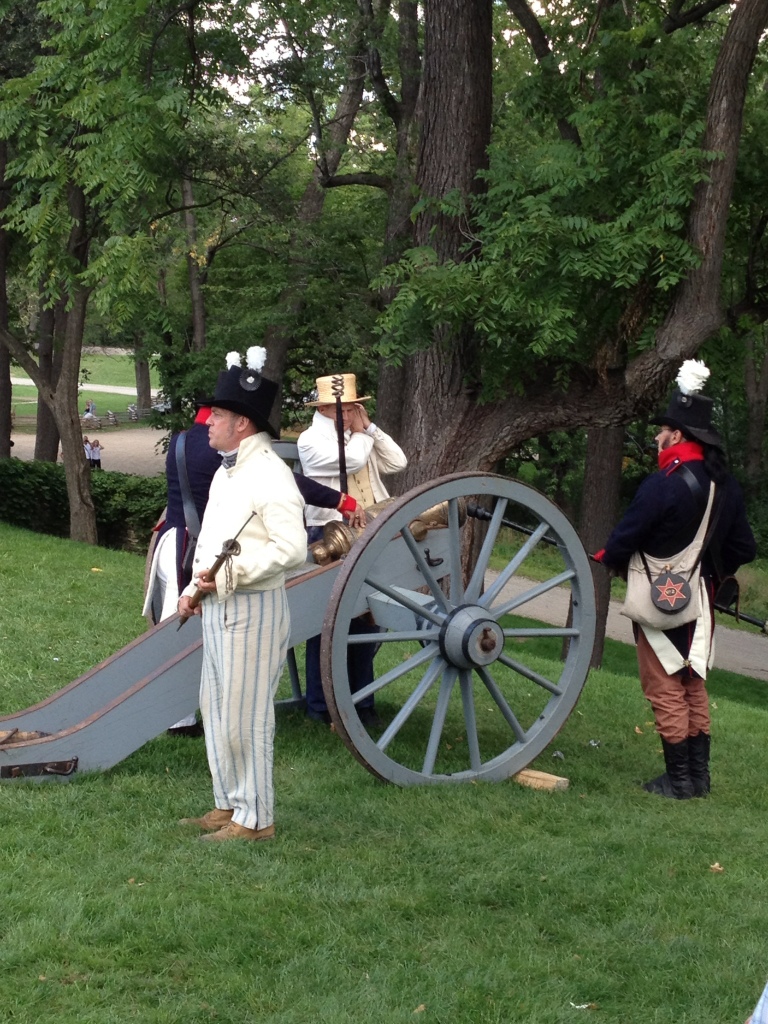 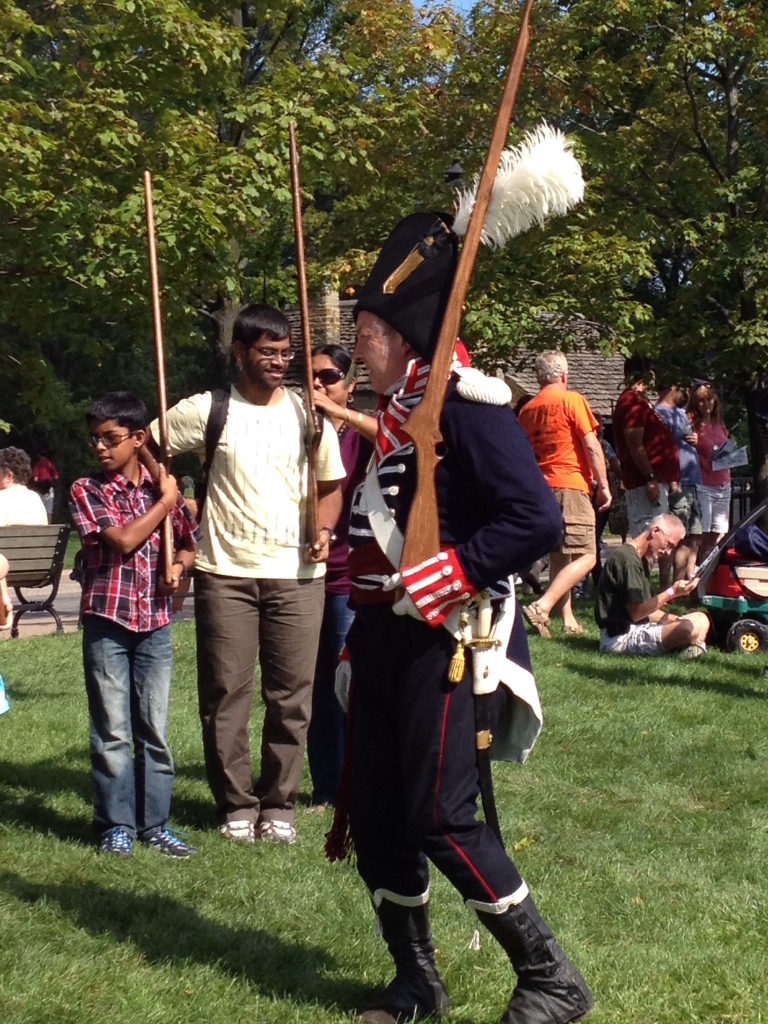 We stayed until the village closed, and went on to have a feast of Middle Eastern proportions at our favorite restaurant. 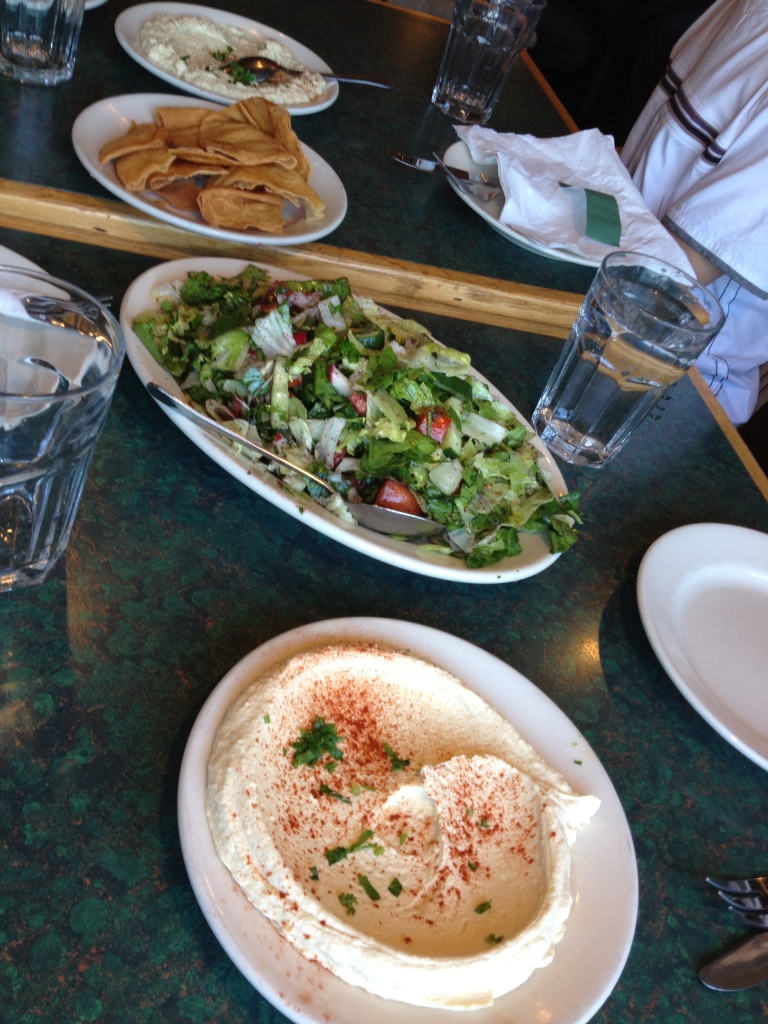 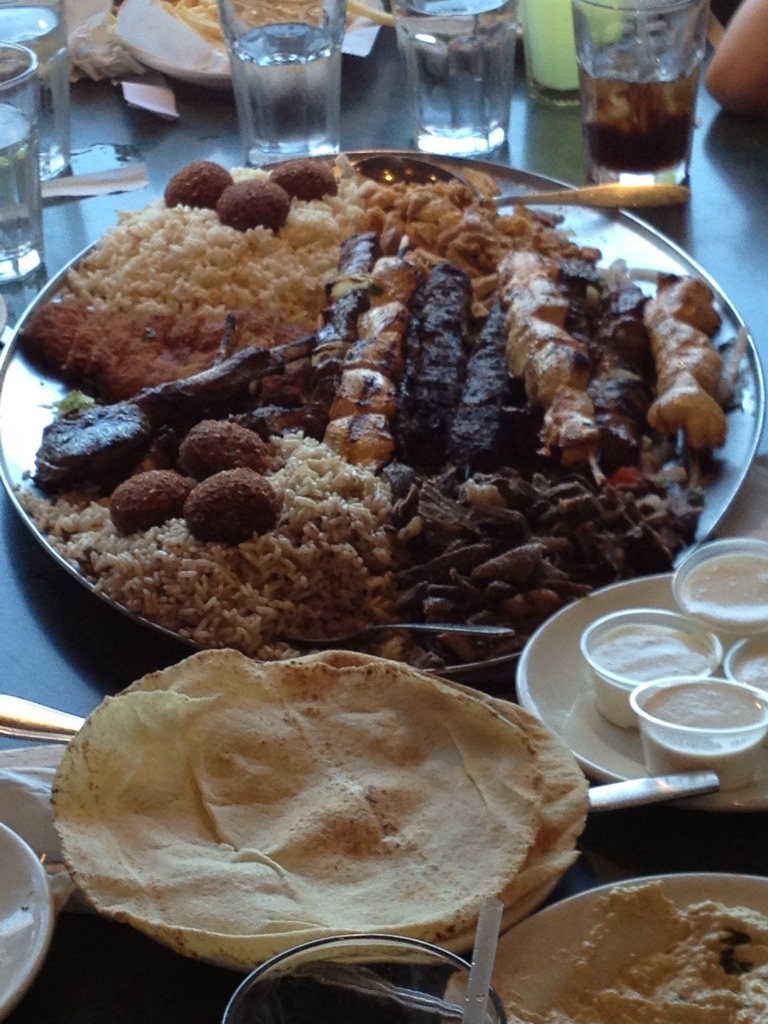 Yesterday was a wonderful day, and a fitting celebration to a most unique Ramadan.

August 21, 2012 A Prayer for Us
Recent Comments
0 | Leave a Comment
Browse Our Archives
get the latest from
Muslim
Sign up for our newsletter
POPULAR AT PATHEOS Muslim
1