A little over two weeks ago, I attended a panel discussion entitled ‘Beyond Reactionary: Imagining and Cultivating Liberation.”  Normally, I wouldn’t have ever known about this event.  I’m not on any mailing lists, I don’t usually find out about stuff that is happening in the community until the day of the event, or after it is done.  But recently I’ve come in contact with some very dynamic Muslim women, and I was invited to attend this discussion.  I felt honored and excited.  I didn’t know what to expect but I made the arrangements to go.

As I entered the room, I heard a female voice speaking in Arabic.  I was a little late, so I surveyed the room for the closest seat to the front on the right side of the room.  Once I was seated, I realized that I chose to sit on the ‘male’ side of the room.  SIGH.  Even in the liberal grounds of University of Michigan, in an event sponsored by the Women’s Studies Department, there was moderate segregation.  I use the word moderate, because after I noticed that I was sitting on the male side of the room, I also noticed that there was a girl sitting in the middle of all the boys.  Then further on into the hour, another girl joined the row, and a few minutes after that, another woman was invited by a boy to sit next to him.  99% of the females in the room wore hijab.

This is all so very important to me because I’m looking at these college students and I’m watching their interactions and thinking what my children would be choosing to do if they were in this room.  What I would want for them. 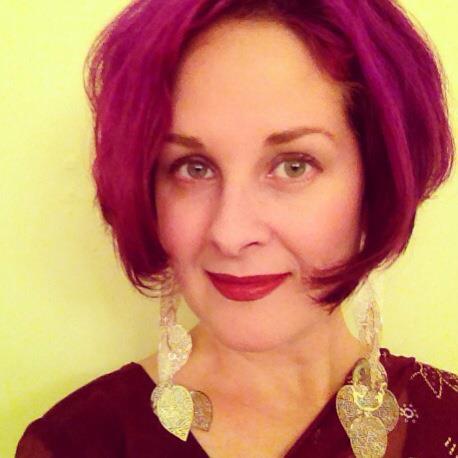 The speakers gave us a glimpse into their journey as Muslim women, what brought them together to lead this panel.  Amanda Quraishi, Muslim Convert, writer and interfaith activist from Texas,  told about how she struggles with the idea of  ‘The Ideal Muslimah.’   The muslimah who always is perfect in her Salah, her home is a spotless vision of organized beauty, her children are all honors students,  her marriage is in complete harmony and she makes perfectly spiced meals and she does all of this while reading Quran all day.  This is like us mere mortals struggling against the likes of Martha Stewart and Gwyneth Paltrow, ever striving to have the perfection of home and lithe body while maintaining a level of perfection in her romantic and social life that is daunting all on its own.  It is impossible to do all, and we have to allow ourselves to have room to grow and be beautiful women who are flawed.

Chaplain Tahera Ahmad introduced herself, told us a little bit about her life story growing up in the Chicago suburbs.  It was her voice that I heard reciting The Quran when I entered the room late.  As Chaplain Tahera talked about her life, I realized that this young woman blazed the path for young Muslimahs.  She, like Rosa Parks, changed the game for young women by playing basketball for her high school while wearing hijab.  Challenging the mainstream in midwest Chicago while she was 15, Tahera continues to be a powerful force in the story of American Muslims today.  ‘Tahera received graduate certification in Arabic from Al-Diwan, Cairo, Ijaazaat (certification) in Tajweed (art of Quranic recitation) and traditional Islamic sciences from various institutions in USA and abroad. During her graduate studies in Islamic Studies and Christian-Muslim Relations at Hartford Seminary, she served as the Muslim Chaplain/Advisor at Mt. Holyoke College in South Hadley, Massachusetts.’  If Chaplain Tahera were Presbyterian or Methodist, she would be the Pastor of her own church by now.  With this glowing list of educational accomplishments and her engaging personality, her parish would be overflowing.  This dynamic woman is fighting against mainstream Islam by being a leader for college age American Muslims, changing the course of history by being a resource for young Muslim Men and Women and planting a seed that Women are able to be religious leaders in the community.

Hind Makki, also from the Chicago area is a leader in interfaith dialogue.  Hind told us a story about how she and Chaplain Tahera were leading a meeting together, and once they arrived at the location (it happened to be in a mosque) one of the men in the group told them that they could not participate in the meeting because they were women, and they had to go to the women’s room.  Apparently the man did not understand that Hind and Tahera were the leaders of the meeting.  Hind did not explain the outcome of this challenge but used it as a segue into talking about the inequality of prayer spaces for women.  Because it is not mandatory for women to attend the mosque for Jummah prayers, mosques all over the middle east have no spaces for women to pray.  Over the course of history, the men got used to the women not being considered in the prayer environments, and thus did not plan accordingly for them when building the mosques.  This is a problem in American culture where the norm is for men and women to participate in worship together.  In the traditions of the founding religions practiced in America, worshiping God together with your entire family side by side brought you closer together as a family unit.  So, when American Muslim women attend prayer, they want to pray in spaces that are as thoughtfully planned for as the men’s spaces.  Hind is the founder of the Tumblr feed SideEntrance, where she collects photos of and discusses prayer spaces for men and women.

I sat and listened, and as the stories of these women flowed around me and I absorbed and noted as much as possible, I kept thinking where do I fit into this discussion?  I am a spectator in this struggle.  I am not fighting as a Muslim being denied the right to pray next to my husband and son.  I am not being told I cannot participate in a dialogue with members of the opposite sex.  I am not being held to this impossible ideal in my own mind…(well, maybe ;-))  But I am the mother of future women and men.  I want a space for my children to feel welcome.  I want a space for my children to pray where they feel comfortable sitting together and are permitted to Worship God Together.  I want my future grandchildren to be able to pray side by side with all people Just Like They Do in Mecca.   I want my girls to be honored, respected and accepted as credible, educated women.  And have their religion not matter to anyone else in the room, even if they choose to wear hijab.  I want my son to feel the same way.  I desperately want Mr. Fox to see all women this way.  I want my children to have lives that are more inclusive and less painful than the lives current American Muslims are living.  I want my children to be equal in all the ways that count, and extraordinary in the ways that matter the most.

So, although I did not speak out and contribute in the panel discussion…I walked away with a renewed passion. 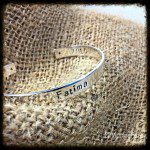 April 13, 2013 New Convert, New Wife
Recent Comments
1 Comment | Leave a Comment
"Real friends are gems to find. It's sad to think how long you can be ..."
Aloha 😛 Stepping Up When Big Deal Things ..."
"It's been a great article. Thanks. A life suitable for Islam can be experienced all ..."
Karlı Selim Dahlia Qadri, Intern, Hijab and International ..."
"I congratulate you. It's nice to be a muslim character. I will follow you very ..."
Karlı Selim Not a Hot Take…But the “B ..."
"I have no knowledge of the Bahai faith."
Kristina ElSayed My Journey with The Story of ..."
Browse Our Archives
get the latest from
Muslim
Sign up for our newsletter
POPULAR AT PATHEOS Muslim
1

What if Allah is Beautiful and...
The Living Tradition
Related posts from My Islamic Life