Reader Response: My Muslim Boyfriend Broke Up with Me

Reader Response: My Muslim Boyfriend Broke Up with Me August 10, 2015 Kristina ElSayed

Happy Monday friends!  This morning when I settled in at my computer to get some work done, I found this letter from a reader.

Hey, I recently came across your website and was hoping I could get your opinion or view on some of the stuff that I have going on. My boyfriend of almost 2 years just broke up with me out of no where, he said something about we can never be anything more than we are right now because he is Muslim and I am not. He was born and raised in Canada and I’d consider him to be very westernized, he drinks parties, dates all that stuff. We have talked about the future before and have always worked things out but suddenly he doesn’t think it will work anymore. I believe that some of it has to do with pressures from his family because ideally they would like him to be with a Muslim however they didn’t dislike me at all and they have told him that they will love and accept him no matter what. I know that he still loves me and cares about me but is trying to shut me out and forget his feelings for me. Do you see him changing his mind and doing what makes him happy instead of what he feels is the right thing?

I sent M this response and asked permission to get your opinion.

I’m so glad you’ve reached out. I’m sorry you are hurting right now. After spending 2 years of your life with a man it is very hard when they decide they need to make a change.

In my experience, most Muslim men who come from pretty strict families are rebellious in their younger years and then as they age, they return to following the sunnah more closely. It sounds to me like your boyfriend has come to a crossroads. His family may have upped the ante on the pressure for him to marry a Muslim woman. Even though they like you, and it is perfectly permissible to marry a Christian woman, if he is dependent on them, that could be extremely difficult. While he still loves you, he may be in the position of choosing between you and his family.

My advise to you is to let him go. Grieve your loss. I know it can be messy but this will be the kindest way for YOU. If he is still calling you, tell him you would like to remain friends (if you do) but that you need some time away from him to grieve your ending relationship and the loss of the future you thought you had with him. Give him a time period in which he cannot contact you. This will help you mourn and it will help him come to terms with his decision. You, in turn, don’t contact him. Do what you need to do to mourn this ending relationship.

For me, grieving has always been about watching a lot of movies and reading a lot of books. Talking to a counselor and then connecting with some friends. Do something cathartic. Allow yourself to heal. Then, after the time has passed, you can reach out to him and see how he is doing. You will always love him in some way, but it may hurt a little less. 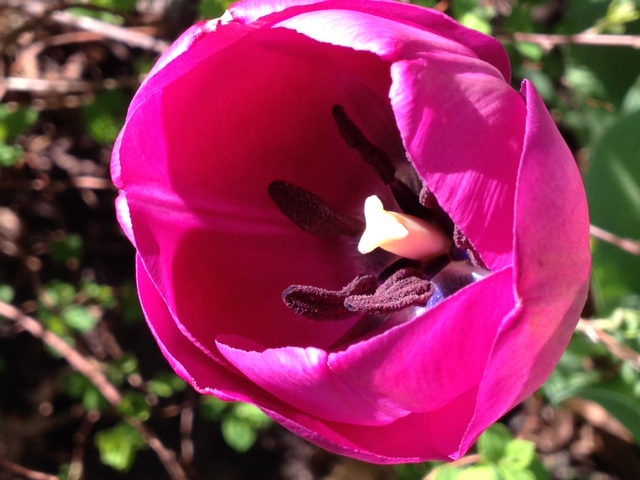 August 10, 2015
Re-Post: The Side Entrance of Religion
Next Post

September 23, 2015 Learning to Breathe
Recent Comments
1 Comment | Leave a Comment
"Real friends are gems to find. It's sad to think how long you can be ..."
Aloha 😛 Stepping Up When Big Deal Things ..."
"It's been a great article. Thanks. A life suitable for Islam can be experienced all ..."
Karlı Selim Dahlia Qadri, Intern, Hijab and International ..."
"I congratulate you. It's nice to be a muslim character. I will follow you very ..."
Karlı Selim Not a Hot Take…But the “B ..."
"I have no knowledge of the Bahai faith."
Kristina ElSayed My Journey with The Story of ..."
Browse Our Archives
get the latest from
Muslim
Sign up for our newsletter
POPULAR AT PATHEOS Muslim
1

Why Does Allah Allow Human Suffering?...
altmuslim
Related posts from My Islamic Life