Happy Thursday my friends!  Its a new year and with that a new batch of goals and trying on new routines.  I’m doing the work, trying to make a difference here in my small-ish town and living my dreams.

Each year, for the last 3 years, I begin the year by closing out the old and welcoming in the new…I’m not talking about New Year’s Eve celebrations, but by working on ME.  I learned 3 years ago that for me to be as Big and Brave as I wanted, I needed to do some work. So, I started planning out my life goals for the year.  What I wanted to accomplish.

I use Leonie Dawson’s Shining Life & Biz workbooks.  They are super colorful and fancy and the printed pages are so…well, let’s put it this way.  For 2 years I cheaped out and bought the self print version for 10.  This year I splurged and bought the pre-printed one and its just everything I wanted in a workbook.  I can use sharpie markers without bleed through and color and write and mess it all to my heart’s content. 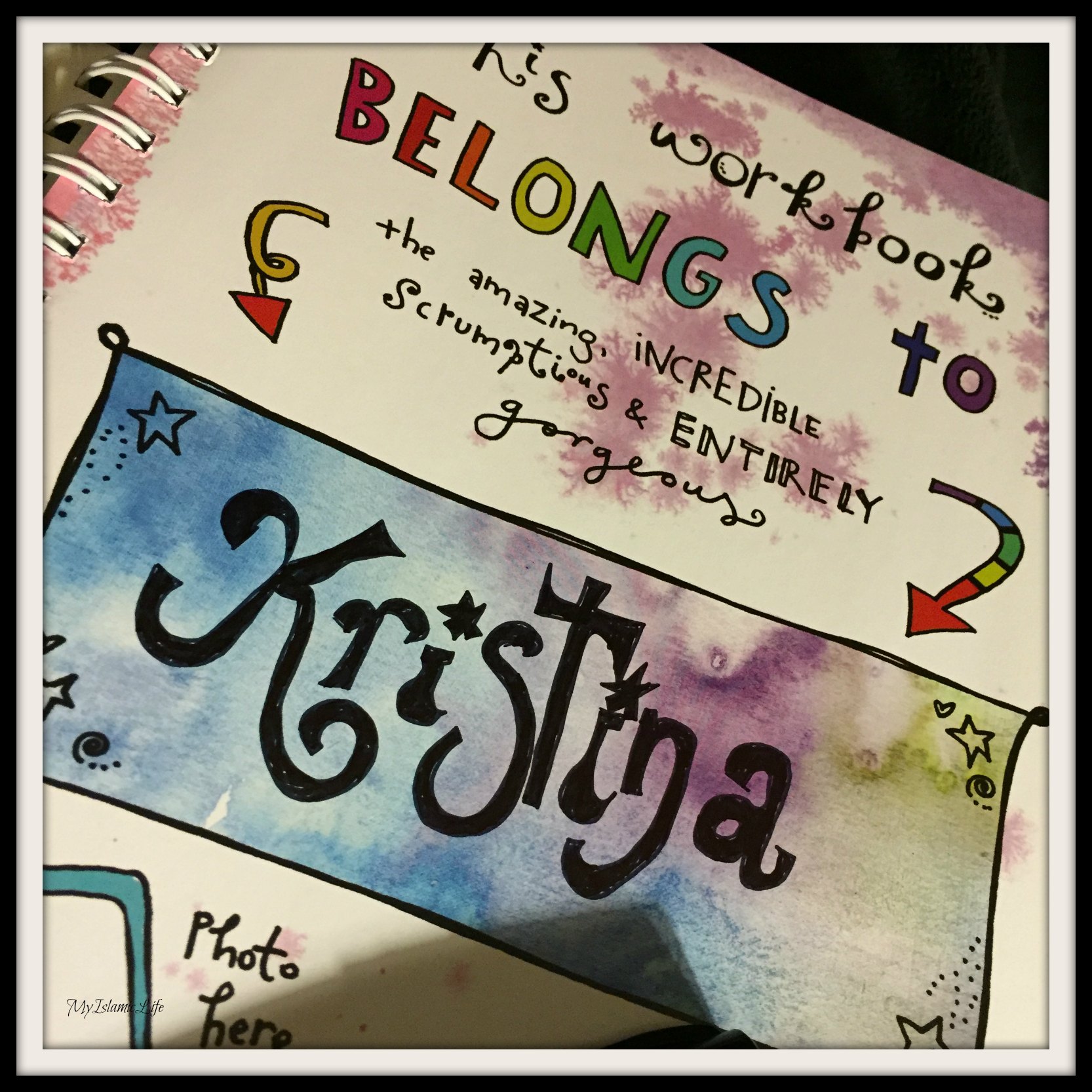 Now, I’ll warn you…Leonie is a mermaid.  She communicates like a mermaid and her illustrations and the whole workbook is made by her own handwriting.  So, if you like something more tight laced and streamlined, this might not be for you.  But, it works for me.

I love how the workbook helps you make time for everything.  Time to read, time to work on tactile things, time to work on planning, time to self care.  I have a specific thing that I’ve scheduled for each day.  I’m trying to build new routines.  I hope it works.

Yesterday, I was thinking back to what I was doing at this time last year.  Even though it was cold, windy and snowing, I was thinking about the end of Winter and the beginning of Spring.  Last year was the first year we experienced a Muhajabat party.  Not just one…but three.

What’s a Muhajabat Party?  I had no idea.  Honestly.  We got the invitation and I texted JJ.  “What is this?”  I asked Kate and Pea.  They surmised that because wearing hijab is formally called muhajabat, it is possible that this invitation is a party to celebrate their friend’s decision to wear hijab full time. 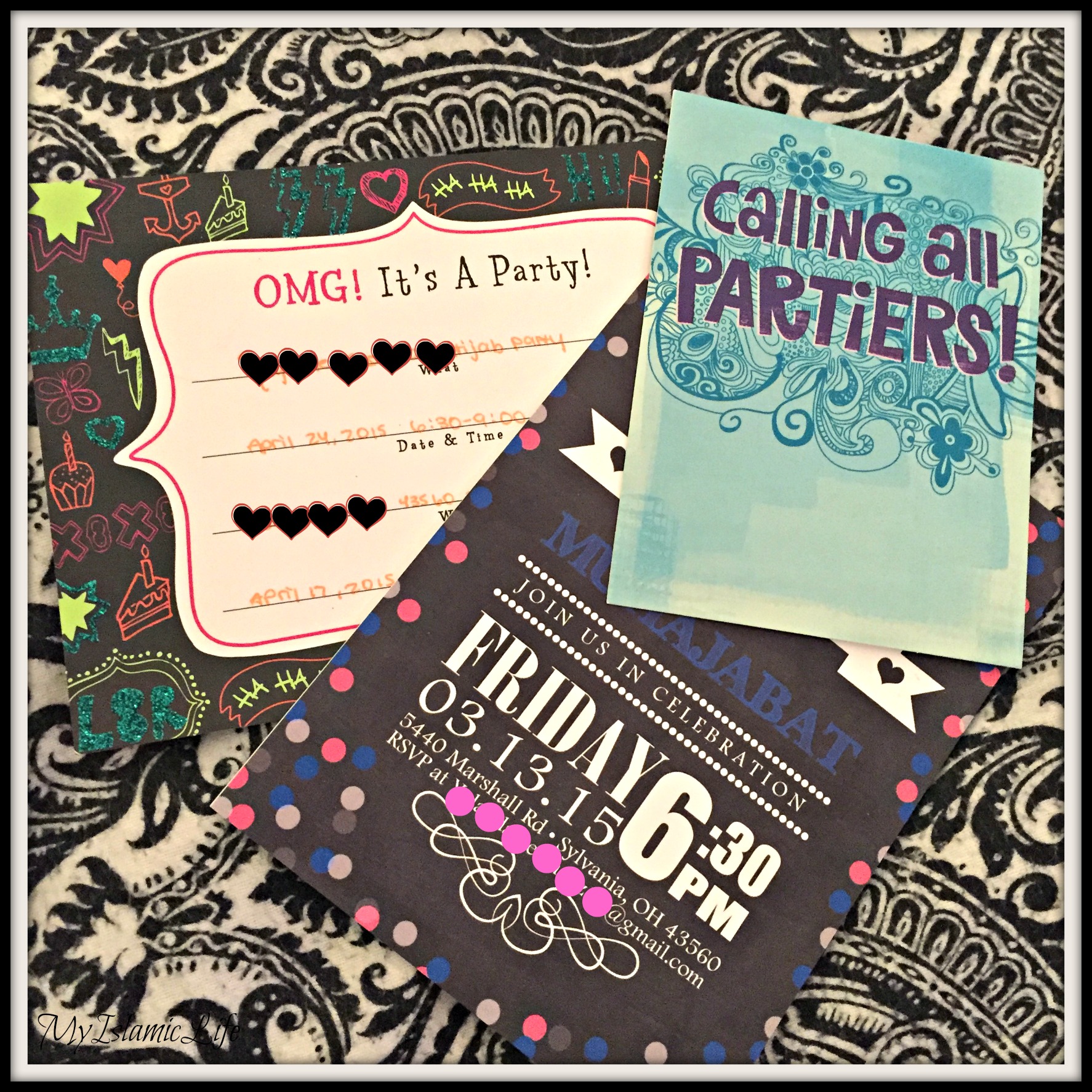 We had no idea what to expect.  I asked my tribe online and no one could tell me.  Its not done in the Middle East.  My sister in law had no ideas.  Its not widely done in communities in the United States.  I later learned that this event just recently started happening in communities in Michigan, now that families are beginning to give girls the option to decide when they will begin wearing hijab.  Often, in families where the mother is muhajabat, the girls just do the same without question.  But families in America are changing.

I figured a gift would be in order, something special for each girl.  So, I made them Sterling Cuff bracelets with their names on them, and the date they each chose for their hijabiversary.  We dressed in nice casual clothes and took our gifts to the party destination. 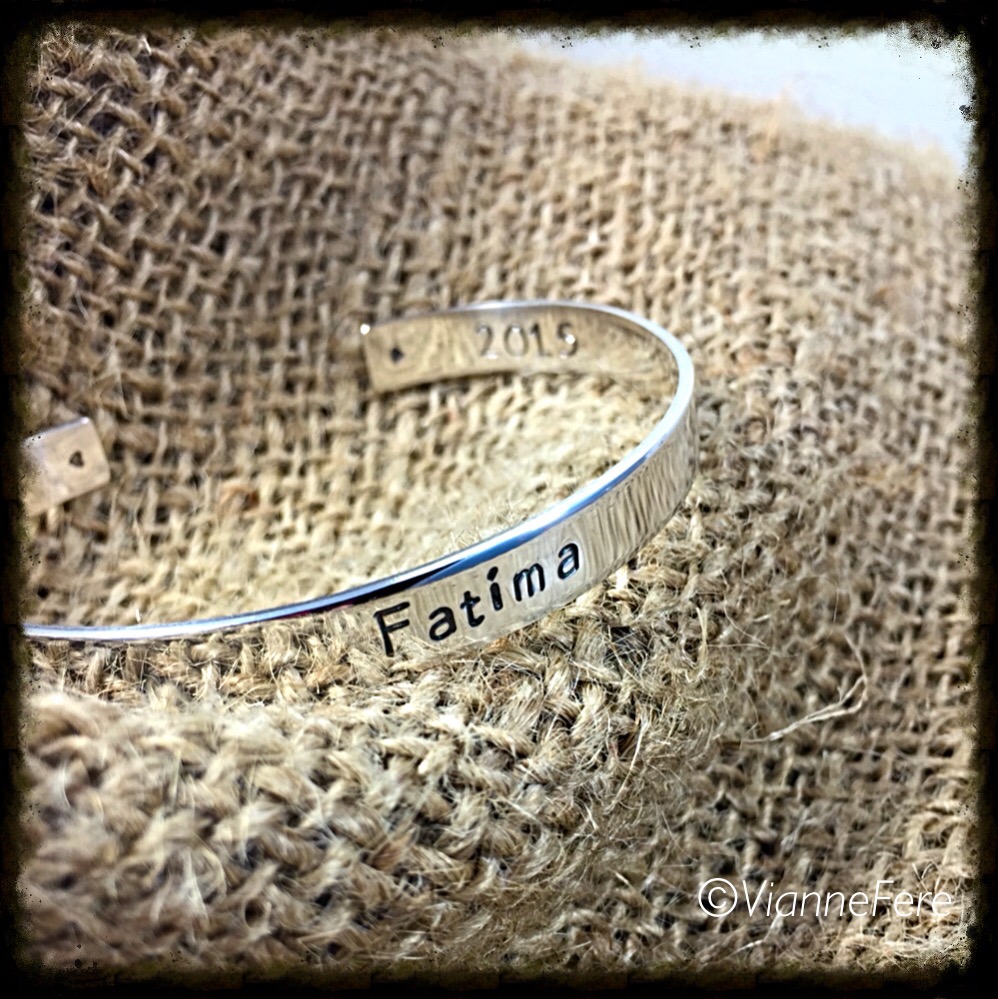 We were surprised when we arrived.  Think Sweet 16 + Bridal Shower + Quinceañera.  There was a theme to the party.  Decorations everywhere…food, centerpieces on the tables, party favors, a candy buffet.  Plus strobe lights, a smoke machine and a dance floor.  This girls’ only event was set to party, and most of the guests were dressed to the nines.  Homecoming dresses, fancy hair, model style makeup, nails, jewelry and heels.

I had no idea.  Truly, none.  We were way underdressed for our first Muhajabat Party.  We had on nice clothes, the ladies wore cute jeans and pretty tops.  They both wore hijab because we thought that it was appropriate for the event.  So. Wrong.

For the next party, we were much better prepared.  We took the same type of gift, personalized for the girl, but we had gone shopping for dresses.  I made appointments to get their hair done.  We had heels and nails and bling.  This time we knew what to do.

Its difficult to navigate these types of situations when you have no idea and no one you know can (or will) help you.  It is either they don’t know, or they don’t think its important to tell you.  Usually I end up feeling like since I’m not part of the club, its not important to give me a head’s up.

Anyway, now I know.  So, I’m sharing with you so You Know.  If you get an invitation to a Muhajabat Party (especially if its for a young girl) be prepared for an ALL OUT celebration and dress to impress and take a gift that she will treasure the rest of her life.

February 11, 2016 Ash Wednesday
Recent Comments
0 | Leave a Comment
Browse Our Archives
get the latest from
Muslim
Sign up for our newsletter
POPULAR AT PATHEOS Muslim
1