My Journey with The Story of God

“You said you prayed about it. I know your husband and children are Muslim, but what religion are you?” She asked.

“Its complicated,” I said, “I’m on a journey and I don’t quite know where it will lead.”

My mother grew up in a Catholic family. She and her 5 brothers and sisters went to Catholic schools; my grandmother was an old school Catholic woman who knew her religion.

My father came to religion a little later in life, and as I remember the story, his family wasn’t particularly religious, but they would go to church sporadically.

When they married, somehow my mother thought my father was much more devoted to his faith. So, she converted to the Lutheran church. We were baptized as infants, and we attended church off and on throughout my life. The main take away I had from my life as a holiday Lutheran was that God was the boss of heaven and hell, the creator of earth and everything around us and that Jesus died for our sins. Whatever sins were.

Growing up in the moderately sized Midwestern town of Toledo, I didn’t know anyone who wasn’t Christian until middle school. Once I was in high school, I knew someone who was Buddhist, a couple of my friends were Jewish and I knew another person who was Muslim (but I didn’t know it at the time.) I didn’t ask questions about their religion and we really didn’t discuss it at all. I assumed their religion was as different from mine as Methodists were different from Lutherans and Catholics.

Over the last 25 years, I’ve been on a journey of religious education. It began with a spiritual awakening and deep connection to Christian style prayer. Several years later I began learning about Islam so I could understand my husband and his family more, and that morphed into being able to teach and support my children’s religious life. So far, I’ve not felt called to convert to Islam. It might have made my life easier, but I didn’t want to just take the easy road. I wanted to take the right road for me.

On this journey of religious exploration, I’ve read a lot of books and blogs. I’ve listened to podcasts and I’ve watched YouTube, live stream videos, movies and television programs. I’ve also spent a great deal of time talking to people of different religious experiences. The investigation continues as I learn about new religions, and people recommend new material to me.

Last week, I was offered the opportunity to preview the Second Season of The Story of God with Morgan Freeman. I was thrilled to have this experience and wanted to share it with my family. But as time passed, we weren’t in the same place at the same time for the hour that was needed to watch together.

Yesterday, I sat down and took the time to watch the episode entitled, Having Faith in the Face of Danger. Morgan Freeman is just as engaging as he is on the big screen, and I was immediately drawn into the narrative. Mr. Freeman met and interviewed five messengers of different religions, explaining their mission, the connections and significance of the messages within the communities and the struggles that the people go through to deliver their messages from God.

Each of the five stories were distinctively different, but after listening to them all, I was struck with the overarching message of commonality. Yes, each religion has its own rules, language and prayer method, but the thing they have in common is that they all worship a higher being, a creator, and they all want to be able to live faithfully, with respect and honor.

Over the last year, parallel to my spiritual journey was another, about racism and ignorance. People being singled out for the color of their skin, the way they speak, dress or pray. Activists worked tirelessly to build bridges and educate massive amounts of people over a short amount of time, while small inroads were being made amongst friends and neighbors.

Asking questions, investigating the unknown and becoming familiar to what is different or unique about people in the world opens doors. You can never go wrong by learning more. What we value and have in common is what makes us stronger together. Building each other up. Having hope for the future.

You can find season one of The Story of God on the National Geographic website or you can purchase the entire season on DVD through Amazon. 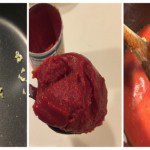 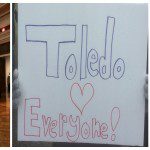 January 28, 2017 Proof of God; Defining Moments
Recent Comments
0 | Leave a Comment
"Real friends are gems to find. It's sad to think how long you can be ..."
Aloha 😛 Stepping Up When Big Deal Things ..."
"It's been a great article. Thanks. A life suitable for Islam can be experienced all ..."
Karlı Selim Dahlia Qadri, Intern, Hijab and International ..."
"I congratulate you. It's nice to be a muslim character. I will follow you very ..."
Karlı Selim Not a Hot Take…But the “B ..."
"I have no knowledge of the Bahai faith."
Kristina ElSayed My Journey with The Story of ..."
Browse Our Archives
Related posts from My Islamic Life