Lately my daughter has been asking to go shopping for hijabs. Its on her mind. Every time we’ve left to go on a trip for college searches or science Olympiad, she asks, “Is that the city with the cool hijab store?” She’s remembering the shop in Bridgeview. Al Omari Islamic Fashions. Pea remembers 5 years ago, we went to this shop, we were warmly welcomed, they had an abundance of abaya and hijab and the women were so helpful and kind.

She has been asking to return to that shop.

This morning she commented that she wishes that she could wear hijab and short sleeves. I mentioned that I’ve seen Malaysian women wearing short sleeves with hijab, but that doesn’t compute with her. She is sorting out the details. Looking at what makes sense in her mind and to Pea, if your arms aren’t part of your private area, why should your hair be?

Muslim women are all over my FB newsfeed these days. Last week was National Muslim Women’s Day. I had no idea it was happening prior to being alerted to a twitter post where Dilshad Ali tagged me in a shout out.

Shoutouts to my own @PatheosMuslim, where Muslim Women have been sharing their stories for years. And <3 to @AltMuslimah. #MuslimWomensDay pic.twitter.com/8TzgkdasPp

Then, there was a discussion about being inclusive of all Muslim women, even those who don’t wear conservative level hijab. Major stars and news outlets supported Muslim Women this week, if you didn’t see it; there is a compilation over on FB at Muslim Girl.

Nike revealed an athletic hijab this month. “The Nike Pro Hijab has been a year in the making, but its impetus can be traced much further back to Nike’s founding mission, to serve athletes, with the signature addendum: If you have a body, you’re an athlete.”

What will they say about you?
Maybe they'll say you showed them what was possible.#believeinmore #nike pic.twitter.com/rqn24qpDsn

I’ve heard the outcry shaming Nike of taking the spotlight away from Muslim sportswear companies who have been making these garments for years. In my opinion, the quality of Nike’s construction is far above anything I’ve come in contact with from other sportswear companies. I’m thrilled that Nike has jumped on board. I’m thrilled every time a mainstream company includes Muslims.

This week, Shonda Rhimes and Ellen Pompeo included a hijabi nurse in the cast of Grey’s Anatomy. (Season 13; Episode 18) She wasn’t part of the storyline, but she was there in the background.

Not being burned by acid.

Not being a terrorist.

I get excited when I see hijabi women on the television because the more people are exposed to positive images of Muslims in the media, the more that image will be normalized. It’s a process. Growth is a good thing. 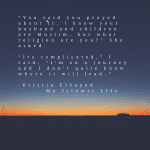 March 11, 2017
This Weekend's Featured author on AltMuslim
Next Post 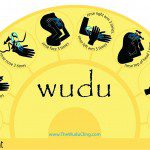 May 26, 2017 The Wudu Cling On Sale during Ramadan
Recent Comments
0 | Leave a Comment
Browse Our Archives
get the latest from
Muslim
Sign up for our newsletter
POPULAR AT PATHEOS Muslim
1

The Story of Jesus: The Man...
The Muslim Monad
Related posts from My Islamic Life