Up Close and Personal with Acute Need 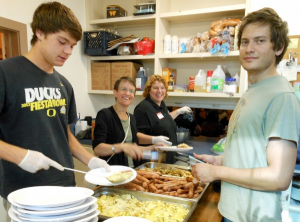 Two weekends ago I volunteered at a place that serves meals to people experiencing homelessness in downtown Portland. It was a nice thing to do, but I had an ulterior motive: One of the things I’ve identified as essential to my journey of conscience is encountering, in person, what I’m calling “acute need.” This means venturing out of the realm of ideas – even good ones – and exposing myself to people who are suffering in a concrete way.

The irony is that I’m a Zen priest. I’m exposed to people who are suffering all the time. My whole vocation is about helping people deal with their suffering, and in Zen we recognize that suffering comes in all kinds of degrees and forms. The existential angst or grief of an apparently fortunate middle class person may drive them to suicide; just because someone isn’t visibly facing hardship doesn’t mean their suffering is any less painful.

While I can imagine Zen practice helping someone with their angst or grief, I still don’t know what it can do for someone who has no place to lay down and rest undisturbed.

I have watched people who are homeless from afar all my life, having always lived in fairly large cities where it is prevalent. As I’ve watched, I’ve been curious and saddened. I’ve wanted to do something, and I’ve lamented the greed and selfishness of a society that denies basic care and dignity to people who are down and out. I’ve wanted to see people’s basic needs met no matter how and why they ended up poor, vulnerable, and without social support. I’ve wanted to see more truly affordable housing, and economic policies that prevent some people from getting obscenely rich while others can’t keep themselves off the streets even though they work full time.

All of these are ideas. I still believe them. But there’s a way I can take refuge in holding my ideas. When I see someone who appears homeless, I can recite my litany of good ideas in my head and feel better. Instead of really being present with the person’s need or suffering, I can shift my attention to the alternative reality that would come about if my policies were implemented. I can conclude the person in front of me isn’t my problem because I don’t approve of the system that contributed to them ending up living on the streets or in shelters.

I can take refuge in my general sense of good will, sent like a greeting card from afar, instead of actually doing something such as learning more, getting close, asking, watching, listening, smelling, and trying.

During my brief 2-hour stint at the homeless kitchen I began to get myself involved. Just a little bit, just briefly, but it was a start.

I noticed that my nice ideas were pretty irrelevant once I was up close and personal with people experiencing homelessness or transitional housing. Not because those ideas are wrong. They’re just not very applicable when someone needs some food. Now.

I spent most of the time serving up plates in the kitchen with several other volunteers. We doled out the eggs, sausages, and fried potatoes as fast as we could – plate after plate after plate, around 135 in all. It was actually kind of fun.

Once all the plates were served, the volunteers grabbed plates for themselves and went out to sit in the dining room and eat with everyone else. I took a spot at a table with a homeless couple and tried to think of things to say to them. What I really wanted to do was ask them all about their lives – do they have a place to stay? How did they end up on the streets? What would they like to do in the future? Where were they going to get their next meal? Are there really enough meals being served at the various places around town to keep them fed? But I didn’t want to be annoying or invasive. I hope I get more used to this, and learn what to say or not say. I’m actually not very good at it in any kinds of circumstances, let alone ones where talking about TV shows, vacations, pets, or Zen Buddhism probably isn’t going to cut it.

I was struck by how tough the people being served by the kitchen seemed. Most seemed either guarded (understandably) or so used to their circumstances they carried themselves with a kind of stoic, no-nonsense pride. There may have been all kinds of things going on internally for the people who came for a free meal that day, but for the most part no one was sitting around with the wide-eyed, vulnerable look of recent victims. Given their circumstances, that probably wouldn’t have been a good idea.

Still, the reality of the up-close-and-personal helped further dissolve my secret fantasy of walking among those in trouble like Mother Teresa, spreading ease with a beatific smile of unconditional love and acceptance. These were real people. They all bore some measure of responsibility for their circumstances, defying the categorization of completely innocent victim. They manifested all the variety humankind shows in other places, and some of them were easily liked while some were not. It was easy to see why people might prefer to address social problems from afar, where answers can seem relatively simple and the problem tragic but not too gritty.

In summary my first foray into the world of the homeless was a success – making things more real. I’ll be continuing with that process… more later! 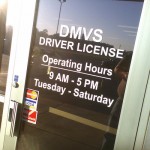 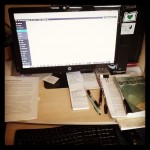 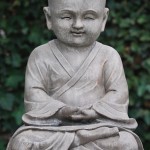