The Nature of the Zen “God” 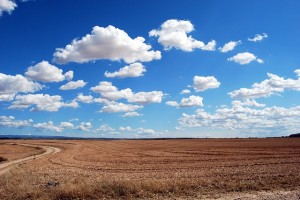 The comments and discussion provoked by my previous post, “The Burden of Atheism,” has inspired me to say something further about the nature of the Zen experience of God.

I have to say up front that this is my Zen experience, but I think it’s typical enough that I’m daring to call it “the” Zen experience. Others may, of course, disagree. I also have to say that we don’t have anything we call “God” in Zen. However, those from theistic cultural backgrounds – most of us in the West, regardless of what religion, if any, we have embraced – assume this means that Zen does not propose there is Something Greater.

By “Something Greater” I mean a reality beyond the obvious; a coherent and meaningful structure to the universe; a way in which everything is actually One; a different way of being that is transcendent and liberative; a possibility of mystical self-transcendence, and luminous aspect of the universe that will always be, long after we are gone. I could go on.

I know these facets of Something Greater are what theists attribute to, or call, God. I envy them the simplicity of one term to cover the whole shebang. It’s awkward having to talk in circles around what is sometimes called the Infinite or the Divine.

Still, in Zen, this is what we do. You might think of our approach to God as Islam on steroids. Not only do we refrain from portraying Something Greater visually, or giving it a name we can abuse, we shy away from addressing It, describing It too often, projecting any human qualities onto It, or even using any given euphemism for It too often, lest we start to think of that as a name and thereby create a concept about It. We don’t even call It “It.” Heck, we even try not to talk about It too much because inevitably language and conceptual thinking is too limited to portray It accurately.

The drawback to this extreme apophatic approach is that sometimes we lose sight of the Something Greater. We can get caught up in our Zen practice like it’s a self-improvement project. We can start to feel forlorn and lonely, small and claustrophobic within our mundane little lives. People from other religions pity us for missing out on a relationship with the Divine.

The strength of this approach, however, is that we constantly challenge ourselves to have faith in, or experience, God, without shrinking Him (or Her) down into a shape we can comprehend. There’s nothing wrong with wanting to do this; we typically understand things by relating them in some way to what we already know. But anything we can conceive of is not It, or Him. Our concepts are our way of trying to predict and control our environment. They’re always categories or generalizations. In the end, clinging to them instead of opening ourselves to God as He really is becomes sad and misleading.

Instead, we allow Something Greater to remain elusive. It is free to roam widely and manifest in churches and stoplights, saints and sinners, significant moments and mundane moments of watching the sunlight stream down through the trees. Sometimes it’s disorienting and frustrating, but it’s how we honor our God. Which is very real, even if He is much too profound to be personified.

However, despite the fact that we can’t conceive of our God, we can experience Him directly. Our Zen masters are just like the mystics in any spiritual tradition, encouraging us to seek more than indirect intuition or faith. It’s the great mystery of human existence that this is possible, but here’s the words of a Zen master to demonstrate:

“[The empty field] cannot be cultivated or proven. From the beginning it is altogether complete, undefiled and clear down to the bottom. Where everything is correct and totally sufficient, attain the pure eye that illuminates thoroughly, fulfilling liberation. Enlightenment involves enacting this; stability develops from practicing it. Birth and death originally have no root or stems, appearing and disappearing originally have no defiling signs or traces. The primal light, empty and effective, illumines the headtop. The primal wisdom, silent but also glorious, responds to conditions. When you reach the truth without middle or edge, cutting off before and after, then you realize one wholeness.” – Zen Master Hongzhi, 1091–1157 (as translated by Taigen Dan Leighton) 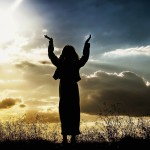 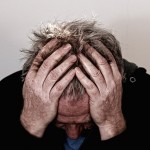 October 2, 2015 Not Just Guns and Madmen: Our Whole Society Is Insane
Recent Comments
0 | Leave a Comment
Browse Our Archives
Follow Us! 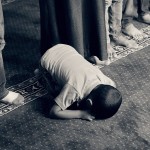 Buddhist
Invoking "The More"
My Journey of Conscience 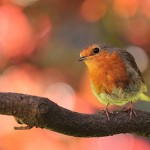 Buddhist
I Discover I Can Only Know God with...
My Journey of Conscience 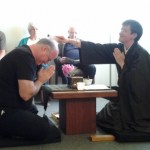