Max Domej from Gebetsktion Wien spoke to Cardinal Christoph Schonborn, Archbishop of Vienna and in the interview the Cardinal  talked about Our Lady’s “Pastoral Methods”

“I was always fascinated how Mother of God has pretty peculiar pastoral method that differs in a way from pastoral-theological manuals or lectures. Ever since my youth I loved Lourdes and I still do.

This is how I imagine the events in Lourdes: bishop of Tarbes town probably had his own plans and his own opinions, and then Mother of God comes, without asking local parish priest or bishop, appears at completely impossible site, in a hole, on a rock, at the river where people where not even going to, and to a girl that is illiterate, that can not even explain what Holy Trinity is, because could not learn that at her religious education class. And Our Lady appears only to her, just like that, gives her precise instructions what to do, what to say to the priests, to come in processions, to build chapel. And then she orders her to grab a piece of soil, and water gushes out…

Pastoral plan of Mother of God was very precise. She knew it all exactly. That was not foreseen in the pastoral plan of the Church but has determined and changed pastoral of France and whole world. In Vatican there is grotto of Lourdes in front of which Holy Father prays. Throughout the world there are grottos of Lourdes, and people are coming and praying, doing what Our Lady told them to do. And all of that through a little girl, Bernadette, visionary and Church has recognised that.

I thought, I want to see how does that look like in Međugorje today, how does Mary lead us step by step, how people experienced those beginnings here in 1981? What did Mother of God have on her mind when she decided to appear on really rugged hill to the group of wild children and to start giving them practical life guidelines, and for so many years?

That is so fascinating to me! We need to think about pastoral work as well; because I can simply state that throughout the whole world Mary has proven to be best pastoral theologian. In Latin America she organised whole missions through Guadalupe where she appeared to Indian, Indian! And told him what is that he should say to his bishop. She did not say that to bishop, but to Indian. There are similar experiences in every country and that is something theologians should think about. “

From Wiki on Cardinal Schonborn

Schönborn was seen as a leading candidate for the papacy because he is conservative, albeit a “balanced reformer” who is well liked by all factions of the church[1] and noted for his tolerant views,[2] diplomatic skills[3] and openness to dialogue.[4] In particular, he is recognized for his ability to mediate between the conservative and reformist wings of the Church.[5] Schönborn has travelled widely and is well known in the Catholic Church globally for editing the Catechism of the Catholic Church. He is a former student of Pope Benedict XVI and a close confidant, ally and long-time friend,[1] who has been called Benedict’s “spiritual son.”[6] According to John L. Allen, Schönborn was among the “kingmakers” when Benedict was elected Pope in 2005.[7] 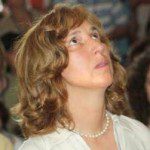 January 5, 2016 Top Cardinal says "Yes" to Medjugorje
Recent Comments
0 | Leave a Comment
"Having never been to the site of the visionary's apparitions, I can only glean information ..."
Max More Fake News from Church Militant ..."
"I guess I must be a traitor also. I’ll defend God/Jesus to the end of ..."
D.M.S. Where does it end? Get “Woke” ..."
"Oh crackpot isn't just a religious issue the world is filled with them incliding and ..."
davidt Priest becoming worldwide phenomenon – Fr. ..."
"Seriously???That demon you fear is inside yourself---a part of yourself.It is all that you cannot ..."
oneworlddude Signs of the Diablos – Is ..."
Browse Our Archives
get the latest updates from
Mystic Post
and the Patheos
Best of Patheos
Channel
POPULAR AT PATHEOS More Voices
1 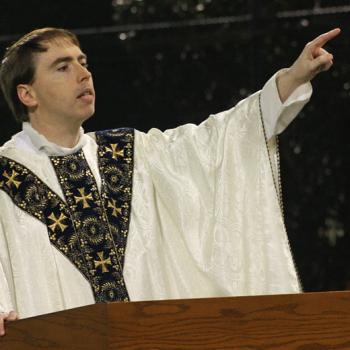