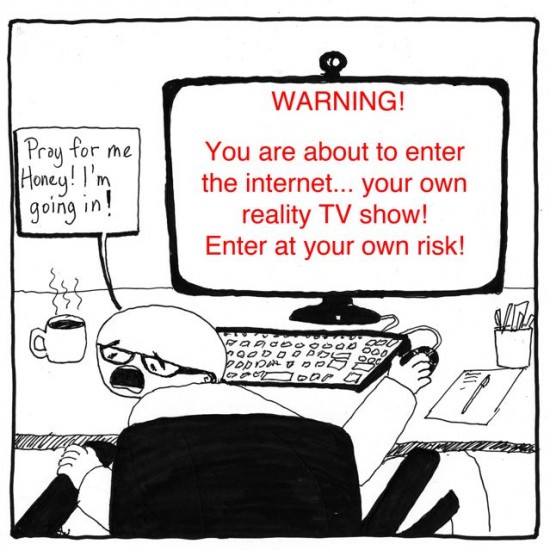 I get challenged enough online to know what it’s like. It’s not easy. So, I’ll admit that when someone else gets challenged online it’s kind of like watching an accident. I just can’t help it. I want everyone to be okay. Honestly. But I just can’t seem to avert my eyes.

So yesterday when Tony Jones posted “Why Are You Still a Christian?” and proceeded to give his reasons, I couldn’t help but watch. I’m not an accident scene expert, but I can propose theories as to why it happened.

Jones tweeted during the aftermath of the accident:

“Today’s pst = When Atheists Attack. And here I was simply trying to be honest and a bit vulnerable.”

“maybe it was when you called atheists a bunch of privileged white guys who are detached from the concerns of the world?”

Again, I somewhat sympathize with Jones because I have experienced this same thing. I, like Jones, try to be honest and vulnerable on the internet.

So this is how I approach it: the internet is like a reality TV show that anybody or everybody is watching and I’m one of the actors. If I want to be on the show, I’m exposing myself to the opinions of others. I positively know that I am going to get love and hate directed at me. I am going to be either ignored, praised or ridiculed. When you’re on the show, honesty and vulnerability are not only crucial, but inevitable. And the various responses of the audience are just as crucial and inevitable. This is the nature of reality TV.

We signed up for this.

(*** edited an hour after the original posting for tidiness’ sake)

January 7, 2014
Jesus talks to his parents about sex
Next Post 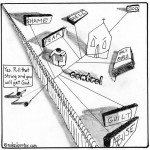 Jesus is/isn't the only way. -...
The Holy Kiss
Related posts from nakedpastor