7 Tips for Dealing with Religious Relatives

I’m lucky to have a supportive family. Even my religious family members respect and accept me for who I am. But that’s not always the case.

Some of us are facing relatives who are heartbroken about our lack of faith — incredulous, fearful, maybe even angry. For parents, this is an area that weighs especially heavily. We want so much to encourage our children to have open, meaningful relationships with our loved ones, but we worry our kids will be pressured to believe things that aren’t true, or may even be harmful. No one wants to expose kids to the “family tension,” or say something that will make the the tension even worse. So what can be done? How can nonreligious types deal with religious relatives?

As always, there is a balance to be struck. And, as always, love and levity go along way.

1. See that big chip on your shoulder? Knock it off.

Okay, so you’ve been disrespected, condescended to, verbally attacked or even threatened. That shit will get under anyone’s skin. But if religion is ever going to become a non-subject in your house, you’re going to have to own your part in it. Approaching religious loved ones adversarially is that part. Often, we see religious exposure and treat it as religious invasion, or we hear words of faith and interpret them as acts of war. Try shedding your armor before you walk in the door. Adopt a loving posture, instead of a defensive one. Make jokes. Be self-effacing. And if all else fails, do what most families do and find a third-party to vilify. Far more dysfunctional families than your own have been saved simply by identifying a common enemy.

Do you honestly think your relatives’ religious views are going to succeed in “indoctrinating” your child. Not a chance. Children may go to church every Sunday with their grandparents, but they’ll still look to their parents for true religious guidance. So stop worrying so much. Explain to your kids that people have all sorts of religious beliefs, and encourage them to explore and ask lots of questions. Give your child a preview of what they might hear from relatives or friends at school. Tell them it’s okay to believe in God or not believe in God, and that people have lots of different ideas about how the universe was made and what happens after we die. Some people have such strong beliefs that they try very hard to convince others that their way is the right and only way. Encourage your children to listen and be respectful and that they have plenty of time to make up their own minds.

People love to talk about themselves. It makes them feel good. And if a person’s interests center on his or her religion, then allowing them to talk about his or her religion is a really nice thing. Think about how touched your mom would be if you invited her to tell your children about her faith. She’d no longer have to sneak around you (as much), or feel (as) resentful, or worry (as intensely) that you’re dragging your child to hell. Let your mother know that, as long as she doesn’t say anything hurtful, hateful or scary, she is welcome to expose your children to religion as much or as little as she likes. Be sure to encourage your children to engage in these discussions, too.

If you have an especially vocal family, and find yourself getting stressed out easily, you may need to lower your expectations a bit. Try promising yourself you won’t get annoyed until you hear X number of religious remarks or stories. Then set the X number kind of high. I used to do this when I travelled long distances with my toddler. If I resolved not to get stressed until she had three meltdowns, for instance, I didn’t exhaust myself trying so damn hard to prevent just one. My relaxed attitude made all the difference, and the trips always exceeded by expectations.

5. Understand that ‘rational’ has nothing to do with it.

Why are we non-theists so outraged, indignant and disgusted when we learn new things about religion? When we pick up the Bible or the Qur’an or the Book of Mormon, for example, and actually read some of what’s in there? “People can’t possible believe this stuff,” we nonreligious types say. “This book doesn’t make any sense, and it contradicts itself all over the place!” Right, sure. But religious people aren’t concerned about that. If God works in mysterious ways, every single supernatural and incongruous event in religious history can be justified. Can they be justified through rational thought? Of course not. That’s why it’s called faith. Let’s move on.

Because religion is often irrational, arguing about religion is usually pretty pointless. When was the last time you changed someone’s religion by arguing a point really well? I rest my case. If you find it fun to discuss or debate religious beliefs, and can do so respectfully, then have at it. But if you’re going to end up feeling frustrated or angry or thinking less of the person you’re debating, then leave it. This is one area where keeping your trap shut will reward you in spades.

The sad fact is that some relationships are not strong enough  — and never were — to withstand the divide caused by religious differences. Either the dogma and rhetoric is too thick to see through, or the religious belief has  becomes intertwined with out-and-out bigotry. If you no longer feel you get anything good or positive from a certain relationship, then you are within your right to limit visits or stop them altogether. Just be sure you think it through first, and that you’ve tried your best to make things work. Giving family members a chance to right their wrongs and correct their offensive behavior is a must if you are to feel good about your decision down the road.

June 6, 2013 It's Not a Competition: 8 Tips for Interfaith Parents
Recent Comments
0 | Leave a Comment
Browse Our Archives
Related posts from Natural Wonderers

Nonreligious
3 Things Secular Parents Do That I Wish...
Natural Wonderers 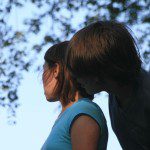 Nonreligious
7 Ways to Ensure Kids Make Up Their...
Natural Wonderers 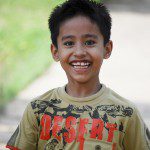 Nonreligious
In Lieu of Heaven: Give Kids Permission to...
Natural Wonderers 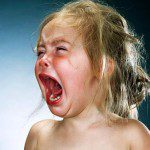 Nonreligious
In Lieu of Heaven, Give Kids Permission to...
Natural Wonderers
TRENDING AT PATHEOS Nonreligious